A Saint for a New Socioeconomic Order

Saints, G.K. Chesterton once pointed out, are an antidote to whatever the age neglects. Such figures restore the world to sanity by exaggerating whatever it has overlooked.

In today’s world of Trumpism, our little band here at the Dorothy Option is arguing that a large dose of Dorothy Day is long overdo for American society. But just as Chesterton juxtaposed brilliantly St. Francis and St. Thomas, the more to underline their complementarity, so we might propose a figure (also with a cause for canonization underway) to set beside Dorothy. Beside her radical charity, we need a model of radical solidarity–an apostle of cooperation, to use a key term of the new economy movement.

Fr. Jose Maria Arizmendiaretta (often shortened to Arizmendi) was a Basque, as were his illustrious predecessors St. Ignatius Loyola and St. Francis Xavier. In February 1941, the young priest arrived in his new post of Mondragon where the local priest had been shot by Franco’s forces. Battered by the war, Mondragon suffered from severe unemployment.  But the new padre had no training in business or economic matters.

But he was a close student of Catholic social thought (especially Rerum Novarum and Quadragresimo Anno), as well the writings of figures like Jacques Maritain and Emmanuel Mounier (whose work profoundly impacted Peter Maurin and by extension the Catholic Worker movement generally).

Don José Maria, as he came to be called, became the chaplain of the local branch of the Catholic Action movement.  He believed that the social solidarity which had been typical of Basque communities historically could be rejuvenated. In his plan for social reconstruction, the first step was technical education and then the creation of a cooperative business. By 1943, his efforts led to a new polytechnic school, a democratically-administered institution open to all young people in the region.

Importantly, the training at the school was not only technical: it was also informed by the personalism of its founder and his vision of the connection between Catholic social thought and the cooperative model, with all its benefits for both workers and consumers, indeed, for the larger society itself.

In 1955, five graduates of the school were ready to create their first industrial cooperative, the beginning of what would become the Mondragon Corporation, today an international federation of worker cooperatives , the fourth largest enterprise operating in Spain, and an employer of almost 70,000 worldwide with annual sales of $16 billion.

Amazingly, Mondragon continues to operate on ten basic cooperative principles: Open Admission, Democratic Organization, the Sovereignty of Labor, Instrumental and Subordinate Nature of Capital, Participatory Management, Payment Solidarity, Inter-cooperation, Social Transformation, Universality and Education.  The average wage differential between employees in the lowest and highest paid positions continues to be 1:5. Until the 2008 recession, no employee had ever been laid off at Mondragon.

The Catholic roots of Mondragon’s remarkable success are sometimes skimped or ignored, especially as the principles of Catholic social teaching are not peculiarly Catholic—except perhaps in the way CST combines them.

As a way of better understanding this Catholic vision and its relevance for our current situation, we might turn to the collection of Don José Maria’s remarkable Reflections (English translation free to download here).

We are looking here at a key document of CST, a collection of thoughts on both the human person and on work viewed through the cooperative model.  This little book is a spiritual bridge to rehumanizing the social order and overcoming the antisocial nature of our neoliberal regime.

Here are some sample entries:

A reflection to be applied to today’s “gig economy”:

A brilliant reformulation of the “rendering unto Caesar” teaching:

A much larger vision than the typical view of the nature of work:

Some corrections to Marxist notions:

Striking also, for the times, are thoughts such as these:

Finally, this call to a new social vision, a third way:

While the cooperative model cannot be viewed as the only “Catholic” form of enterprise, it offers a distinctive combination of elements. Last February, in an address to the  Confederation of Italian Cooperatives, Pope Francis recognized the cooperative movement worldwide (in which the top 300 organizations now represent $2.2 trillion in revenue!) for its contribution in building an “economy of honesty” and “a healing economy.”

Thinking of his own post-war Spain, Don Jose Maria put it this way: “The cooperatives are neither born to act as social guerillas nor to deteriorate as withdrawn bourgeoisie. Rather cooperatives are born to maintain human and social values which are live and operative, in the bosom of an old and enduring people, who have a renovating capacity and deserve better luck.” 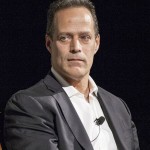 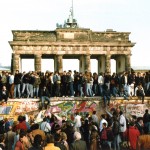 June 9, 2016 Dumb Things I Used to Believe
Recent Comments
0 | Leave a Comment
"The silence and clean air are pleasant reminders of what we have lost..Press the reset ..."
Ron Krumpos How to Understand the Great Silence ..."
"Thankfully your generation will die soon"
Rainbow Warrior Where Are the Churches?
"Then, how come the ones that speak up, all condemn facemasks and receiving communion by ..."
Daddy Sockdragger Where Are the Churches?
"Baby boomer Catholics like me just wish black people would go away"
RPlavo . Where Are the Churches?
Browse Our Archives
Related posts from The Dorothy Option