It’s the Catholic vision of the Shire: many small landholder families, owning the tools of their various trades, perhaps growing their own food, free from wage slavery. Nor is it an exaggeration to suggest that millions of people worldwide aspire to live this way–certainly it is part of the American cultural memory, vividly rendered in the work of writers such as Wendell Berry and going back to Jefferson’s idea of an agrarian democracy.

As formulated by G.K. Chesterton and Hilaire Belloc, distributism might appear to be nostalgic medievalism until you’ve read enough history to realize that it needn’t be merely nostalgic. We simply need to confront the reality that economic forces like those behind corporate farming must somehow be reversed if we are ever to restore some level of wealth and ownership to the millions who’ve been dispossessed over the last half century.

Groups like the Acton Institute–purportedly devoted to reflection on Christian economics–love to mock distributism (“What would Frodo do?”) as a system fit for Hobbits, precisely in order to avoid engaging its larger critique of capitalism. (Indeed Acton, that jolly billionaire protection society, likewise ignores economic models like cooperativism, endorsed by Popes John Paul II, Benedict XVI, and Francis. We are all Austrians in Grand Rapids!)

Perhaps the premiere voice of not only distributism but an updated neo-distributism conversant with Keynesian, Austrian, and other models in modern economic theory is John Médaille, author of Toward a Truly Free Market. The clarity of Médaille’s analysis is surely owed to the fact that he is not a professional economist, simply an incisive thinker. He is also a very reflective Catholic. (Interestingly, Médaille has been invited to lecture at Google but not, so far as I know, at Acton.)

As an introduction to distributism’s tenets–and to the larger subject of political economy in general–I recommend this self-interview Médaille did a few months ago. In it, he makes numerous striking points, among them:

Until the Catholic conversation around economics moves away from deadly austerity-driven and neoliberal nostrums (“trickle down is what you do in the smallest room in your house,” as Medaille phrased it), we will continue to be known as the brilliant tradition which has lost its way in these matters, content to watch non-Catholics take up and employ our best ideas. 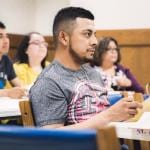 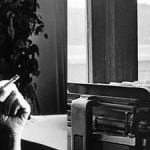 November 21, 2019 When Dorothy Day Met Hannah Arendt
Recent Comments
0 | Leave a Comment
Browse Our Archives
get the latest from
The Dorothy Option
Sign up for our newsletter
POPULAR AT PATHEOS Catholic
1

From Founding a Startup to Deloitte...
Through Catholic Lenses
Related posts from The Dorothy Option