Good news: Religion is fast going down the tubes in America

ONE of the world’s leading social scientists – Ronald Inglehart, above, of the University of Michigan – claims in a book soon to be published that the United States is experiencing a more dramatic shift away from religion than any other nation.

Religion’s Sudden Decline: What’s Causing It and What Comes Next is to be released in January by Oxford University Press. Writing in Foreign Affairs magazine – in an advance summary titled “Giving Up on God: The Global Decline of Religion” – Dr Inglehart said:

Growing numbers of people no longer find religion a necessary source of support and meaning in their lives. Even the United States – long cited as proof that an economically advanced society can be strongly religious – has now joined other wealthy countries in moving away from religion.

Several forces are driving this trend, but the most powerful one is the waning hold of a set of beliefs closely linked to the imperative of maintaining high birthrates. Modern societies have become less religious in part because they no longer need to uphold the kinds of gender and sexual norms that the major world religions have instilled for centuries.

Although some religious conservatives warn that the retreat from faith will lead to a collapse of social cohesion and public morality, the evidence doesn’t support this claim. As unexpected as it may seem, countries that are less religious actually tend to be less corrupt and have lower murder rates than more religious ones.

Needless to say, religion itself doesn’t encourage corruption and crime. This phenomenon reflects the fact that as societies develop, survival becomes more secure: starvation, once pervasive, becomes uncommon; life expectancy increases; murder and other forms of violence diminish. And as this level of security rises, people tend to become less religious.

He points out that:

Trump and the Republican Party are driving people away from religion

Inglehart  says that other factors beyond rising levels of economic and technological development help explain the waning of religion.

In the United States, politics accounts for some of the decline. Since the 1990s, the Republican Party has sought to win support by adopting conservative Christian positions on same-sex marriage, abortion, and other cultural issues. But this political appeal to religious voters has had the corollary effect of pushing other voters, especially those who are young and culturally liberal, away from religion.

Retreat of churchgoing in America may undercut the Republican Party, which depends on white evangelicals as the heart of its base.  In contrast, godless Americans tend to be compassionate progressives who have become the largest faith segment in the Democratic Party. The loss of religion may shift national political values to the left.

Personally, I hope the Secular Age continues snowballing until supernatural religion becomes only an embarrassing fringe. After all, belief in gods, devils, heavens, hells, miracles, visions, prophecies and the rest of dogma is extremely questionable.  It’s all a fantasy, a bunch of falsehoods, as far as any science-minded person can tell.  It lacks factual evidence.  The more religion declines, the more integrity is gained by society.

Come to think of it, maybe there’s a correlation:  White evangelicals swallow the falsehoods of faith – and they swallow the notorious falsehoods of President Trump.  Psychology researchers should study this gullibility pattern.

“The Happiness Researcher”, as Inglehart is known, celebrated his 80th birthday in 2014. In a piece published to mark the occasion, he was quoted as saying:

There are two paths to personal happiness. One is tied up with traditional religions, the other with achieving material well being. Did you know that the happiest people in the world are in Denmark and Sweden – these are countries where secular values and the desire for self-fulfillment predominate.

The fact that these countries are leaders indicate that even harsh winters can’t stop people feeling happy.

A 2018 United Nations study showed that Finland had overtaken Norway to become the happiest nation on earth, according to Christian Today that said it was “striking” that:

The ten happiest countries from the 2018 report are below, with the percentage of the population who say religion is important to them in brackets, if the data is available.

When compared with the world’s unhappiest countries it is clear they tend to come from poorer nations with lower average incomes and less access to social support and a lower life expectancy. They also tend to say religion is more important in their daily life. 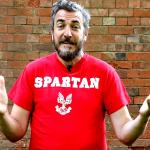 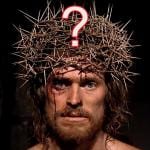 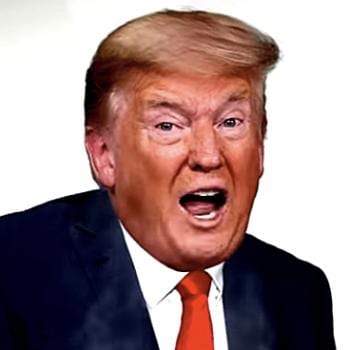