Alabama: Lawsuit launched against ‘so help me God’ voting forms

WHEN atheist Randal Cragun, above, attempted to register to vote in November 2019 he noticed that the form he downloaded from the Secretary of State’s website begins with ‘I solemnly swear or affirm’ and ends with ‘so help me God.’

Cragun, an Alabama resident and a visiting assistant professor of economics at Birmingham-Southern College, reportedly reacted by contacting the Secretary of State’s office to ask whether he could register to vote without using the phrase. He was brushed off and told there was no mechanism for doing so, and that crossing out the phrase would result in his registration form being rejected.

For the record, Alabama is the only state in the US to require such a declaration from voters on its registration form – and this, says the Freedom From Religion Foundation in a lawsuit filed on October 1, violates the rights of Cragun and three other plaintiffs’ First and 14th Amendments to the United States Constitution.

The lawsuit against Alabama’s Secretary of State John Merrill,  above, alleges that since the form does not offer a secular alternative to “so help me God,” it infringes upon the rights of voters.

Quoting a 1961 US Supreme Court opinion, the lawsuit says:

The United States Supreme Court has held as a settled First Amendment principle that neither a State nor the Federal Government can constitutionally force a person ‘to profess a belief or disbelief in any religion.’

Patrick Elliott, a FFRF lawyer, said in a press release:

The Secretary of State has willfully excluded non-theist citizens from registering to vote and is coercing a statement of belief in a monotheistic god by requiring non-theists to swear a religious oath.

The lawsuit is seeking a permanent injunction that would not only stop the state from requiring voters to swear so help me God when registering, but also order the Secretary of State to provide registration forms that would allow plaintiffs to register without using the phrase.

Merrill’s office did not comment on the case, noting that they have yet to be served. 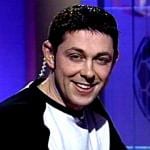 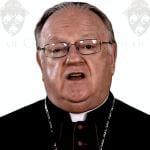 October 3, 2020 Screwed twice over: victims of abusive NJ Catholic clerics
Recent Comments
0 | Leave a Comment
"Costelloe claims that the 'church can and must also take whatever steps are necessary to ..."
David Cromie ‘Church has changed’ says archbishop after ..."
"I expect the 'holy father' had in mind members of the Roman church, such as ..."
David Cromie Pope Francis: Better to live as ..."
"It hardly matters how you slice and dice it, the fact remains that the man-god ..."
David Cromie Superhero Jesus comic branded ‘blasphemous’ by ..."
"???"
David Cromie Superhero Jesus comic branded ‘blasphemous’ by ..."
Browse Our Archives
Related posts from The Freethinker