THE chair of the UK Independent Inquiry into Child Sex Abuse (IICSA) – Prof Alexis Jay, above – says in the inquiry’s latest report that the Church of England was ‘in direct conflict with its own underlying moral purpose to provide care and love for the innocent and the vulnerable.’

According to the BBC, Jay said in the report published today:

Over many decades, the Church of England failed to protect children and young people from sexual abusers, instead facilitating a culture where perpetrators could hide and victims faced barriers to disclosure that many could not overcome.

The Guardian adds that Church of England bishops should be stripped of responsibility to keep children safe from sexual abuse.

Deference to the authority of the church and to individual priests, taboos surrounding discussion of sexuality and an environment where alleged perpetrators were treated more supportively than victims presented barriers to disclosure that many victims could not overcome.

Another aspect of the church’s culture was clericalism, which meant that the moral authority of clergy was widely perceived as beyond reproach.

Faith organisations such as the Anglican church are marked out by their explicit moral purpose, in teaching right from wrong. In the context of child sexual abuse, the church’s neglect of the physical, emotional and spiritual wellbeing of children and young people in favour of protecting its reputation was in conflict with its mission of love and care for the innocent and the vulnerable.

The report follows an investigation by IICSA into how the C of E and the Anglican church in Wales handled disclosure of sexual abuse. It said that 390 people – clergy and those in positions of trust in the church – had been convicted for abuse dating back to the 1940s until 2018.

During hearings last year, it heard evidence from Justin Welby, the archbishop of Canterbury; John Sentamu, the former archbishop of York; survivors of sexual abuse; and safeguarding experts both within the church and independent of it.

Its report concluded that bishops:

Should not hold operational responsibility for safeguarding.

Professional safeguarding officials, rather than clergy, were:

Best placed to decide which cases to refer to the police or social services, and what action should be taken by the church to keep children safe.

But it stopped short of demanding mandatory reporting to statutory authorities of abuse disclosures, saying it would consider further evidence on the matter and return to it in its final report.

Neither did it recommend independent oversight of the way the C of E handles abuse disclosures and allegations. Both were key demands of survivors and their legal representatives.

Richard Scorer, above, a solicitor acting for 20 survivors of abuse in the C of E, said:

This is a very damning report. It confirms that despite decades of scandal, and endless promises, the C of E continues to fail victims and survivors. Bishops have too much power and too little accountability. National polices are not properly enforced. Sexual offending by clergy continues to be minimised.

It’s clear from the report that huge change is still required, including proper support for survivors and removing bishops’ operational responsibility for safeguarding . To make change happen, we also need mandatory reporting and independent oversight of church safeguarding. It is imperative that IICSA recommends these in its final report next year.

Ahead of the report’s publication, the archbishops of Canterbury and York have apologised to survivors of abuse in an open letter. Justin Welby and Stephen Cottrell said:

We are truly sorry for the shameful way the church has acted and we state our commitment to listen, to learn and to act in response to the report’s findings. We cannot and will not make excuses and can again offer our sincere and heartfelt apologies to those who have been abused, and to their families, friends and colleagues.

IICSA has previously published reports on the church’s response to the case of Bishop Peter Ball, who was jailed in 2015 and a case study on the diocese of Chichester.

A 2019 report by the Social Care Institute for Excellence found that 59 out of 60 complainants were unsatisfied with the church’s response to their abuse disclosures. 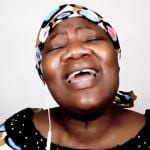 October 5, 2020
Failure to give Trump Hydroxychloroquine was 'criminal'
Next Post 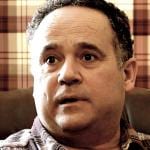 October 6, 2020 Preacher who abuses gays and Muslims complains of 'harassment'
Recent Comments
0 | Leave a Comment
"In the last days of his presidency his administration fast tracked federal executions including Lisa ..."
Phil Rimmer Christian zealot rips Alec Baldwin over ..."
"I think I misspelled the name of the group."
WMDKitty -- Survivor Don’t dick around with cupcakes in ..."
"...The premier institute to represent Islam and the international flagship for Islamic legal research. It ..."
Raging Bee Don’t dick around with cupcakes in ..."
"Every one of this dumbasses needs to watch this video response to their anger.https://www.youtube.com/wat..."
Mythblaster Ex-Mormon missionary ‘sorry’ for breaching the ..."
Browse Our Archives
get the latest from
The Freethinker
Sign up for our newsletter
POPULAR AT PATHEOS Nonreligious
1