THE Grand Mosque of Pantin in Paris had closure notices plastered all over it by police after it was revealed that had it had shared a video on its Facebook page showing the recent beheading of much-admired history teacher Samuel Paty, inset above.

The temporary six-month closure, according to Aljazeera,  was imposed on Tuesday as part of a crackdown on people suspected of inciting hatred.

The six-month order was “for the sole purpose of preventing acts of terrorism”, the notices issued by the head of the Seine-Saint-Denis department say.

The investigation into the grisly killing revealed on Tuesday the man who decapitated Paty had been in contact with a parent leading an online campaign against the teacher.

The breakthrough in the case came as President Emmanuel Macron promised more pressure after days of a crackdown that resulted in more than a dozen arrests, the mosque ordered shut, and a pro-Hamas group ordered dissolved.

Macron said during a visit to a Paris suburb:

Our fellow citizens expect actions. These actions will be stepped up.

Police sources said earlier the 18-year-old killer had exchanged messages on WhatsApp with the man who wanted Paty fired after his daughter told him how the teacher had shown cartoons of the Prophet Mohammed in a lesson on free speech.

The girl’s father was outraged by him displaying a caricature of the Prophet naked, and sought Paty’s dismissal for disseminating “pornography”. The parent was behind an online campaign urging “mobilisation” against the teacher.

The man, now in police custody, had placed his phone number on Facebook and exchanged messages with the killer – 18-year-old Chechen Abdullakh Anzorov, above – on WhatsApp in the days leading up to the murder, police sources told AFP news agency. Anzorov was shot dead by police soon after the killing.

Yesterday (Wednesday) the BBC reported that two students were paid to identify Paty to Anzorov.

The killer told the students he wanted to film the teacher [and] make him apologise for the cartoon of the Prophet [Muhammad].

He said Anzorov had told them he wanted:

To humiliate him, to hit him.

The students, aged 14 and 15, are alleged to have described Paty, 47, to Anzorov and stayed with him for more than two hours outside the school until the teacher appeared.

The pair, who cannot be named for legal reasons, are two of seven people the French authorities are seeking to prosecute over the brutal attack.

The killing came weeks after Macron expressed concerns about what he calls “Islamist separatism”.

In a speech earlier this month, Macron said:

Islam is a religion that is in crisis all over the world today, we are not just seeing this in our country.

His comments led to a backlash from the world’s Muslims, who claimed he was pandering to the far right.

Interior Minister Gérald Darmanin, above, said this week that France was confronted by an “enemy within”. According to Euronews Darmanin tweeted:

I am going to propose the dissolution of CCIF [Collective against Islamophobia in France] and BarakaCity, organisations that are enemies of the Republic.

We must stop being naive and face the truth: there is no accommodation possible with radical Islamism.

The minister told the Europe 1 radio station the two NGOs were “obviously involved” in the events that led to the killing of Paty, a history-geography teacher, near the school he worked at in Conflans Saint-Honorine, northwest of Paris.

Both have been accused since lasy Friday of taking part in a social media campaign against the teacher.

In a statement released on Saturday (French) , CCIF admitted it had been contacted by the pupil’s father but denied having harassed Paty.

Meanwhile, there are rising concerns of collective punishment regarding France’s response to the killing.

The European Network Against Racism said:

We are concerned by the political pressures, at the highest level of the French government, and intimidation campaign targeting a human rights organisation whose work is to address discrimination and hate crimes against Muslim citizens.

As part of a tribute to the slain teacher, anti-religious cartoons, some featuring Mohammed, were projected onto government buildings. 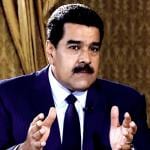