AMONG the tsunami of headlines that followed Trump’s impeachment acquittal, this has to be most bizarre: ‘Romney: impeachment row with fellow Republican was about “boxers or briefs.”‘

The Guardian reported today that there had been a “fierce exchange” between Mormon Mitt Romney, inset, and  Republican colleague Ron Johnson of Wisconsin in the Senate chamber. This row, insisted Romney, was not about whether witnesses should be called in Donald Trump’s impeachment trial but concerned the age-old question: “Boxers versus briefs”.

Romney was one of five Republicans to vote for the calling of witnesses.

Johnson was among 45 who still backed the former president.

Ron Johnson turned to Mitt Romney and was upset with him, even pointing at him once. Johnson was visibly upset … They were going back and forth with [Alaska senator Dan] Sullivan in the middle of them. I heard Johnson tell Romney, ‘Blame you.’ Voices were definitely raised.

Romney sought to downplay the argument, telling reporters it was about underwear preferences.

We were arguing about boxers versus briefs.

As an observant member of the Church of Jesus Christ of Latter-Day Saints, Romney has been seen to wear a “temple garment” under his clothes. Some public figures have been condemned for mocking the two-piece underwear as “magic Mormon underpants”.

Members of the church regard such mockery as prejudiced and offensive. 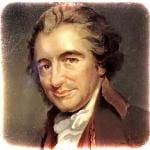 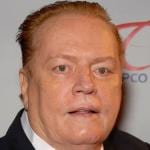 February 15, 2021 Atheist Larry Flynt, sued for defaming Jerry Falwell Sr, is dead
Recent Comments
0 | Leave a Comment
"You may be familiar with the atheist call-in show The Atheist Experience. People often call ..."
skinnercitycyclist Leading theologian’s son uses social media ..."
"I could imagine someone here reading what I wrote and thinking, "Hmmm, you seem to ..."
skinnercitycyclist Christian clown Mike Lindell to launch ..."
"Hurray to Abraham for saying the bible's not suitable for children. I told bible stories ..."
Jennny Leading theologian’s son uses social media ..."
"On Netflix is Come Sunday. One thing I notice is that when Carlton Pearson is ..."
Wisdom, Justice, Love Leading theologian’s son uses social media ..."
Browse Our Archives
get the latest from
The Freethinker
Sign up for our newsletter
POPULAR AT PATHEOS Nonreligious
1