Southern Baptists, coming apart at the seams, are furious at LEGO

Southern Baptists, coming apart at the seams, are furious at LEGO May 24, 2021 Barry Duke

YOU’D think with all the problems engulfing the Southern Baptist Convention (SBC), its leaders would have better things to do than attack LEGO for producing its first-ever rainbow set in honour of Pride month 2021.

Last Friday, the President of the Southern Baptist Theological Seminary Albert Mohler, above, released a 2,300-word rant on his website condemning LEGO for giving in:

To the corruption of  moral revolutionaries. Shame on the LGBTQ community for demanding this kind of affirmation. Shame on Lego for providing it.

This at a time when America’s largest Protestant denomination is riven by schisms, and is shrinking at an alarming rate – alarming for them but excellent news for those who find the SBC a particularly repugnant Christian entity.

Worship attendance was also down about 15 percent, with 4.4 million people attending in-person services on a weekly basis.

And the biggest decline was seen in baptisms, a key measure for the evangelical denomination. In 2020, baptisms were down by about half, to 123,160, the lowest number since 1919.

Add to that the fact Russell Moore, President of the SBC’s Ethics and Religious Liberty Commission, has resigned because he could no longer abide the SBC continued idolisation of Donald Trump, whom he once called “an arrogant huckster.”

Yet with all of this on his plate, Mohler found time to attack the Danish toy company and address that fact that every character, bar one, in the “Everyone is Awesome” LEGO set is “ambiguous” except for a drag queen.

I defy you to make sense of this paragraph:

Just one character is not ambiguous. What would be the meaning of that character? Well just wait for it. It turns out that the one figure that is not ambiguous is described as a purple mini figure with a highly stylized beehive wig. According … to Matthew Ashton, who is the designer of the set, this particular character, ‘Is a clear nod to all the fabulous drag queens out there.’

So, now we’re going from ‘awesome’ to ‘fabulous’, a word that has a particular meaning in this context but you need to note something. In order to be as inclusive as Lego is now determined to be, it has to say that not only must you have ambiguous characters, many of them in all the different colors of the rainbow flag, but if you’re going to have a drag queen, then that person is going to have to be gendered because the whole point of being a transgressive anti-gender gendered person is that you know this is actually a man who is in drag as a woman.

Shockingly, Mohler’s views were less bizarre than ones offered to Fox News audiences by host and extreme conservative Will Cain, inset above.In the midst of an outburst about the so-called “Re-segregation of America” due to programmes that prioritise people of colour, Cain brought former Ku Klux Klan leader David Duke (no relation of mine) into the argument.Cain said the “colour-coding” toy looks like Duke could have designed it.

He was yammering on in a segment called, “The Left’s Push for Racial Division,” and then invoked Martin Luther King Jr, who he claimed would never have supported the LEGO set.

This is the opposite of Martin Luther King’s dream for America or the American constitutional ideal that every man was created equal. 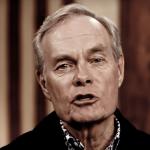 May 23, 2021
Plague rat pastor warns of the health dangers of homosexuality
Next Post 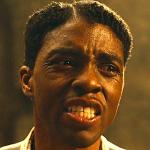