Ken Ham plans to add a Tower of Babel to his Ark Encounter July 10, 2021 Barry Duke

TODAY Christian Premier News excitedly reports that crackpot creationist Ken Ham is to launch a fundraiser to to enable him to build a replica of the mythical Tower of Babel adjacent to his silly Ark in Kentucky within the next three years or so.

My initial reaction was this is hardly news, for I remembered reading back in 2019 that Ham had already held a ground-breaking ceremony for the building, but that the project was plagued with problems.

So I did a quick search and discovered that the 2019 report appeared in The Babylon Bee, which had either invented Ham’s replica, or based it on something the imbecile had already said.

The Bee noted that:

Unfortunately, the project was quickly plagued with construction delays, from communication problems and translation errors to smiting from on high.

“こんにちは、バカ” shouted one worker as another put a beam in the wrong place. The other one shouted back, “Twoja matka była chomikiem!” Such arguing has stalled construction for the foreseeable future.

For those you don’t know it, the Bee is a satirical Christian site. Trump was certainly taken in by it when he tweeted a fake Bee news story last year about Biden.

This week, the Ark Encounter announced that they would begin to start researching, planning, and building their rendition of the Tower of Babel on the park’s grounds in Kentucky. According to Ark Encounter’s press release, this Tower of Babel model will tackle racism issues, showing how all people groups have developed from one biological race.

Next year, we will start fundraising for a Tower of Babel attraction that we hope to open in three or four years, where among other things we will help people understand what genetics research and the Bible say about the origin of all the people groups around the world. I can assure you: it will be a fascinating, eye-opening attraction.

One obvious problem with the project is that, if it were ever to be completed, it would run contrary to biblical mythology about the structure.

In this week’s Torah portion, there is a curious story about the confusion that arises when people speak different languages. The Torah reports that a group of people came together to build a city and a tall tower to avoid being scattered across the world.

However, God disapproved of their plans – for reasons not explicitly stated in the Hebrew text. In order to stop them, God mixed up their language so that they could no longer communicate well enough to finish their building project.

Another problem – and a much bigger one – was identified yesterday by The Friendly Atheist. Hemant Mehta set out to show that Ham knows as much about racism as a giraffe does about algebra.

Actually, Ken Ham is something of a broken record on this topic and not necessarily in a bad way. He’s said for years that racism is wrong – correct!  – but only because we all descended from Adam and are therefore the same race. In other words, his solution to racism is to pretend it doesn’t exist. He doesn’t see racism as any different from any other sin — and he thinks if we just ignore race and embrace Jesus, then race problems will disappear …

So, no, the Tower of Babel Part 2 won’t help anyone understand racism because the people making the damn tower don’t understand the first thing about the topic. 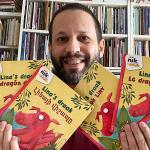 July 9, 2021
Book distributor fined in Hungary over an LGBT publication for kids
Next Post 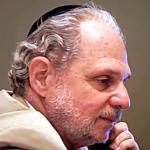 July 11, 2021 Jewish 'gay cure' outfit started by an ex-con ordered to pay $3.5-m
Recent Comments
0 | Leave a Comment
Browse Our Archives
get the latest updates from
The Freethinker
and the Patheos
Nonreligious
Channel
POPULAR AT PATHEOS Nonreligious
1