SCHOOL inspectors in England discovered a book that calls for the killing of homosexuals in a library of  the Institute of Islamic Education, an independent faith school run by the Markazi Masjid (‘Central Mosque’) in Dewsbury, West Yorkshire.

The mosque is one of the largest in Europe and is the European headquarters of the Sunni Tablighi Jamaat movement that seeks a “separation in their daily life from the ‘impious’ society that surrounds them” and imposes a strict Sharia code on pupils.

As a result of the discovery of Islam on Homosexuality – described by Amazon as “an authentic book on the evils of Homosexuality containing discussion in the light of the Quran, Hadith, History and mediciine (sic)”  – the school failed an inspection.

According to an Ofsted report the book says:

Participants of the homosexual act should be slained [sic] because in filth and mischief of [sic] this act surpasses adultery.

It also said “the evil doers should be put to death”.

The book had been stamped by the school as a library book. While the headteacher said the book should not have been in the library, other leaders stated that the book was for “research purposes.”

By permitting this book to be freely accessible to pupils, leaders are failing to promote respect and tolerance for others, a fundamental British value.

The head of policy and research at the National Secular Society described the discovery as “horrifying”.

It is appalling that a book calling for gay people to be executed could be found in a school library. It is even more disturbing that some school leaders appeared to defend the school’s decision to make this book available to children.

Schools have a duty to promote equality for all. Giving a space for hateful and homophobic religious propaganda clearly runs contrary to that.

The NSS has been lobbying the Department for Education to ensure that consistently failing schools are not allowed to indefinitely undermine young people’s fundamental right to a quality education.

In 2014 then Secretary of State for Education Nicky Morgan said a “firmer approach” would be taken to enforce standards when there was evidence of non-compliance.

Ofsted inspectors identified a number of other unmet standards at the Dewsbury school, including:

• Leaders had not addressed the safeguarding issues found at a previous inspection “with urgency”.

• Staff recruitment checks are not consistently completed before staff start their employment at the school.

• Leaders are not consistently informing the local authority when a pupil is removed from the school’s roll.

• Leaders have not ensured that the site is adequately maintained, and there is no suitable environment for pupils to play outdoors.

In 2015 the school was judged to be “good” by Ofsted, despite its isolationist ethos. Sky News got hold of documents given to parents which state that pupils:

Socialising with outsiders will be expelled if there is no improvement after cautioning.

Its Pupil and Parent Handbook also contains a Sharia section which lists:

Items that are prohibited in Islam … such as portable televisions, cameras etc.

Pupils are also banned from wearing “un-Islamic garments” and using mobile phones and music players at any time. 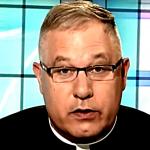 July 21, 2021
RCC sex scandal investigator resigns over use of a gay hook-up app
Next Post 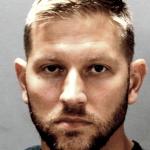 July 22, 2021 Let us prey: yet another youth pastor accused of sexual abuse
Recent Comments
0 | Leave a Comment
"So.... did you "find out more" ? ? ?"
CoastalMaineBird Christian mocked vaccines – then called ..."
"https://uploads.disquscdn.c..."
guerillasurgeon Abuse lawsuit launched against New Hampshire ..."
"When our church authorities going to figure out that people like this deliberately seek out ..."
guerillasurgeon Abuse lawsuit launched against New Hampshire ..."
"I don't think so. The idea that people become catholic priests to do their abusing ..."
Freodin Abuse lawsuit launched against New Hampshire ..."
Browse Our Archives
get the latest from
The Freethinker
Sign up for our newsletter
POPULAR AT PATHEOS Nonreligious
1