Along with the protest came a warning that, in future, any bookshops in the state of Gujarat stocking the book would be set on fire. According to The Indian Express, threat was issued by Jwalit Mehta, above, President, North Gujarat Bajrang Dal, a Hindu nationalist militant organisation.

We received a complaint that a certain book depicting Hindu god Lord Krishna in an objectionable manner is being sold at a bookstore. We went to the shop and found that many objectionable pictures and comments depicting Lord Krishna and Radha were published in the book with illustrations by Utsav Bhattacharya

As a mark of protest, we burnt the book outside the store. This is also a warning to bookstore owners in Ahmedabad that if they keep objectionable material that hurt Hindu sentiments, next time we will set fire to their shops.

The protesters’ anger was directed at a branch of the Latitude gift and book chain in Ahmedabad last Saturday night.

According to Vice, the Bajrang Dal is:

An armed organisation formed to protect their interpretation of Hindu heritage.

In 2015, Soutik Biswas, writing for the BBC, explained that the Kama Sutra, written almost 1,600 years ago by Sanskrit philosopher Pakṣilasvāmin Vātsyāyana, ignores the idea of sex for procreation and is only concerned with the sexual goal of pleasure. It was first published in English in 1883, in defiance of Victorian norms.

Biswas’ report quotes American Indologist Wendy Doniger, above, who teaches at the University of Chicago and has written nearly half a dozen books on Hinduism. She has also written a translation of the Kama Sutra and is looking to rescue the book from:

I want the reading public to know that it is a fascinating book about the subtle interactions between men and women in a highly civilised world, that it is full of profound psychological observations and very good advice about how to get married, how to stay married, and, yes, how to commit adultery.

Doniger’s “compelling” book The Mares Trap: Nature and Culture in the Kamasutra, published by Speaking Tiger:

Attempts to change the conventional understanding of Kama Sutra as a kooky book on sex and improbable sexual positions.

In her telling, the Kama Sutra is a sophisticated and courageous text, which assumes a kind of sexual freedom for women that would have raised the hackles of today’s puritanical censors.

Doniger said that Vatsyayana’s arguments in favour of the female orgasm are:

Far more subtle than views that prevailed in Europe until very recently.

To acute instructions to the man who wishes to commit adultery, detailing hundreds of stratagems by which he may sleep with the wives of other men.

At the same time, he is conflicted about adultery, pulling back at the end, and warning the men not do it, and guard their wives.

He also rejects traditional patriarchal line of ancient texts that recommend cruel punishment for any woman who sleeps with a man other than her husband.

Kama Sutra is equally informative about women’s thinking about ways of ending an affair, reveals surprisingly modern ideas about gender, is completely non-judgemental about homosexuality and has remarks that point to bisexuality.

The Kama Sutra’s ideas about gender are surprisingly modern, as we have already seen, and its stereotypes of feminine and masculine natures are unexpectedly subtle.

It also reveals attitudes to women’s education and sexual freedom, and non-judgemental views on homosexual acts, that are strikingly more liberal than those of other texts in ancient India – or, in many cases, contemporary India.

Doniger believes that this “astonishingly sophisticated book” – which was already well known in India at a “time when Europeans were still swinging in trees, culturally and sexually speaking” – is very relevant today.

The basic psychology strikes true again and again, and the level of sexual violence in our world cries out for a book like this to teach us how to control the dark side of sexual impulses and respect the feelings of our sexual partners; in particular, it cautions men against precisely the sort of uncontrolled sexuality that is too often expressed in rape. So yes, I feel it is very relevant to the 21C.

After her publication of her 2009 book The Hindus: An Alternative History, Doniger came under fire from Dr Madan L Goel, an Emeritus Professor of Political Science at the University of West Florida. He wrote:

I do not believe in burning books, but Wendy Doniger’s 779-page tome titled, The Hindus: An Alternative History, 2009, is a hurtful book. It is laced with personal editorials, folksy turn of the phrase and funky wordplays. She has a large repertoire of Hindu mythological stories. She often narrates the most damning story – Vedic, Puranic, folk, oral, vernacular –to demean, damage and disparage Hinduism.

After building a caricature, she laments that fundamentalist Hindus (how many and how powerful are they?) are destroying the pluralistic, tolerant Hindu tradition.

We are aware of the protests that took place outside one of our retail stores in Ahmedabad. We have not lodged any complaint with the police. There are no more copies of the said book in our store now. 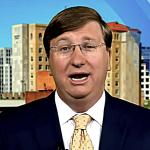 September 1, 2021
Most in Mississippi are 'less scared' of Covid-19 because of Jesus
Next Post 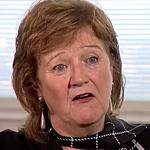 September 2, 2021 It's official: religious organisations pose a real threat to children
Recent Comments
0 | Leave a Comment
Browse Our Archives
get the latest updates from
The Freethinker
and the Patheos
Nonreligious
Channel
POPULAR AT PATHEOS Nonreligious
1