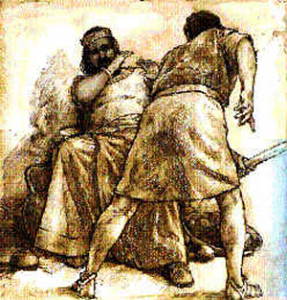 Momentum is a funny thing.

I don’t have to talk to you about how important it is to have momentum, but we all want to know how to create it when it’s otherwise nowhere to be found.

As we look at the ancient leaders of Israel, the second judge who led the nation after arriving in the promised land was a man named Ehud.

After Othniel died, Israel was overtaken again, and was under foreign rule for a period of eighteen years. This would be difficult for most of us in the United States to understand, since a president these days can only serve a maximum of eight years. Imagine what it would be like to have a known enemy (like the current leaders of Iran or North Korea) leading the government over our nation. Times would be uncomfortable and difficult.

So the people cried out to God.  And God sent them Ehud.

Ehud was your normal, every-day kind of guy…that is, until God raised him up as the nation’s deliverer. Ehud was the guy with the job of delivering tributes from his countrymen to this foreign king. Then one day Ehud made a sword.  Being left-handed he bound it to his right thigh under his clothing, and after delivering the tribute to the king, he killed him and snuck out of the palace unnoticed.

After doing away with the foreign king, he went back and rallied troops to attack the foreign armies, and they ended up killing 10,000 that day alone. From that day forward, there was peace in Israel for eighty years, as long as Ehud lived.

Did you see what happened there? Ehud took a nation that was at a standstill under foreign rule, and created the momentum not only to get them moving in the right direction, but to regain their independence and stay that way for 80 years!

The other amazing thing is that for Ehud to live for 80 years after this means that he must have been a young man when he changed Israel’s direction. It’s quite possible that he was in his teens, and was even born under the rule of the foreign king that he so boldly defeated. He wouldn’t have known any other way of life, but he still rallied to lead his nation into an new era of independence and peace.

Let’s take a look at four key principles that we learn from the life of Ehud, especially when it comes to building momentum:

Ehud was able to create, build and ride his momentum to a long, peaceful rule. He wouldn’t let anything stop him, nor should you. 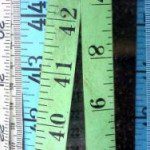 March 31, 2014 Measuring Up
Recent Comments
0 | Leave a Comment
"I'm a Human Resources professional, with 40 years in the field. I've been born again, ..."
Jay Sunderland Five Ways to be a Christian ..."
"Well the irony of your article certainly is fascinating. It seems Spurlock created a production ..."
Trevor Working for Free: Interning at the ..."
"If Jesus can't draw all men unto him, surely the alternate Savior, C.S. Lewis, can ..."
Father Thyme Serving God in the Business of ..."
"Great interview and perspective!"
Nancy Anderson French Serving God in the Business of ..."
Browse Our Archives
Follow Us!