Reflections on “Against Calvinism”

*The following is a book review written by Lawrence Garcia.

I know what you are thinking: “Not another book on Calvinism?”—yes, yes it is. However, before you assume that Roger Olson’s Against Calvinism is merely an attempt at opening up old wounds that will set theological progress back five centuries the answer is likewise a resounding “no.” No, precisely because the book is aimed at a particular brand of Calvinism that is gaining potency in our own generation as it sweeps up young susceptible minds throughout North America. This movement has been christened by some as the “Young, Restless, Reformed” or the “new Calvinism;” a reaction against the somewhat theological blasé form of Christianity that characterizes much of today’s western church. Olson remarks:

I will argue throughout the book that high Calvinism is not the best way of interpreting Scripture. It is one possible interpretation of isolated texts, but in light of the whole witness of Scripture it is not viable. Furthermore, I will argue that high Calvinism stands in tension with the ancient faith of the Christian church and much of the heritage of evangelical faith.

Nevertheless, before embarking on his quest to challenge the new Calvinism Olson first takes the time to explicate that he fully understands, without caricature, the other side’s position. A principle often passed over when apologetics advocate, and at the same time, defend their theological positions. So a large portion of the book is Olson’s re-articulation, not only high/new Calvinism’s position (a Calvinist will have to judge here whether or not Olson is successful), but also the history of Calvinism’s famed system of soteriology known as TULIP—an acronym for “total depravity, unconditional election, limited atonement, irresistible grace, and perseverance of the saints”—derived from the Synod of Dort in 1618-19. The Synod of Dort was a gathering of Calvinist theologians, scholars, and pastors responding to the “Remonstrance,” or the protest against aspects of Calvinism by followers of Arminius. With such helpful facts, one learns, and perhaps New Calvinists do as well, that “surprisingly it is not tied to precisely or exactly to what Calvin happened to teach, although it is historically and theologically indebted to Calvin.” Thus, one cannot help but become more nuanced in discussions on this ongoing debate, as one learns to delineate that “while ‘Reformed’ designates a branch of the Reformation and a broad and diverse family of Protestants, ‘Calvinism’ designates a set of beliefs about God’s sovereignty especially in relation to the doctrines of providence and predestination.”

What makes this book an exciting read is that Olson confronts New Calvinism’s best and brightest head on—names like Piper, Sproul, and Helm, just to name a few. According to Olson, what characterizes this Calvinist coterie is its “strong view” of God’s meticulous sovereignty. Piper, perhaps the most influential figurehead of New Calvinism, “believes that everything without exception comes to pass according to God’s foreordained plan and purpose and that God renders everything certain,” even the disastrous events of 9-11, as Piper famously stated, “without participating in evil himself.” Of course, this makes Arminians, Reformed, and even moderate Calvinists feel a bit uncomfortable and question how, in any sense, this leads to God’s “glory” (a sort of Calvinist catchall phrase to describe what motivates God). Olson puts it succinctly:

If high Calvinism is saying anything distinctive in its doctrine of providence, it is that God purposefully plans and renders certain and controls everything without exception. Talk of God as merely permitting sin and evil and innocent suffering stands in stark contrast with this strong doctrine of providence. If it is logical for Calvinists to say God permits or allows evil they can only mean that in a highly attenuated sense of “permits” and “allows”—one that falls out of the ordinary language of most people. Put it bluntly but clearly, according to high Calvinism, God wants sin, and evil, and innocent suffering to happen even if, as some Calvinists such as Piper say, it hurts God. And he wants them to happen in a casual way; he renders them certain.

Nevertheless, Against Calvinism is not against all things Calvinistic, just its manner of articulating them that inevitably, if followed to its logical conclusions, blurs the lines between God and Satan, good and evil, justice and sin, love and hatred, all in the name of “preserving God’s sovereignty.” Olson thus says, “yes to God’s sovereignty” and “no to divine determinism,” “yes to election” and “no to double predestination,” “yes to atonement” and “no to limited atonement,” and finally “yes to grace” and “no to irresistible grace.” Perhaps Olson’s most crucial and weighty critique of the New Calvinist coalition is its spurious use of Scriptural proof texts to back its TULIP system, especially its dehistoricization (inherited from post-Calvin scholasticism) of passages that for Paul and others were grounded in salvation history; not to mention the various “conundrums” that must be accepted with high Calvinism, not the least of which is the uncritical acceptance of “the combination of divine sovereignty and human responsibility.” Small wonder then that he “urges young, restless, Reformed Calvinists to think for themselves about Calvinism’s alternatives, including especially Arminianism.”

In the end, Olson’s book appears to be both an accurate assessment and successful critique of one of the largest theological movements of our day. His criticisms are valid, are guided by clear logic, and illustrate a clear grasp of the Biblical text that high Calvinism’s isolated group of proof texts will find hard to challenge. This book should be thoroughly considered by all those who, perhaps uncritically, are signing up for the young, restless, and Reformed reaction to what some see as a “Moralistic Therapeutic Deism” without knowing that there are other viable and robust theological traditions at hand.

Having put the book down, I realized that I am perhaps a de facto Arminian, though I will refuse to join this debate if at all possible. Nonetheless, I am compelled to make some brief comments that I hope all sides of the debate will humbly consider. First, our task as discipling theologians and pastors should always be to train those beneath us to rethink, in fresh and critical ways, what we have in fact taken for granted; and to allow the Spirit, exegesis, reason, and history to guide our conclusions, even, if this leads to a moderation of a much cherished position. For, all too often, we train mere repetitious clones, unable to think outside the theological box in which we have unwittingly placed God and his Messiah Jesus, and even condemning those who’ve tried. Even worse, we radicalize and canonize our positions as validation for one’s salvation, and dare I say even substitute them as “[g]ospel.” However, Jesus never demanded one have all their theological boxes checked before he called people to follow him in a cruciform way of life that placed love of God and neighbor as the summation of what it meant, and still means, to be his disciple. Thus, the ultimate litmus test for any theology, no matter how time honored, is whether or not it leads to the embodiment of God’s covenant love in Christ. If not, then one should seriously begin reconsidering their position.

Lawrence is the Senior Teaching-Pastor of Academia Church in Goodyear, Arizona. He is a pastor devoted to the educational growth of his congregants, and the raising up of a new generation of disciples, who will think, tell, and live out the Christian story. Lawrence is currently attending Liberty University.

***This book has a companion book called “For Calvinism,” which is why the title “Against Calvinism” makes sense and is not some arrogant statement of combative theologizing… 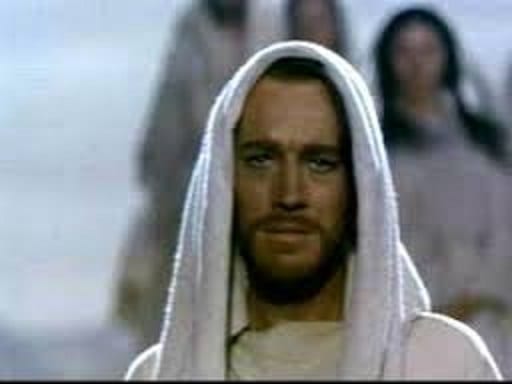 Why Church Won’t Change
If you hang around churches and church communities for long enough, you’ll...
view all Progressive Christian blogs
What Are Your Thoughts?leave a comment
Copyright 2008-2021, Patheos. All rights reserved.
Close Ad