You Might Be A Christian Nationalist If… January 17, 2012 Kurt Willems

Over the past couple of days I read a great book called, Hidden Worldviews: Eight Cultural Stories That Shape Our Lives (Wilkens and Sanford).  One of the “cultural stories” that this book covers is a common theme on this blog: nationalism.  We live in a nation whose citizens often put the cross and the flag together.  Acknowledging this, the authors offer up something of a litmus test for determining if nationalistic pride has co-opted the Kingdom of God.  In the spirit of Jeff Foxworthy’s “you might be a redneck if…” and in the same vein as the most popular article on this site (You Might Be an Evangelical Reject If),

Those are the four reasons the authors give that someone might embrace nationalism.  Sadly, these ideas are expressed amongst Evangelicals more often than we want to admit.

So I ask you, what would you add to the list?  Here are a couple from me: 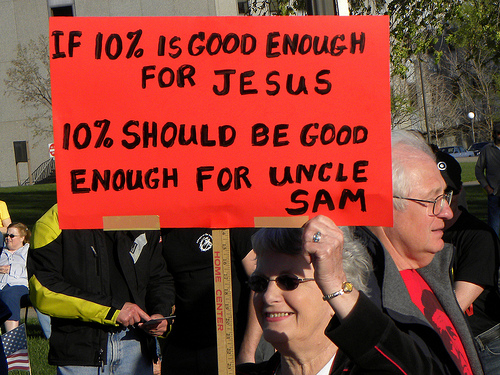