In the first part of the article, NT Wright demonstrates (importantly) that the reasoning for wanting women to have the chance to be bishops is NOT a matter of progress, but of good biblical exegesis. Those who argue that the church needs to “get with the times” hurts their argument amongst their critics. His description of the “progressive” argument and how it auto-deconstructs is full of wit as you might expect. Following these reflections, Wright says the following:

So what is the real argument? The other lie to nail is that people who “believe in the Bible” or who “take it literally” will oppose women’s ordination. Rubbish. Yes, I Timothy ii is usually taken as refusing to allow women to teach men. But serious scholars disagree on the actual meaning, as the key Greek words occur nowhere else. That, in any case, is not where to start.

All Christian ministry begins with the announcement that Jesus has been raised from the dead. And Jesus entrusted that task, first of all, not to Peter, James, or John, but to Mary Magdalene. Part of the point of the new creation launched at Easter was the transformation of roles and vocations: from Jews-only to worldwide, from monoglot to multilingual (think of Pentecost), and from male-only leadership to male and female together.

Within a few decades, Paul was sending greetings to friends including an “apostle” called Junia (Romans xvi, 7). He entrusted that letter to a “deacon” called Phoebe whose work was taking her to Rome. The letter-bearer would normally be the one to read it out to the recipients and explain its contents. The first expositor of Paul’s greatest letter was an ordained travelling businesswoman.

I pray for my sisters in other denominations that do not affirm women. The reasons are typically not rooted in good biblical hermeneutics  but reflect a sort of ‘picking-and-choosing’ that demonstrates the inconsistencies of hyper-literalism and attempted ahistorical approaches to exegesis. As I’ve made clear, one reason I take pride in my denomination, the Brethren in Christ, is that we ordain women bishops under the conviction that the Scriptures make no gender distinctions when it comes to being a leader within the church.

For more on what NT Wright says about Women in Ministry from a biblical interpretation perspective, go here.

For my series on this issue, “Liberating Women for Ministry,” go here.

For an excellent book that documents the stories of women who have been called into vocational ministry, go here. 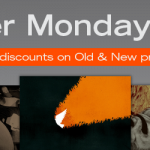 November 26, 2012
Art that is good for the soul, easy on the wallet, and provides water to the thirsty! @OldNewProject
Next Post 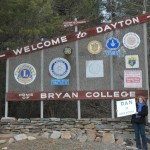