Revelation 17: The Whore, The Empire, and A Tale of Two Cities [observations and sermon download]

Revelation 17: The Whore, The Empire, and A Tale of Two Cities [observations and sermon download] May 13, 2013 Kurt Willems

If you follow this blog regularly (and my Facebook and Twitter feeds), you probably have noticed that I’ve been doing some research on the book of Revelation. Last week, I posted what I think will be the first of several scattered posts about my findings as I study the book [Corrective Strategies and Themes for Understanding the Book of Revelation (Tired of the chaos? Me too!)].

My first experiment in preaching from Revelation took place yesterday (5/12/13)… well, if we don’t count the obvious ways that I have incorporated Revelation 21-22 into my preaching engagements over the past several years. My home church, College Community Church – Mennonite Brethren, has walked through Revelation since the first week after Resurrection Sunday.

The passage I was asked to cover was Revelation 17. Specifically, I was invited to talk about how Christians are to relate to earthly powers. So, in continuity with the rest of the sermon series, I put together some thoughts on how to understand Babylon – the whore – and how to relate to our modern day “Babylon – the USA (download sermon).

Before I get too far into content, let’s read the biblical text (which was read aloud just prior to my sermon).

1 Then one of the seven angels who had the seven bowls came and said to me, “Come, I will show you the judgment of the great whore who is seated on many waters, 2 with whom the kings of the earth have committed fornication, and with the wine of whose fornication the inhabitants of the earth have become drunk.” 3 So he carried me away in the spirit into a wilderness, and I saw a woman sitting on a scarlet beast that was full of blasphemous names, and it had seven heads and ten horns. 4 The woman was clothed in purple and scarlet, and adorned with gold and jewels and pearls, holding in her hand a golden cup full of abominations and the impurities of her fornication; 5 and on her forehead was written a name, a mystery: “Babylon the great, mother of whores and of earth’s abominations.” 6 And I saw that the woman was drunk with the blood of the saints and the blood of the witnesses to Jesus. When I saw her, I was greatly amazed. 7 But the angel said to me, “Why are you so amazed? I will tell you the mystery of the woman, and of the beast with seven heads and ten horns that carries her. 8 The beast that you saw was, and is not, and is about to ascend from the bottomless pit and go to destruction. And the inhabitants of the earth, whose names have not been written in the book of life from the foundation of the world, will be amazed when they see the beast, because it was and is not and is to come. 9 “This calls for a mind that has wisdom: the seven heads are seven mountains on which the woman is seated; also, they are seven kings, 10 of whom five have fallen, one is living, and the other has not yet come; and when he comes, he must remain only a little while. 11 As for the beast that was and is not, it is an eighth but it belongs to the seven, and it goes to destruction. 12 And the ten horns that you saw are ten kings who have not yet received a kingdom, but they are to receive authority as kings for one hour, together with the beast. 13 These are united in yielding their power and authority to the beast; 14 they will make war on the Lamb, and the Lamb will conquer them, for he is Lord of lords and King of kings, and those with him are called and chosen and faithful.” 15And he said to me, “The waters that you saw, where the whore is seated, are peoples and multitudes and nations and languages. 16 And the ten horns that you saw, they and the beast will hate the whore; they will make her desolate and naked; they will devour her flesh and burn her up with fire. 17 For God has put it into their hearts to carry out his purpose by agreeing to give their kingdom to the beast, until the words of God will be fulfilled. 18 The woman you saw is the great city that rules over the kings of the earth.”

As I say in the sermon, “If that’s not an appropriate text for Mother’s Day, I don’t know what is…”

Several issues could be mentioned about this chapter of Revelation. Perhaps listing some of them here will help. For a more detailed analysis, of course, you will have to download the sermon and listen to it 🙂

Hopefully these insights give you a bit of an intro for how to understand the whore of Revelation, Babylon, and the call to discipleship. The actual sermon that I preached, contains much more, and presents these ideas and others in a more “inspirational” format 😉

You can download it here — Revelation 17 – The Whore, The Empire, & A Tale of Two Cities. 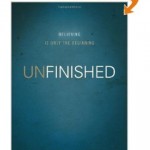 May 27, 2013 Re-Membering Memorial Day with Love
Recent Comments
4 Comments | Leave a Comment
"I am a seminary student and I do not see concrete proof in a Rapture. ..."
Charles Owen Why the Rapture isn’t Biblical… And ..."
"Good luck on trying to politely tell those who favor Patriarchy or complementarianism that you ..."
esbee Mutuality in the Church for the ..."
"yup, have you ever heard a Hungarian pronounce Gyorgi? George is WAY easier. I've never ..."
RMS Name Change Myth: Saul Never Became ..."
"The usual strawmen and abysmal research from someone with an axe to grind...and still manages ..."
Sojourning Whyman Why the Rapture isn’t Biblical… And ..."
Browse Our Archives
get the latest from
Progressive Christian
Sign up for our newsletter
POPULAR AT PATHEOS Progressive Christian
1