Many of you know that I’ve partnered with Logos Bible Software to give away a collection of 36 N.T. Wright books (enter contest here). I feel like I run the risk of overkill, but I want to let you know about one book in that collection that literally can change a person’s life: Surprised by Hope: Rethinking Heaven, the Resurrection, and the Mission of the Church. This is one book that I strongly believe could change the face of the church if every pastor read it and took its words to heart.

I’ve written in several places how N.T. Wright’s teachings on the renewal of creation (think here also of: inaugurated eschatology, deconstruction of rapture ideology, the union of heaven and earth, Romans 8.18-26, etc.) changed my whole perspective on faith. As Wright argues in the book, how we view the biblical story in many ways determines our disposition to real-world issues. In other words, he offers a robust theology of new creation unleashes missional imagination and engagement. This book on “eschatology” links up directly with how we engage in mission. Here’s a great quote that gives you a taste of what Wright is up to in Surprised by Hope:

The word eschatology, which literally means “the study of the last things,” doesn’t just refer to death, judgment, heaven, and hell, as used to be thought (and as many dictionaries still define the word). It also refers to the strongly held belief of most first-century Jews, and virtually all early Christians, that history was going somewhere under the guidance of God and that where it was going was toward God’s new world of justice, healing, and hope. The transition from the present world to the new one would be a matter not of the destruction of the present space-time universe but of its radical healing. As we saw in the last chapter, the New Testament writers, particularly Paul, looked forward to this time and saw Jesus’s resurrection as the beginning, the firstfruits of it. So when I (and many others) use the word eschatology, we don’t simply mean the second coming, still less a particular theory about it; we mean, rather, the entire sense of God’s future for the world and the belief that that future has already begun to come forward to meet us in the present. This is what we find in Jesus himself and in the teaching of the early church. (122)

In Surprised by Hope, N.T. Wright invites us to rethink…

Heaven – Heaven is God’s realm of reality that interlocks with God’s world in various ways. It is not some place “out there” but is God’s operating room for running the cosmos. Heaven, then, is not the final destination for those who are in Christ, but rather God’s renewed world will be. As Wright has said many times, the New Testament is not concerned with life after death but with “life after life after death.” The final destiny of all things is this world restored, healed, purged, and renewed. When this happens, heaven will come down to earth making all of God’s reality (both seen and unseen) one. Such a world will be stewarded by resurrected (material) human beings who finally are free to reflect God’s image perfectly to the earth.

Resurrection – This word doesn’t mean that we get a brand spankin’ new body when we float up to heaven (something non-material and “spiritual”). Resurrection, rather, affirms God’s commitment to this world and God’s people in this world. Just as Christ was bodily raised from the dead, the Christian hope affirms that we too will be raised in his likeness. Jesus’ own bodily resurrection was the firstfruits of God’s new creation which has been inaugurated right in the midst of this one. The world of today which is stewarded poorly by sinful humanity will be liberated when the sons and daughters of God are liberated (Romans 8). Humankind’s resurrection destiny is intrinsically tied to the “resurrection” of all creation. This world will be healed and so will all those who choose the Messiah as Lord.

So, is Surprised by Hope my favorite book? Yes. Should you read it? Yes. [available from Logos or Amazon]. Could this book change the world if its ideas were to be proclaimed and embodied in churches across the globe? Absolutely YES! 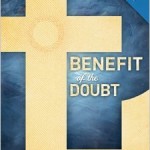 November 21, 2013 Female Bishops: Good for the Anglican Church! (moving a biblical direction)
Recent Comments
7 Comments | Leave a Comment
"big fan of Boyd"
Owen W Recommended Resources: "Spiritual Warfare" Series by ..."
"Wait"
Julia 2 Reasons NOT to ‘Keep Christ ..."
"What"
Julia 2 Reasons NOT to ‘Keep Christ ..."
"Only having come cross this blog today, as a South African, I would like to ..."
Keith McLachlan Name Change Myth: Saul Never Became ..."
Browse Our Archives
Related posts from The Pangea Blog