A Land without a People for a People without a Land? – Zionism, Jesus, & Israel/Palestine

A Land without a People for a People without a Land? – Zionism, Jesus, & Israel/Palestine March 4, 2014 Kurt Willems 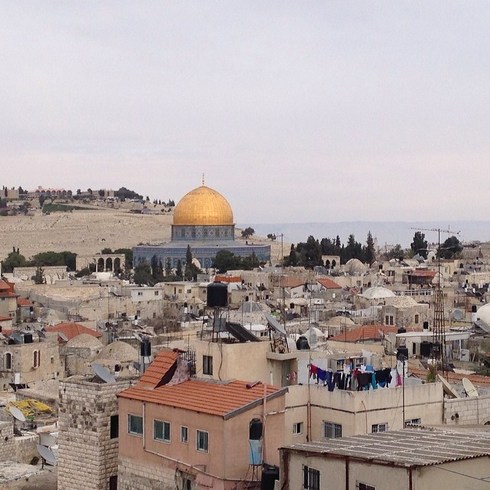 I’m writing this article from Israel/Palestine. I’ve partnered with The Global Immersion Project to learn from peacemakers in the region in order to apply their vision of peace both at home and abroad. As you can imagine, visiting this place is life-changing. Even prior to this trip, my heart broke for the people of this land. Before I get into my broken heart, let me rewind about 10 years or so.

In some ways the old me and the new me are the same. Still in love with Jesus. Still committed to historical, orthodox Christianity. Still loving people with a  deep desire to see everyone that I come into contact with flourish with God.

My framework for understand the answer to “why” all of that stuff matters shifted drastically. Part of my story involves how a highly “conservative” Bible teacher actually influenced me to embrace elements of theology that might actually be labeled “progressive” by some.

For a couple of years, every time that I would drive in the afternoon around 3pm, my radio would be tuned into “The Bible Answer Man with Hank Hanegraaff.” This show’s host takes callers questions about the Scriptures and attempt to solve their mysteries. Common themes such include: charismatic gifts, free will/predestination, creation/evolution, religions/cults, and many more. All of these issues peaked my interest, but one theme that caused me to return to the show was that of the “end times.” Mr. Hanegraaff had embraced a perspective called “partial preterism” which called into question everything that I understood about the book of Revelation and related passages.

Although I disagree with Hank in some nuanced ways now (i.e. dating Revelation [he holds to an early date in the 60s whereas I now hold to a late-date in the 90s], influence of empire, etc.), one of the most important things that he offered was a critique of Dispensationalism and its cousin Zionism. In such a system of theology, God is said to have two distinct peoples – modern Israel and Christians. What Hank pointed out is how often this sort of theology fuels a uniquely American (and Israeli) political agenda that nearly unconditionally supports the modern State of Israel – even to the harm of Palestinian Christians. By believing that God has two “peoples” in the impending “end times” future, evangelical Christianity often blindly supports oppression.

Two Peoples or One?

By answering the question of peoplehood, we can then take the next step and ask: Who has the rightful ownership of the Land from biblical perspective?

Although we won’t take the time to make a thorough argument about whether or not God’s people are divided into two groups or not, I want to highlight a few passages that give some of the basics. Paul states: “If you belong to Christ, then you are Abraham’s seed, and heirs according to the promise” (Galatians 3.29). The same kind of logic is put forward in Ephesians chapter 2 as well, where the division between the Jews and Gentiles has been done away with by the peace of the cross.  Out of the two groups God through Christ is forming a “new humanity.”

These two texts make clear that it is not nationality that determines Abraham’s family any longer, but all who “belong to Christ” are “Abraham’s seed.” The church is in direct continuity with all of the faithful Israelites throughout history, and all the promises in the Hebrew Scriptures, are now the Church’s (for Christians).  Except, since Jesus’ resurrection the land is expanded to the whole earth!  Therefore, to blindly support Israel because they are “God’s people” who have ownership to “God’s land” actually can harm the cause of Christ and is based on a theological system (contrived in the 1800’s) that has been consistently demonstrated to have little support in Christian theology. We should be pro-Israeli and pro-Palestinian and ultimately pro-human flourishing.

After the Holocaust, which is arguably the worst example of human evil in history, Jewish survivors were refugees. With energy for a Zionist (Christian and non-Christian alike) cause having emerged alongside secularist ideologies and Dispensationalism, the U.N. invited the Jewish survivors to inhabit the ancient land of Palestine. Arguably, this was in part due to the lack of hospitality from other nations who didn’t want a “refugee problem.” By 1948 (shortly after the end of WWII) the U.N. formally recognized the State of Israel – which many Christians still believe to be the fulfillment of prophecy. My view, is that it was a pragmatic solution that didn’t take into consideration that other peoples, specifically Arab peoples (Christian and Muslim), already had cared for Palestine for over 1500 years (and even earlier).

When this happened, villages were pillaged and Zionist soldiers murdered many Palestinians. Yesterday I was told that hundreds of Palestinian villages were destroyed. Just as the Jews found themselves refugees just a few years prior, now Zionists were causing a similar situation for the inhabitants of Palestine in 1948. Many fled to other Arab countries with the sincere belief that it would only be temporary. Others eventually found ways to remain in the land, but would never see their homes again. In fact, many families still have their keys to their homes which are passed down generationally as a reminder – as hope.

In the years that followed, the constant subjugation and marginalization of these folks created conditions that one can only compare to the Jews under the oppressive arm of the Roman Empire during the days of Jesus. A great personal account of the history of the early and emerging occupation can be read in Blood Brothers: The Dramatic Story of a Palestinian Christian Working for Peace in Israel (Elias Chacour). Every Christian should read this book. To this day, occupation continues.

An American Christian Reflecting in Context 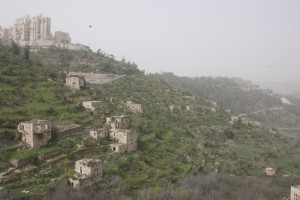 Sitting in a village that was taken over by Zionists (and ultimately the Nation State of Israel) broke my heart yesterday. One of the people on my trip said that he sensed that the village of Lufta (see image) was more spiritual than where we had just been at the Wailing Wall. I couldn’t agree more.

To be clear: this isn’t about “taking sides” or saying Palestine is good and Israel is bad. Rather, as followers of Jesus, we are invited to humanize both sides and partner together to create a shared future of forgiveness, equality, and human flourishing.

How we see this issue reflects our theology and ultimately how we see Jesus. Jesus is in the business of humanizing people – all people. In Jesus, the “land” is holy in Jerusalem, but also in the whole world. Every square inch of the cosmos is holy and it takes God’s holy people to join in God’s mission to reconcile all of it to God’s way of shalom or salaam.

I don’t yet know what this experience (which is still taking place) will mean for my own future. I know that I will never be the same. I also realize that I’m invited to never forget the struggle for justice and peace. This, I suspect, will have profound implications for my home church’s call to just-peacemaking both in our neighborhoods and in Israel/Palestine.

Check out The Global Immersion Project 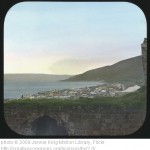 February 26, 2014
5 Essential Ways to Prepare for a Trip to Israel - especially if you're a Christian #IsraelPalestine
Next Post 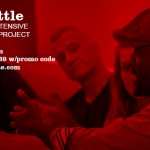 March 20, 2014 Cultivate Seattle: a one-day conference on peacemaking & mission (discount!)
Recent Comments
2 Comments | Leave a Comment
"big fan of Boyd"
Owen W Recommended Resources: "Spiritual Warfare" Series by ..."
"Wait"
Julia 2 Reasons NOT to ‘Keep Christ ..."
"What"
Julia 2 Reasons NOT to ‘Keep Christ ..."
"Only having come cross this blog today, as a South African, I would like to ..."
Keith McLachlan Name Change Myth: Saul Never Became ..."
Browse Our Archives
get the latest from
Progressive Christian
Sign up for our newsletter
POPULAR AT PATHEOS Progressive Christian
1 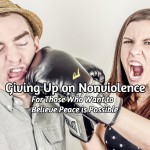 Progressive Christian
Giving Up on Nonviolence: For Those Who Want...
The Pangea Blog 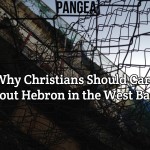 Progressive Christian
Why Christians Should Care About Hebron in the...
The Pangea Blog 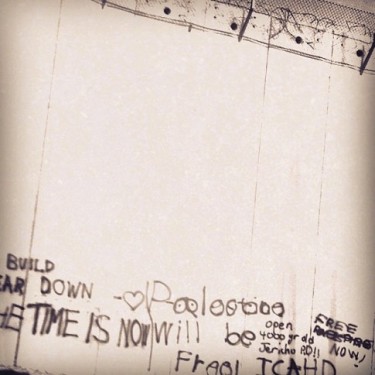 Progressive Christian
The Israel-Gaza Conflict has Names and Faces: Hearing...
The Pangea Blog