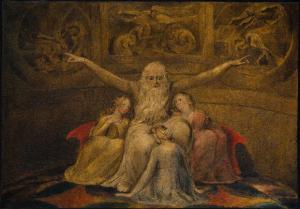 There are multiple ways that the Bible attempts to demonstrate just how radically new the God of Israel proves to be. Whenever the text bids us to “remember” the great deeds that YHWH has performed in the past—and that is a constant theme in the tradition—other texts rarely fail to offer occasions where God is about very new things. The classic example is to be found in Isaiah 43:16-19. Directly after Isaiah bids the reader to remember especially the grand events of the Exodus, where YHWH “made a way in the sea, a path in the mighty waters” that proves the death of the Egyptian chariots and horses, he goes right on to claim, “Do not remember the former things, or consider things of old. I am about to do a new thing; it springs up—do you not see it? I will make a way in the wilderness, rivers in the desert.” YHWH is plainly not confined to repetitious actions, based on past events, but is regularly involved with things brand new, unexpected, rich surprises.

Jeremiah knew this truth all too well. He spent his 40 years of prophetic ministry speaking for this YHWH, who commanded him to announce that God is in the business of “plucking up, pulling down, destroying and overthrowing,” as well as “building and planting” (Jer.1:10; the words are repeated in Jer.31:28). Among all these pluckings and pullings and overthrowings, YHWH may just turn and do some building and planting, too. This is a God who cannot be easily categorized or pigeon-holed or reduced to bumper sticker simplicity. Today’s text makes that point clear.

The center of the pericope is obviously Jer.31:31-34, the famous “new covenant” passage that has served biblical readers for centuries as a locus classicus for the language of “old covenant” (the Hebrew Bible) and “new covenant” (the New Testament). In this scenario, the coming of Jesus represents the new covenant, a covenant “written on the heart,” unlike the old one inscribed on tablets by Moses. According to this view, the Torah will no longer need to be taught one to another, but instead will be placed within each of us, so that all will know YHWH directly, and all teachers and preachers will be out of a job. I admit that this text has long struck me as a kind of council of despair. It suggests that all efforts to proclaim YHWH’s Torah have failed, and only a date with the divine surgeon for each of us will ever make it possible to know God. Of course, those shrieking evangelists have suggested for centuries that that is precisely what Jesus came to do, namely, to grab each of us by the lapel, cut open our breastbones, and write God’s truth directly on our hearts. Lest we “take Jesus into our hearts,” they say, we can never know the salvation of God. 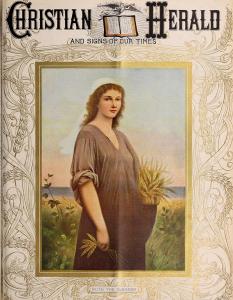 I readily grant to my evangelist colleagues that what Jeremiah suggests here is something radically new, a new covenant indeed. However, I think that what Jeremiah is in fact offering us is still another example of how the God of the new tends to operate. When this God goes for the “new thing,” it is indeed new! With that in mind, I wish to go back in the chapter to a fascinating verse that has received far too little attention. I refer to Jer.31:22. “How long will you waffle, sinful daughter? Look, YHWH has created a new thing: a woman surrounds a warrior!” Though the NRSV footnotes this final clause with one of its “meaning of Hebrew uncertain,” and my BHS (Biblia Hebraica Stuttgartensia) footnotes the clause “dub” (i.e. “dubious”), I find the phrase neither uncertain nor dubious. The Hebrew seems to me quite clear: “a woman surrounds a warrior,” it says, and it is another example of the fresh activity of the ever-new God.

Of course, in the typical run of things in the ancient world, as well as in the modern in the main, warriors always surround women. Women are often the prize of the warrior’s victory; women are too often the victims of a warrior’s lust and power. But in the new thing of God, women may now surround the warrior. In short, the world is turned on its head, and our usual expectations are dashed. In the same way, at Jer.31:29, a traditional way of thinking is rejected for something quite new: “In those days, they shall no longer say, ‘Parents have eaten sour grapes, so that the teeth of the children are blunted, because (now) each will die for her own sins; whoever eats sour grapes, their own teeth will be blunted.” In other words, there is no need to look elsewhere for the cause of one’s evil, since in God’s new thing, each one is fully responsible for her/his own sin. This new thing throws each of us back on our own responsibility, and bids each of us look long in our own mirrors to find the source of our folly.

In all of these ways, then, and in others, Jeremiah 31 suggests the freshness and newness of this radical God, new ways of viewing the world with fresh eyes. If a woman may now surround a warrior, the world is new indeed. I am reminded again of that fabulous text from Hosea 11:9. I fear the translation of the NRSV is not as helpful as it needs to be to open the radical nature of the prophetic word for us today. Let me try again to capture something of the newness of this text:

“I will not unleash my furious anger!

I will not again destroy Ephraim,

Because I am God, and not a male,

The holy one in your midst;

I will not come in fury.”

The Hebrew word “male” that the NRSV reads “mortal,” rarely if ever carries the generic meaning, but is in fact the common word for “male”. Hence, what Hosea appears to say is that YHWH is not a male, and because that is so, will not come in fury again against Israel. This reading is an extension of what one finds in the previous verse, where we are told that YHWH can no longer give Israel up, because YHWH’s “heart overturns within, while YHWH’s womb warms” (Hos.11:8). Hosea imagines YHWH possesses a womb, and thus can hardly be only or merely a male.

Our God is new every morning and fresh each day! We strive to limit the actions of this God to things we know and expect, while God is busy doing new things. Open your eyes to this radical God and allow that God to lead you into new and fresh ways of service and love for all that God has created.