During my first year of High School in Phoenix, I randomly chose from the library a copy of the very big book, Reich,The Rise and Fall of the Third Reich by William L. Shirer. I cannot at all remember what made me make that choice, but it had long-term repercussions for me that I could not have predicted. I became an amateur student of that period of European history and especially its most amazing and horrifying person, Adolf Hitler. Over my lifetime I have read any number of books about the Third Reich and its notorious founder. In addition to Shirer, who wrote other books about his time watching Hitler’s rise and fall, I consumed John Toland, Ian Kershaw’s many books, particularly his magnificent, two-volume biography of Hitler, among many others. I even have a German copy of Hitler’s messy and monstrous manifesto, Mein Kampf, or “My Struggle” in English, and have even read it, as appalling and poorly written as it is. When we lived in Dallas, we had a bookshelf facing our front door, so that the first thing anyone saw as they entered our home was a phalanx of swastika-clad books. My son’s Jewish friends were notably put off by these books, imagining that their friend’s father was some sort of closet Nazi. My wife finally forced me to take these books to my university office where they could be enshrouded in academic concern, rather than present examples of personal obsession.

I have been asked many times, and have mused to myself, exactly why this infamous man is of such interest to me. By any measure, he, perhaps along with Josef Stalin and Pol Pot of Cambodia, should be judged as human history’s most nefarious and destructive persons. His insane attempt to destroy all of Judaism, resulting in the abominable murders of some 6,000,000 Jews, by shooting and finally in gas ovens in numerous concentration camps, has become nothing less a byword for evil. It has often been said that if there were a Hell, Hitler would find himself the chief inmate, tortured unspeakably for all eternity. So, why my special interest in the man?

At least since John Milton’s “Paradise Lost,” the more interesting figure in literature is regularly the evil one. It is quickly discerned that in Milton’s grand epic, the real hero is Satan; or it should be said he gets most of the great lines. There is something deeply interesting about bad people and their bad actions. Of course, in our popular media, the bad person is often given a redeeming trait or two to soften the blows of evil. Many of our recent TV shows present heroes who are deeply flawed—Tony Soprano or the star of “Mad Men,” for examples, but they are also slightly sympathetic as Tony regularly attends his therapy sessions. Even the monster, Thanos, of the wildly successful Marvel Comics’ “Avenger” movies, possesses a kind of pathos about him as he attempts and fails to destroy the universe, or at least cleanse it to his own liking.

But I cannot use such an argument to explain my interest in Hitler, since I fail to find in him anything resembling pathos or any trait that might be called redeeming. He is monster, pure and simple, cruel with his followers and his perceived enemies alike. He apparently loved his German shepherd, but that will hardly serve as any sort of balancing quality. His loud proclamation and prediction of a “1000-year Reich,” promising a world cleansed of Jews and Slavs, controlled by the German master race, fell short by 988 years, a ludicrous fact for which our world is profoundly grateful. But his twelve years in power wrought acts so repugnant, so repulsive, that one cannot conceive of just what a thousand years of such notions would have looked like. When he killed himself, along with his hapless bride, Eva Braun, in that Berlin bunker in 1945, the universe breathed a collective sigh of relief.

But I am deflecting my question: why my interest? I think it comes down to my continuous confusion concerning just why the most sophisticated country in the world of the early 20th century fell prey to such an ignorant and fanatical beast as Hitler all too soon revealed himself to be. When I listen to some of the speeches he gave in the beer halls and great assemblies in the 1930’s, I am struck that not only was he an obvious demagogue, shrieking and shouting his hate-filled rhetoric into the ears of willing listeners, but his ideas were squarely based on the execration of many German citizens, Jews, who had lived side-by-side with Christian Germans for two centuries, who had fought with them in the Great War of 1914-1918, and who prided themselves on their patriotism and love for the Fatherland. Yet, Hitler, for no apparent reasons, simple hated all Jews and wanted them banished from Germany and finally wanted them all exterminated off the face of the earth. Vast numbers of good Germans, educated, professional Germans, heard this abominable language, yet shouted their “Heils,” raised their arms in salute to this man, and voted him into power. All too soon, he demonstrated that power was all he wanted, and he made himself dictator. And, of course, not only Germans found all this quite attractive; think of the famous Americans Henry Ford and Charles Lindbergh who found Hitler compelling and would gladly have had him as their leader, too.

I remain incredulous as I read again and again of how Hitler seduced his fellow countrymen and women into believing that only he could solve the problems of Germany and the world, only he could be trusted to make Germany great again and allow Germans to take their rightful place as masters of all the earth. Victor Klemperer’s searing diaries of the years of Hitler’s rise to power demonstrate in daily detail just how the nation was first seduced and then coerced into Hitler’s mad plans of world conquest. “Could such a thing happen here?” many have asked, particularly the Sinclair Lewis novel of that name. I leave the answer to that question to you. 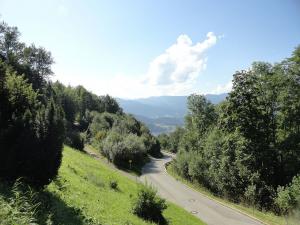 Last month, as a part of my wife’s and my 50th wedding anniversary trip to Bavaria, we stayed for three days in Berchtesgaden, a beautifully-sited city especially marked by the Nazi past. Early in Hitler’s elevation to political prominence, he fell in love with this tiny part of Germany. Most particularly, he coveted the stunning location on the Obersalzberg, and bought a small country house there in the 1920’s. When he became Chancellor, then Dictator of Germany, he greatly expanded that house until it became the Berghof, the site of a second headquarters for the Nazis and a place of retreat for Hitler. At the end of the war, allied planes nearly wiped out all the buildings on the mountain; ironically, Hitler’s house remained unscathed, and it is now a privately owned restaurant. The building is only accessible by bus on a one-way mountain road, followed by a short walk through a tunnel built in the 1930’s for use of Hitler and his minions, concluded by a ride on a huge elevator, drilled straight through the mountain that leads to the Berghof, now restaurant. Diana and I took this trip, even ate at the restaurant.

The views are magnificent, even astonishing. On a clear day, and we had one of those, one can see the outskirts of the city of Salzberg, along with small villages dotting the landscape far below on every side of the mountain. I have read that Hitler had installed in his chalet what was at the time the largest picture window in the world in order to be able to see his favorite view in winter as well as summer. Unfortunately, the restaurant does not allow tours of the building, so I had to imagine that picture window, along with the other locations of Hitler’s life on the mountain. However, it was quite simple to imagine the day in 1938 when Neville Chamberlain, Prime Minister of England visited the Berghof and offered the Sudetenland of Czechoslovakia to gain his supposed “peace in our time.” Of course, it was not peace, but appeasement, and Hitler went on to plunge the world into terrible war. 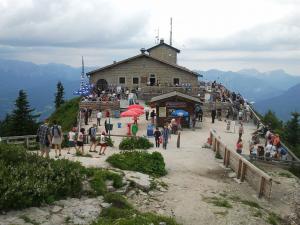 I admit to being unnerved by my visit; I sensed Hitler’s ghost everywhere. The amazing museum at the base of the mountain, Dokumentation Obersalzberg, prepared us for the trip up the mountain by cataloguing the Hitler story, complete with a reconstruction of the vast bunker he had built for his protection during air raids. In perhaps a final irony for me, and another proof of Hitler’s cankered presence, the soup I ate at the mountain restaurant made me sick, and I spent the next two days of our trip recovering. That part of our trip was quite literally a sickening experience for me. I had waited nearly 60 years to see for myself this place of Hitler’s triumphs and eventual collapse, and the result was my sickness. Did I deserve my upset tummy for my long interest in the life of Adolf Hitler? I hardly think that way, but it does seem to me of some curiosity that my visit led directly to an upset stomach. My rumbling stomach was a small example of the truly monstrous effects that this man had on Germany and the world. And that stomach bug may be a stark reminder that all nations should be ever vigilant when faced with anyone who promises that only he can solve their problems, that only he knows how the world should be, that only he is a wise and stable genius that may be trusted to make all things better. My study of Hitler has become for me a warning against easy solutions, against hate-filled rhetoric, against policies that exclude and deprecate rather than include and show compassion for all the world’s inhabitants. 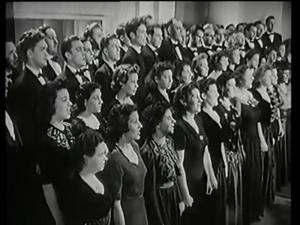