The Peripatetic Preacher and the Necessity of Doubt

The Peripatetic Preacher and the Necessity of Doubt January 7, 2020 John C Holbert 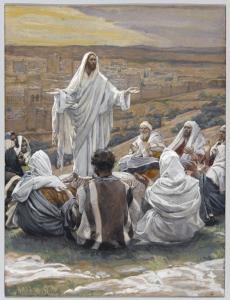 I am currently reading an interesting book, entitled Doubt: A History, by Jennifer Michael Hecht, 2003. In a brief comment I found from the author, she said she was writing a history of atheism, but her publisher decided that such a title would limit the book to religious doubts only, and they had something broader in mind. Nevertheless, what Hecht has produced in fact is a history of atheism, beginning with ancient Greece, moving to the Bible, to various eastern religious experiences and texts, up through the very beginning of the 21st century. It is an interesting book, written well, and filled with fascinating material.

For the purposes of my essay today, I am taken by the struggle Hecht’s publisher had to title her work for their particular purposes. They chose “doubt” over “atheism,” assuming that doubt is the broader, thus more widely engaging, title. My concern has less to do with the publisher’s decision than with the connections between the word “doubt” and “atheism,” that the publisher apparently found inevitable. May I respectfully disagree. Far from “doubt” leading inevitably to “atheism,” may I suggest that serious doubt may in fact lead directly to a robust faith. I do not limit my definition of faith to Christian or Muslim or Jewish or Jain, but rather wish to suggest that without doubt, no genuine and lasting faith of any sort is finally possible. Ironically, Hecht has, for me, not written a history of atheism, however much she intended to do so, but has written an introduction to the need for faithful persons of whatever stripe to look deeply and continuously at whatever faith they have chosen to embrace. All faiths must address the reality of doubt, lest that faith become dangerously convinced of its certainties, along with its absolute convictions of its own eternal “rightness.”

“There lives more faith in honest doubt, Believe me, than in half the creeds,” wrote Tennyson in his poem “In Memoriam.” I belong to the United Methodist Church, am an ordained member of that church, and we periodically recite one Christian creed or another during our worship services. I have long thought of formal creeds, whether the ancient Nicene Creed or any of the more modern affirmations, as “freeze-dried” faith statements. They enshrine in their words battles over theological niceties that embroiled churches and their leaders over now nearly two millennia. “I believe in God the father, Almighty, Maker of heaven and earth,” we say in one famous expression, and immediately my doubts are triggered. Since I had an earthly father who was essentially distant from my upbringing, whose memory for me remains quite problematic, to imagine God as father is painful and not ultimately helpful to me. Besides, there are more than a few biblical references to God as something more than father (see Hosea 11; Isaiah 43; Genesis 1, among other examples). And then there is the word “almighty.” My own theological struggles have led me to the conviction that I do not perceive God as almighty, but rather as “in process,” evolving and changing along with all creatures and the universe as a whole. And precisely how my God is “maker of heaven and earth” causes me to wonder just how that may be understood in the context of the vast and increasing scientific evidence of the origins and formation of the universe.

None of these questions on my part leads me to atheism. To the contrary! They lead me to a deeper understanding of a God whose role in my life and in the life of the cosmos is far more nuanced, far more mysterious, and ultimately far richer than any creed can contain. “I respect faith,” wrote Wilson Mizner, “but doubt gets you an education.” I would extend Mizner’s quotation as follows: “Doubt not only gets you an education; it also can lead to a more serious faith.” Perhaps Goethe said it most effectively: “We know accurately only when we know little; with knowledge doubt increases.” And that leads me to the book of Job, as so many modern problems do.

I adore the book of Job, as any of you who have read my essays on this site have noted for all the years I have been writing. The book of Job has, in my mind, never played the central role it should have played in the formation of both Jewish and Christian faith. Its undeniable and unmitigated demand for truth in the face of too easy answers has for me been the hallmark of my faith journey now for over 50 years. While the friends, and even Job at the beginning of the tale, are convinced that God rewards the righteous and punishes the wicked, it soon becomes more than obvious that that answer to the question of the true nature of God will simply not do. There is far too much evidence to the contrary, both in the world around Job and in Job’s own fate, to hold on to that nostrum any longer. And the author of Job batters that idea into rubble in every way he can in order that the reader may glimpse, however fleetingly, however dimly, a new and different view of God, one who is deeply engaged with a gritty and harsh world, but who is decidedly not in the business of “cleaning things up” by rewarding and punishing anyone for what they have done or said. The God of the speeches of Job 38-42 is creator all right, centered in the muck of the world, struggling with the pain and agonies of that world every bit as much as do we struggle with them.

The author of Job is led to this fresh series of insights about God and the universe because he doubts what he has been taught, and without that doubt, his new analysis is plainly impossible. I readily grant that doubt can lead to despair, to a loss of hope, to a harsh atheism and thus to a singular conviction that life has no meaning at all. Down that dark path one will discover Ecclesiastes, or Koheleth, as the Hebrew author names his book. Doubt clearly does not always lead to deeper faith. But I still claim that without a serious wrestling with doubt, there can finally be no lasting trust or faith in God, however that God is to be envisioned.

A now forgotten philosopher named Stanislaus, perhaps of Polish origin, wrote: “To believe with certainty we must begin with doubting.” Again, I agree, but I would slightly change his maxim, by replacing “with certainty” with “at all.” We must have the courage to doubt what we wish to believe, lest what we believe become foolishness or idiocy or dangerous bunkum. We live in a world rife with all three of those blights, a world of “alternate facts,” of “your truths/my truths,” of pseudo-realities of seemingly endless creation. Doubt what you read; doubt what you hear; and above all doubt your faith until it emerges as a faith truly worthy of your trust, of your very life. 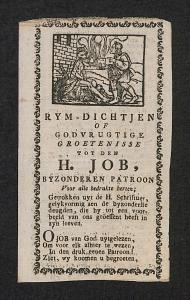