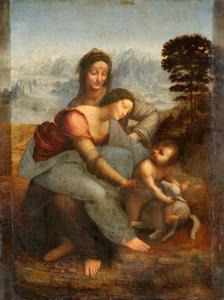 At the end of Lent, it is common for the lectionary of whatever sort to present the preacher/teacher with the apocalyptic material from whichever gospel is being addressed. This is so, because next week brings the start of Holy Week with Jesus’s immortal donkey ride into Jerusalem that kicks off the tragedies and triumphs of Good Friday and Easter. Mark, as the first gospel writer, set the tone by presaging the end of his tale with this strange and elusive writing that has caused no end of confusion, terror, and absurdity among readers since his composition in the first century. As a Bible teacher over the past fifty years, I have been asked to expound on such material by numerous churches more than any other parts of the Bible. The Book of Revelation has proved bread and butter to me hundreds of times, since so many faithful church folk hardly know quite what to do with all those beasts and dragons and sword-wielding angels, among many other infamous images. Mark does not paint such a rich portrait as does John the Revelator, but he employs the sorts of writing that was ubiquitous since the time of the Book of Daniel in the 2nd century BCE, whose latter half gives the world a large dose of apocalyptic style.

Just what is apocalyptic writing anyway? For perhaps 400 years, from Daniel around 165BCE, through Revelation in 95CE and for the next 100 years after that, numerous books using the style of apocalyptic were produced throughout the Mediterranean basin. The fact that only two lengthy examples, along with the shorter gospel materials, made it into our biblical canon suggests that this sort of writing had a short shelf life. That is so given its peculiar genre and intent. The word “apocalypse” means something like “unveiling,” “revealing” (hence the title of the Bible’s final book). Something is hidden and needs to be uncovered, and this mode of presentation itself offers an unveiling ironically in metaphors and images that are themselves hidden, because they do not readily yield their meaning to the casual reader. And because those images and metaphors present themselves as various beasts along with familiar objects like trumpets and bowls, and imply that they do not mean literally what they present, it is up to the reader to decode, to discern just what they might mean. And, further, because the coded metaphors are inevitably related directly to the time of their composition, with the passing years and the changing times, the references the images made to their own times become obscure, and we are left without clear historical antecedents for the metaphors.

Little wonder that mountebanks through the ages have seized on these pictures and pointed to their “meanings” for their own age, thus creating their own understandings, completely devoid of the meanings that the original authors hoped to convey to the readers of their own times. Modern purveyors of apocalyptic terror scenarios have made vast fortunes scaring modern believers into imagining that the end of the age is imminently coming, because this or that beast or this or that angel or bowl or trumpet or seal is really some contemporary country or person, sent by Satan (the great dragon of Revelation) to destroy unbelievers in order that the warrior Jesus may return in power to take true believers to heaven whence they may witness in celestial glory the eternal punishment of those who believe differently—all those Buddhists and Muslims and Jews and Jains and Sikhs, not to mention the countless so-called Christians who refused to toe the appropriate line and therefore have lost their reward.

So monstrously horrifying is this ridiculous scenario, given ad nauseum by any number of would-be modern “prophets,” that I have spent a fair amount of my church time suggesting that these so-called “prophets” are in reality no prophets at all, but rather hucksters playing on the eager desires of people who fear a God ever ready to maim and destroy those who do not follow that God in specific and commanded ways, ways commanded, of course, by those very hucksters themselves! In fact, as I have suggested for decades, a careful reading of Mark 13 would be salutary for these “prophets.”

Tattooing Mark 13:32 somewhere on one’s body where it might be regularly seen would be a most helpful exercise. “As for that exact day or minute: no one knows, not even heaven’s messengers, nor even the son, no one, except the Father.” Well, there it is! After Jesus has shared with his disciples the usual apocalyptic phrases about “final agonies,” that is labor pains, signified by wars and war rumors (Mark 13:7), the darkening of the sun and moon (Mark 13:24-25), and other familiar signs, he admonishes them that they nor anyone else can have any idea at all about when any of this might happen. There is no need to spend one’s time in what must be idle speculation. In other words, all you apocalyptic purveyors, you who claim to know the mind of God as revealed through a ridiculous and foolish struggle for modern historical meanings in ancient metaphors, have Jesus’s permission to simply shut up! They do not know anything and cannot know anything. And that should be the end of all that nonsense. But, of course, it will not be the end, as long as there are believers to be duped and money to be made. 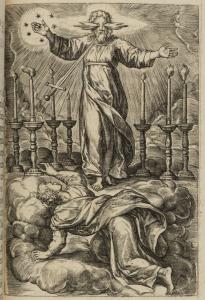 But why all this apocalyptic talk at all? It has been common among progressive Christians over the centuries to pass over Mark 13 in relative silence and get on to the good stuff of Holy Week. Yet, we should not avoid what Mark is trying to do with this peculiar language, what he is attempting to help us see just before Jesus is tested, tried, and delivered up to his death. With Mark’s use of apocalyptic imagery he doubles down on the huge significance of what all of Jesus’s followers are about to experience. “Be on guard,” he says. “Stay alert! For you never know what time it is” (Mark 13:33)! Like a person who takes a trip, putting his slaves in charge while he is gone, warning his doorkeeper to stay alert, so it is now for Jesus’s followers. They must stay alert, for they never know the time of the consummation of the age. Like the owner who may come at dusk, or midnight, or when the rooster crows, or early in the morning, in other words at any time at all, so must all followers stay alert and be ready to act. Mark is not here warning of some “second coming” of Jesus, a notion that was dreamed up in the late 19thcentury by so-called fundamentalist Christians, though no biblical evidence of such an idea actually exists. Mark has already said that “the time is fulfilled and the rule of God is near” (Mark 1:15). He now reiterates that claim, and bids all be alert to that reality.

Mark is convinced, as he says in Mark 13:30, that all the things that Jesus has said in his ministry, and the significance of all the ways he will fulfill that ministry in Jerusalem, will be witnessed and experienced by his own generation of followers. “I swear to you, this generation certainly will not pass into oblivion before all these things (all the promises and demands and hopes generated by Jesus) take place.” There is no need to conjure a false narrative about some pie-in-the-sky second coming; Jesus’s first coming is enough and sufficient. All who witness him in his life, all who hear clearly what he is trying to say, will certainly see the fulfillment of his life in their own lives, will become followers of his way if they discern what it is he has come to do. In the end, all the apocalyptic language is so much window dressing, serving primarily to up the ante of the significance of what is about to happen in Jerusalem. With Jesus’s coming, he announces the end of the age, the age of hatred and injustice and the continual attempts to climb to the top of the ladder, leaving others in one’s wake. It is true indeed that “some will not taste death” until they see the rule of God enacted in life. That is true for millions of followers through the centuries who have seen glimpses of God’s rule before their death. I know I have had such glimpses in my own life, though I have too rarely been alert enough to see all the glimpses I might have seen.

The world is now in the grip of a microbial menace known as the coronavirus. It has displaced so many people from their routines and has caused upsetting and isolating experiences for vast numbers of us. Still, glimpses of the rule of God continue to peek out from behind what appears to be chaos. I yesterday stood in a long grocery store line, having failed to find what I hoped to find there, but buying a few items I felt I might need down the road. In that line were any number of parents of young children, snapping up snacks and milk and cereal that would last for some days; the schools here in LA are now closed and some 700,000 students will not be able to return there for at least two weeks, and, I predict, rather longer than that. These parents now face hard choices about childcare and their own work. Many of these parents were running up grocery bills in the $400 and $500 ranges. But I noted that the mood was good, and the smiles were many. One buyer, a young woman, offered some of her proposed purchases to another buyer when she discovered that that person had four small children at home and needed more than she was able to find that day. A small act, perhaps, but a sign of a new age. In the National Basketball Association, that has made the decision to shut their league down, an act that may threaten the season entirely just before the playoffs were to start, several players have offered significant money to pay for the seasonal workers who are losing the salaries, those who survive as concessioners of popcorn and hot dogs and nachos. One player, the 19-year-old Zion Williamson of the New Orleans Hornets, has pledged $100,000 to help those workers in his arena make it through this difficult time. Kevin Love of the Cleveland Cavaliers made the same pledge. Yes, these players make millions of dollars, but that does not in any way weaken the gifts they have made. These are signs of the rule of God, a glimpse of God’s rule among us.

In Jesus we see the end of an age. He bids us still to experience and to live as if that age has indeed ended and a new age has dawned. May it be so! 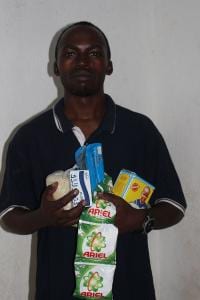 March 13, 2020
The Peripatetic Preacher, the Virus, and Fear
Next Post