So the pesky 10 words have come around again, and it is, as always, difficult to know quite what to do with them. We know well enough the culture wars that have sprung up about their placement on courtroom walls, public spaces, schoolroom doors, among many other spots. Even a Supreme Court judge of the state of Alabama was forced to leave the bench because of his refusal to remove these ten from his own courtroom. These Ten Commandments have become more a political football than the subject of serious theological and moral discussion.

I have long said that every preacher needs a series of sermons on the Ten Commandments, if for no other reason that they are far more discussed than understood, far more used for point scoring than for personal and communal guidelines. Please note that I said a series of sermons, not one. No preacher can do any justice to all ten of these laws in one sermon no more than she can do justice in a sermon that compresses all of Jesus’ beatitudes into one congealed mass. Each commandment deserves its own day. But unfortunately, the lectionary crowds them all into this one day in ordinary time. What to do?

Well, you could always deviate from the lectionary for the next ten weeks. I would recommend that. However, since I am following the lectionary in these brief commentaries, let me fly in the face of my own advice and offer some limited reflections on the whole. Let me state one certain fact for me as I try to appropriate what these ancient notions might mean in a 21st century world. That fact is: the first commandment controls all the rest. Let me try to explain.

I once visited Westminster College in Missouri where Harry Truman gave his famous speech about an “iron curtain” being erected in Europe. Later at that same college a very fine museum honoring Winston Churchill was created directly underneath a superb small English chapel, designed by the 17th century architect, Christopher Wren. In the front of that chapel there stands a very large marble depiction of the Ten Commandments, with the Commandments written in scrolled King James English. As I looked at it, I quickly noticed that something was missing—the Jewish first commandment! The monument’s list began with “Thou shalt have no other gods before me.” The list was from the Westminster Catechism, a list that was used in England after the English Reformation of the 16th century. 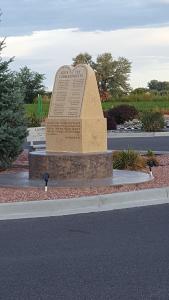 Why is it important to include that first sentence of the first commandment? Several reasons come to mind. First, before we can take seriously these divine commands, offered to Israel straight from YHWH on the mountain of Sinai, we need to know just who this YHWH is. This God is none other than the God who brought Israel out of Egyptian slavery. The very definition of this God is the author of freedom; YHWH is in the freedom business. Once I know that unalterable fact, then I can see the rest of the commands as examples of God’s desire to keep us free—free from killing, adultery, stealing, lying, denying the importance of our parents, throwing the name of YHWH around for nothing, refusing to take time away from our own pursuits, from creating idols of our own. Humans have many ways to toss themselves back into one sort of slavery or another, but YHWH is ever ready and anxious to bring us out.

The second valuable reason for the first announcement of the God of freedom is to help us remember what that God has done for Israel and for us. As we read these ancient words in our own modern contexts, we can rely on the power of YHWH to free us from whatever bondages we find ourselves in or which we create for ourselves. It is important to know that no prison is dark enough, no cell too heavily barred that YHWH cannot find us a way out.

Third, this first sentence is a clear statement of the grace of God. We need not read only our New Testaments to discover the sort of God we worship. YHWH brings us out, frees us, because YHWH loves us, as Deut 7:8 so poignantly says. Paul’s magnificent claim about the unbreakable love of God in Romans 8 he first learned from his Judaism.

Let us take a brief look at one of the other commandments as an example of the power of the first sentence. “You must not kill,” reads commandment 6 (or 7 in another enumeration). Multiple translations read this verb as “murder” (NRSV, for example). I think that reading is not possible. The verb used here occurs in many instances of killing, from premeditated murder, to accidental killing, to death in battle. In short, the verb covers all sorts of killing. The murder translation is too specific; the command says “don’t kill.” Humans are addicted to killing. The 20th century was by any count the most brutal in the world’s history. Hundreds of millions of people were killed in wars, famines often caused by war, and other ways too many to enumerate. Capital punishment remains very active in the USA; I live in the state, Texas, where more instances of capital punishment occur than any other state, over 250 in 2010.

This is killing, whether one agrees it is just or unjust to do so. The commandment says “you must not kill.” Why? Because life and death belong to God, and not to us. No human life can be taken lightly, however heinous and horrible one finds that life to be. But if the commandment is what it is, namely a general proscription against all killing, then the divine bar is set very high. YHWH can free us from our addiction to killing; it is YHWH’s desire to do so. We need not kill our brothers and sisters to make a way for ourselves. We must not kill. The God of freedom has a better way.

The Ten Commandments are worth our most careful thought, especially in the 21st century, which seems so remote from their prescriptions. But they are far from remote and alien to us, because YHWH wants us to be free, free from our vain desires, free to love God and God’s rich creation. 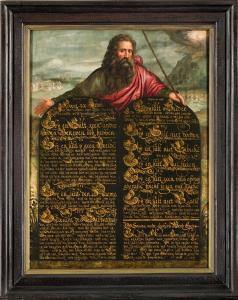