Biblically, there is simply no such thing as private salvation, a kind of “come to the garden alone” with Jesus, “who walks and talks with me” and “tells me I am his own.” That famous hymn, always among the top five on the churchy charts, paints a portrait of our relationship to the Savior that is in the main false, and at its worst finally short-sighted in the extreme. For all of you who have marched down the aisle of a church at the behest of an entreating preacher, seeking some kind of deep connection with a Jesus whom you might “take into your heart,” and thereby “be saved,” that action means precisely nothing unless it is followed by very public actions of community service and very public proof of a genuinely changed life. A Billy Graham body count—“212 saved in Minneapolis”—possesses little real significance beyond comparisons to similar counts in Dallas or New York. Just what have these “saved” souls done after the emotional jags of the crusade have faded, and they have drifted back into their lives? Let’s have a brief look at what the Bible has to say about all this, using perhaps its more famous passages to make the point.

In the Hebrew Bible, YHWH, God of Israel “saves” Israel in very materialistic and physical ways. The central word used (yasha’) means rescue, deliverance, or emancipation. YHWH rescues Israel from its many enemies (Is.49:25), delivers Israel from its foes (Judg.3:9), and frees them from captivity (the central story of the Exodus from Egypt). Several important biblical names are rooted in this Hebrew word that stands at the center of the life of the people with YHWH: Joshua, Isaiah, Elisha, Hosea, and later in the New Testament, Jesus himself, all possess names based on the word “save”. Even when certain psalms refer to individual rescue, those psalms were used in experiences of corporate worship, thus affirming that solitary religious experiences in Israel were finally not solitary at all; they became part of the fabric of community praise, worship, and social activity that transcended by necessity any so-called lone behaviors. In summary, in the life of the people of Israel, the gospel of salvation was the announcement of God’s rescue from the powers of death, in the many guises that death could take for them.

Isaiah 40:10 says it like this: “Look! YHWH God comes with strength, God’s arm ruling on God’s behalf, God’s reward accompanying, God’s compensation preceding!” This phrase was uttered by II-Isaiah in the midst of the Babylonian exile of Israel in the 6th century BCE, spoken to a broken people whose hopes for any return to their lost land had been for decades a fading dream. But this God does indeed rescue, claims Isaiah, who later adds to them at 52:7-8 that “God’s messengers announce peace (shalom), bring good news, proclaim salvation,” and as a result, “the sentinels of the city (Jerusalem) raise their voices, singing for joy, for in plain sight they see the return of YHWH to Zion.” This God’s salvation is in fact rescue and deliverance for a community in need of both. 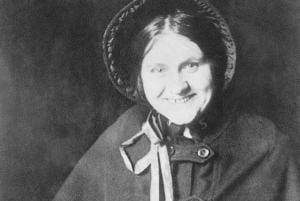 We may now turn to the single most memorized and quoted passage in the New Testament, one that has for years been painted on home-made signs, and lifted in the end zones of NFL football games, in order that millions of Sunday viewers, who have chosen the game over church (including, of course, the sign holder, too) will be exposed to its grand Christian truth. I refer to the Gospel of John and those signs’ admonition to “Obey John 3:16!” I suggest that the signs arise from that false idea that I began my essay with today, that the Johannine passage does in reality demand an individual salvation decision, a kind of “Jesus and I on the beach” encounter in order that I might “be saved,” and spend my eternity in the heavenly realms of God. I find this experience profoundly ironic, since this particular text from John’s Gospel in reality does not admonish an individual salvation event at all! Quite the contrary! John announces something far more radical, far more exciting than my solitary decision to accept Jesus as savior.

Let me translate the famous words once more in order that we might once again capture the thrill of what John is trying to say. “For God loved the cosmos so much as to give God’s only son, so that all who believe in him will not perish but will have an eternal life. It is certain that God did not send the son into the cosmos to condemn the cosmos, but in order that the cosmos might be saved (or “made whole” or “rescued”) through him.” John’s vision of the work of Jesus Christ far transcends the limited idea that Jesus’s coming at God’s behest was simply for my salvation, for my promise of eternal life. Jesus has come among us to do nothing less than remake, to rescue the entire cosmos of God, all that God has made. Hence, to obey John 3:16-17, as our football guide urges us, is to affirm and live the fact that Jesus’s life and death and resurrection were offered by God as the way to effect the rescue and deliverance, the making whole, of the entire cosmos. Now that is a large enough conviction to make all lives new, to assure that in Jesus all things may find hope and possibility again in the midst of an oppressed and fractured universe.

This same conviction may be found also in the soaring words of the letter to the Colossians, where the inspired author announces that in Christ “God was pleased to reconcile (to “restore harmony” or “to unify again”) to God’s self all things, whether in heaven or on earth,” hence the entire cosmos, as John expressed it (Col.1:20). These grand words mirror the Hebrew Bible that heralded the salvation of God is for all things, all creatures of the cosmos, whoever or whatever they may be. God’s salvation is public and universal, never private and individual.

Now I know that some of you will say, “But God’s salvation must start somewhere, and surely that somewhere is with each individual who hears God’s call.” I certainly agree, but that is never where the matter rests. As we United Methodists are fond of saying, “God first justifies us, despite what we do or say, and then we with the presence and help of God spend a lifetime exploring and seeking God’s sanctifying grace in order to move us on toward perfection.” I find that about right. What that means in terms of salvation is that God’s rescue and deliverance is always authored by God, but our response to it must find its power in actions of love and justice in God’s cosmos, that cosmos that Jesus came to rescue, to free, and to make whole as it was in God’s initial creation. Thus, salvation is both event and response, both an accepted choice and a choice of lifetime work for God. In short, salvation is publically demonstrable in works of love and justice or it is no salvation at all. The Bible tells me so! 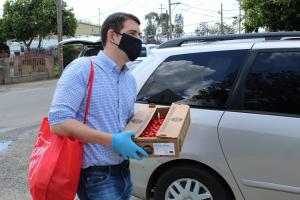 QAnon and Gullible Christians: The Devil...
The Thoughtful Pastor
Related posts from The Peripatetic Preacher