The story of King David, found in the two books of Samuel, and the first two chapters of 1 Kings in the Hebrew Bible, is fabulous literature and complex theology all at once. Though the use of the tale has too often been flattened into a simplistic and pious melange of “who is good and who is evil” preacher pablum, the narrative, when read with care, energetically resists such trivializations. The dangers of the misuse of the story have become all too real in our own time. When Donald Trump was elected president in 2016, many religious people attempted to explain–or explain away–Trump’s numerous “falls from grace” (paying off porn stars, lying about inaugural crowd size, bullying those who disagreed with him, downplaying the horrors of a global pandemic, among countless others) by suggesting that, just like King David of Israel, Trump was, despite his shortcomings, in fact “a man after God’s own heart” (see 1 Samuel 13:14 and Acts 13:22). The argument went: God has in the past used any number of flawed individuals to perform the divine will, and the astonishing rise to power by Donald Trump is simply another example of that theological truism.

I have in other essays, written during the Trump presidency, tried to demonstrate the weakness, if not outright blasphemy, that such arguments represent; I will not repeat that discussion here. What interests me today is the actual meaning of the phrase “a man after God’s own heart,” as it is found in the story of David in the Hebrew Bible and as the story is used by Luke, the author of the Book of Acts in the New Testament. It could be that a clearer understanding of the phrase might result in a more nuanced apprehension of what the Bible may be saying about the figure of David, and will surely put the phrase more squarely in its own scriptural contexts.

The Samuel context is fascinating and must be heard carefully if its rich nuance is to be fully appreciated. The larger context of the phrase at 1 Sa.13:14 must be understood. The prophet Samuel, who has anointed Saul king at 10:1,  has publicly reiterated  his kingship at 10:17f, and has still again renewed Saul’s coronation at chapter 12, directly after Saul’s resounding victory over the cruel Nahash and the Ammonites, has demanded that King Saul await Samuel’s coming before he offers sacrifice to YHWH prior to taking the field of battle against Israel’s most dangerous enemy, the Philistines. Presumably the prophet makes this demand because he feels that only he, Samuel, as chief priest in the land, possesses the right to lead  sacrifices to God. Of course, kings regularly offer sacrifice in the biblical story, perhaps making it somewhat arbitrary for Samuel to make such a demand. The Philistine army grows stronger, but Saul insists that before Israel can join the fight, they must offer right sacrifice to YHWH. He waits the “seven days, the time appointed by Samuel, but Samuel did not come to Gilgal” (1 Sam.13:8). Saul’s army, fearing disaster, “began to slip away from Saul.” Finally, the desperate, but deeply religious king can wait no longer. He offers the sacrifice to YHWH himself. “As soon as he had finished the sacrifice, Samuel arrived” (1 Sam.13:10). Samuel demands to know what Saul thinks he is doing, and the king cooly replies that he waited the designated days, but seeing that the battle to come was heading toward certain defeat, and knowing he simply could not go to fight without recognizing and propitiating the God of battles, he did what needed to be done.

Samuel’s reply is withering. “You have played the fool! If you had only kept the commandment of YHWH your God that was commanded of you, YHWH would have made your reign over Israel unshaken forever.” Samuel’s speech makes a very large assumption: he assumes that his commands are identical to YHWH’s commands. In reality, as the text clearly says, it was Samuel, not YHWH, who had given Saul the detailed instructions about the seven-day delay at Gilgal (1 Sam.10:8). In high prophetic pique, Samuel rages against Saul, employing the words “commanded” and “commandment” again and again. He continues by saying, “Your kingdom will not stand,” and he believes this fact because, we may only conclude, that his sacrificial prerogative has been usurped. Upstart Saul, whom Samuel has made king, in the prophet’s eyes has no right whatever to take over the role that the prophet has long taken for himself. One may only suspect here that this entire scene has been a set up, ensuring that Saul’s “failure to wait” be seen as the king’s attempt to assume Samuel’s power as leader of Israel. It appears plain that Samuel will not allow anyone, let alone the so-called king that he himself has chosen and crowned, to replace him in the eyes of Israel. 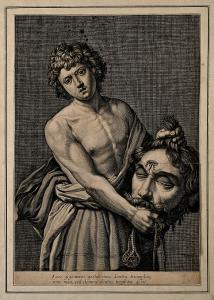 Then Samuel used the famous phrase, finally including YHWH directly in his claim. “YHWH has already sought out for God’s own self a man after God’s own heart; and YHWH has appointed that man to be ruler over God’s people, because you have not kept what YHWH commanded you” (1 Sam.13:14). Though we know that in the end “that man” proves to be David of Bethlehem,  at this point in the tale Samuel can know absolutely nothing of David or anyone else as Saul’s replacement. This can only be understood as prophetic bluffing. Samuel has no idea of who might sit on Saul’s throne, having received precisely no word from YHWH yet to make any such choice. Thus, the phrase is used by Samuel as nothing short of a prophetic trick, a kind of divine dodge, a delaying tactic to abuse Saul and to allow Samuel time to think of another move to displace Saul from his kingship. This entire context of a prophetic game. a sham attempt to discredit the king, calls into the most serious question the impact of that clause; just what can it mean here to speak of “a man after God’s own heart?”

And that question leads us to the same phrase in Acts 13:22. Luke is intent in this chapter to create a typological connection between David and Jesus, and performs that job in several ways. First, by using the verb “raise up” to describe David’s appointment as Saul’s replacement, he recalls his use of the same verb to describe Jesus’ resurrection. in 13:30 (along with Luke 9:22; 24:6; Acts 3:15; 4:10; 5:30; 10:40). Second, and just as David was raised by God, so has Jesus been raised by God as direct heir of that man who also was “after God’s own heart.” Note that Luke does not mention the prophet Samuel a single time. The actions are performed completely by God; the prophet plays no role whatever. And note carefully how Luke words his reference to David, using a citation from Psalm 88:21 (in the Greek version, but Ps.89 in Hebrew), “I have found David my servant.” With that psalm as foundation, Luke then writes, “I have found David son of Jesse (for clarification?) to be a man after my heart. He will perform all my desires (literally “all my wills)” (Acts 13:22). That final line comes from Isaiah 44:28 with reference to Cyrus, pagan king of Persia and conqueror of the empire of Babylon in the 6th century BCE. Again, Luke is using the Greek version (LXX) as his text. Luke pulls the phrase out of its complex context in the Hebrew Bible, with its all-too-human motivations and subtle human manipulations, and employs it as a straightforward statement of God’s choice of David and Jesus, both of whom are “after God’s own heart.”

It is perhaps not so surprising that the phrase–“a man after God’s own heart”– would become a watchword in our time for any person who is perceived by others to be a “person of God,” despite any obvious shortcomings they may possess. After all, Cyrus, another unlikely agent of God, who knew nothing of that God at all, became the unwitting tool of God’s return of the people from Babylonian exile; Luke’s reference to him from Isaiah cements that claim. And David, shatterer of four of the Ten Commandments in one chapter (!), 2 Samuel 11, is the parade example, according to these modern commentators that anyone might be seen as God’s agent, no matter how appalling a human they may be. I would suggest, however, that in the same way that Samuel employed the phrase as a feint, a prophetic bluff (what we now call “gas lighting,” deflecting attention away from the truth of things), so some modern commentators try to turn our attention away from the dangerous lies and manipulations demonstrated by some modern leaders, telling us that in reality these flawed people are still God’s chosen agents. I assume Samuel would be proud of these modern opinion makers, working cleverly as they do to try to convince us of a Godly worthiness where, using our own eyes, none may be found. It could be said that Luke’s particular use of the phrase offers to us a sharp corrective for those who wish to overlook any and all poor behaviors and rush to the conviction that, nevertheless, those nasty folk are still, “persons after God’s own heart.” Not so fast! Luke reminds us that only those who “do all (God’s) wills,” all God’s “desires,” ought be judged as one after God’s own heart. In short, those like David remain highly suspect, as do all those who claim David as modern model.