I just got back from attending Templefest, the annual weekend event put on by the Temple of Witchcraft. It’s a four-day gathering that runs from Thursday evening till Sunday afternoon in an outdoor camp setting. It was my second year in attendance so I knew a bit of what to expect but as always, I left myself open to new experiences. It’s hard to capture a festival on paper so here are ten highlights in order of occurrence that best capture my time there.

Connecting with Friends, old and new

My experience last year and this year was entirely different. When I first decided to come, I knew no one in the community. I had met Christopher a few times but other than that everyone was a complete stranger. Luckily, some fellow students reached out about bunking together and we became fast friends almost immediately. This year, I was able to connect with all of those same people as well as some new ones. I felt more comfortable reaching out to welcome others and I can happily say that I left with more new friends than I can count on both hands.

Consecration into the Temple

At Templefest every year, the Temple does consecrations for those who completed classes the previous year. As I had finished Witchcraft One last year with the Online Mystery School, I signed up alongside some very close friends for the consecration rite. I can’t get into much detail but it was a very meaningful occasion, full of love, wisdom, insight, and encouragement.  I can’t recommend the Mystery School and Temple community enough!

I’ve heard Christopher speak many times but it never gets old. He is filled with knowledge and for a man with such a reputation, he is ever approachable. This talk honed in on the Three Rays of the Temple. It filled in a lot of holes in my own understanding of the Temple and aptly applied to two of the major rituals of the weekend.

I had seen Jhenah speak at Pantheacon so I knew I wanted to attend her lecture. She is my kind of nerd! She gave an absolutely wonderful presentation that included an overview of many aspects of Celtic Mythology that I enjoyed immensely. Furthermore, she is very approachable and we had several conversations that were very helpful to me about grad school! And I also was able to get my hands on her new book about Rhiannon, which I’ve started and already love!

A Light in the Dark: The Crafting and Use of Magical Lamps with Matthew Venus

I attended a class led by Matthew Venus last year and it was one of the highlights of the whole weekend so I knew I couldn’t miss this. We were given an overview of the history of lamps from a magical perspective and then we actually got to craft a lamp ourselves to bring home, supplies were provided by Venus’ store Spiritus Arcanum. Venus is one of those people that is extremely down to earth and friendly but also incredibly knowledgeable. You can tell by one conversation with him that he’s read every book on the subject of folk magic and the best thing about him is that he does not withhold that information. I left Templefest with a fire in my spirit to learn more about this very practical branch of occultism.

Friday nights ritual hosted by the Temple consisted of an extended vision working. Again, its hard to capture in words but I encountered the Seelie Court, the Phosphorous Grove, and what I think were aliens (or maybe I actually got abducted…not really sure because I blacked out for a while). It was very powerful and I’m still processing a lot of what happened.

Reviving the Flame with Courtney Weber

The keynote speaker of the weekend was the one and only Courtney Weber. She spoke about magical burnout, which I resonated with immediately. She shared her own story of starting a group, which quickly took over her life. She took care of the problem by almost abandoning her life as a witch, a severe consequence of not protecting her own space and magic. This talk was very impactful for me, as I shared a lot in common with her story. I started my own group over a year ago and I quickly realized that I need to set boundaries and limits before I exhaust myself and my magic.

I was one of the volunteers that helped with the Crystal Skull Room. This was a space dedicated to the Temple’s Crystal Skull, Brad, where attendees could spend some private time in meditation. I only got to spend a small amount of time in the room myself as I was one of the guardians. The one time I did go in, I made a dumb decision and declined to ask for Brad’s permission before taking a photo. I took out my phone brought it in front of him and lo’ and behold my phone totally shuts off with 65% battery! The craziest thing is that as soon as I left the room, it turned back on…. Brad is definitely active and he does not mess around. I also heard a lot of people had very powerful encounters as well.

One of my favorite things that happened is that I got to meet a whole load of other Patheos Bloggers. Thorn Mooney, Courtney Weber, Mat Auryn, Elizabeth Autumnalis and Lilith Dorsey all attended and we arranged a meetup time where we all got to hang out privately and connect. I am always amazed by the incredible people in the pagan community and I am happy to say that the Patheos Pagan page has some of the best!

The Sabbat of the Three Stars Ritual

The final ritual event of the weekend occurred late Saturday evening. Attendees were asked to dress in their finest garb, face paint and masks were everywhere. The group processed through a field before arriving in the ritual space. Spirits were summoned. We danced and danced. And then danced some more. Seers were spoken to. Gifts were given. Magic was made. It was beautiful and terrifying. 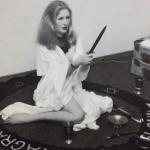 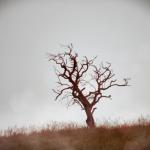 October 6, 2018 When the ancestors say #metoo
Recent Comments
1 Comment | Leave a Comment
"Language evolves. It borrows words from other languages, other cultures. You can complain but you're ..."
Addison 6 Reasons To Stop Using the ..."
"True, although Birgitta never became part of Swedish folk tradition as Lucia did."
Ingeborg Nordén Sankta Lucia: The Survival of a ..."
"I can't stop laughing, I remember reading of the torched hoofer & felt he should ..."
KittyMayhem The Pagan Origins of the Yule ..."
"St Lucia is NOT the patron saint of Sweden. Saint Birgitta is!"
revliesel Sankta Lucia: The Survival of a ..."
Browse Our Archives
get the latest from
The Wandering Witch
Sign up for our newsletter
POPULAR AT PATHEOS Pagan
1