The spring equinox is just around the corner. I know this because the huge tree in my backyard has started to bud and there’s yellow mustard everywhere. The clocks jumped ahead an hour recently, and the extra light signals spring has sprung here as well. But just what is the spring equinox? Here, in no particular order, are 10 fun facts I found.

Ask most folk the date for the first day of spring and they’ll likely tell you March, 21st. Very clever folk will tell you that it might fall on the 19th or 20th. Wanna know something weird? There will be no Spring Equinox on March 21st in the United States for the entire twenty first century.

The Spring Equinox, also known as the Vernal Equinox,  is the traditional marker for the first day of spring in the northern hemisphere. Oddly enough, meteorologists consider March 1st to be the first day of Spring.

Although the Greeks of Antiquity weren’t the first to note the change from winter to spring, they sort of put it on the map. In the second century BC, an astronomer by the name Hipparchus spent an awful lot of time sitting about watching the heavens and doing math.

Every year on the spring equinox, Phoenix and I (and our kids if they are home) chase each other around the front garden, lobbing eggs at each other. More often than not, the eggs have been drained of their yolks and refilled with confetti. There’s a rich history of filling eggs with confetti. In Mexico, they are known as Cascarones. None of us can remember why we started doing this, but as Mexican culture is so wonderfully prevalent here in northern California, we figure one of us or the kids must have learned about it in school.

As Pagans, we do some kind of ritual to celebrate the equinox. Often we attend a public ritual in the area, especially when the kids were younger, but mostly these days, we plant seeds and think about balance. But we often do a little divination too, employing eggs. Try it. You might like it.

What’s in a name? “equinox” is pretty easy to figure out. It comes to us from Latin and translates to “equal night”. The word “spring”, in relation to the season has a surprisingly modern origin. In the 14th century the phrase “springing-time” became popular. Springing being what plants do at this time of year. By the 15th century it has been condensed down to “spring-time” and by the 17th century, spring.

Many Pagans, myself included, celebrate Ostara on or about the Spring Equinox. As I’ve detailed above, our family has created our own traditions and we gather with other Pagans too. But there’s virtually nothing known about the roots of Ostara or the goddess Eostre. I don’t necessarily need there to be an ancient and provable link to Eostre to stop and smell the flowers.

Boil the eggs. Peel them. Mash ’em up a bit. In a separate bowl, mix the mayo, spices, and red onion. Add the mayo mixture to the eggs. Toast the bread. Pile on the egg mix. Sprinkle with the greens. Eat. Repeat.

There was supposed to be 10 fun facts about the spring equinox, but now I want a sandwich. So make up two facts for yourself. 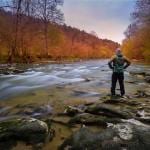 February 25, 2019
A Solitary and Big Pagan Functions
Next Post 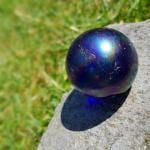 March 20, 2019 Messages from Spirits of the Land
Recent Comments
0 | Leave a Comment
"Holy cow, this is exactly how I read. Thank you for putting it in such ..."
Saorni Learning to Read Tarot
"Other people's correspondences for colors etc. are useless aside from placebo effect, unless and until ..."
Daniel Davison Witchcraft Done Wrong
"I like your idea of putting colors on an altar space, never thought of that ..."
17Lilies Discovering Your Spiritual Allies
"For some of us, our "pets" are more family than our blood relations. I'm one ..."
Kyllein MacKellerann Samhain and Beloved Pets
Browse Our Archives
Related posts from The Witches Next Door