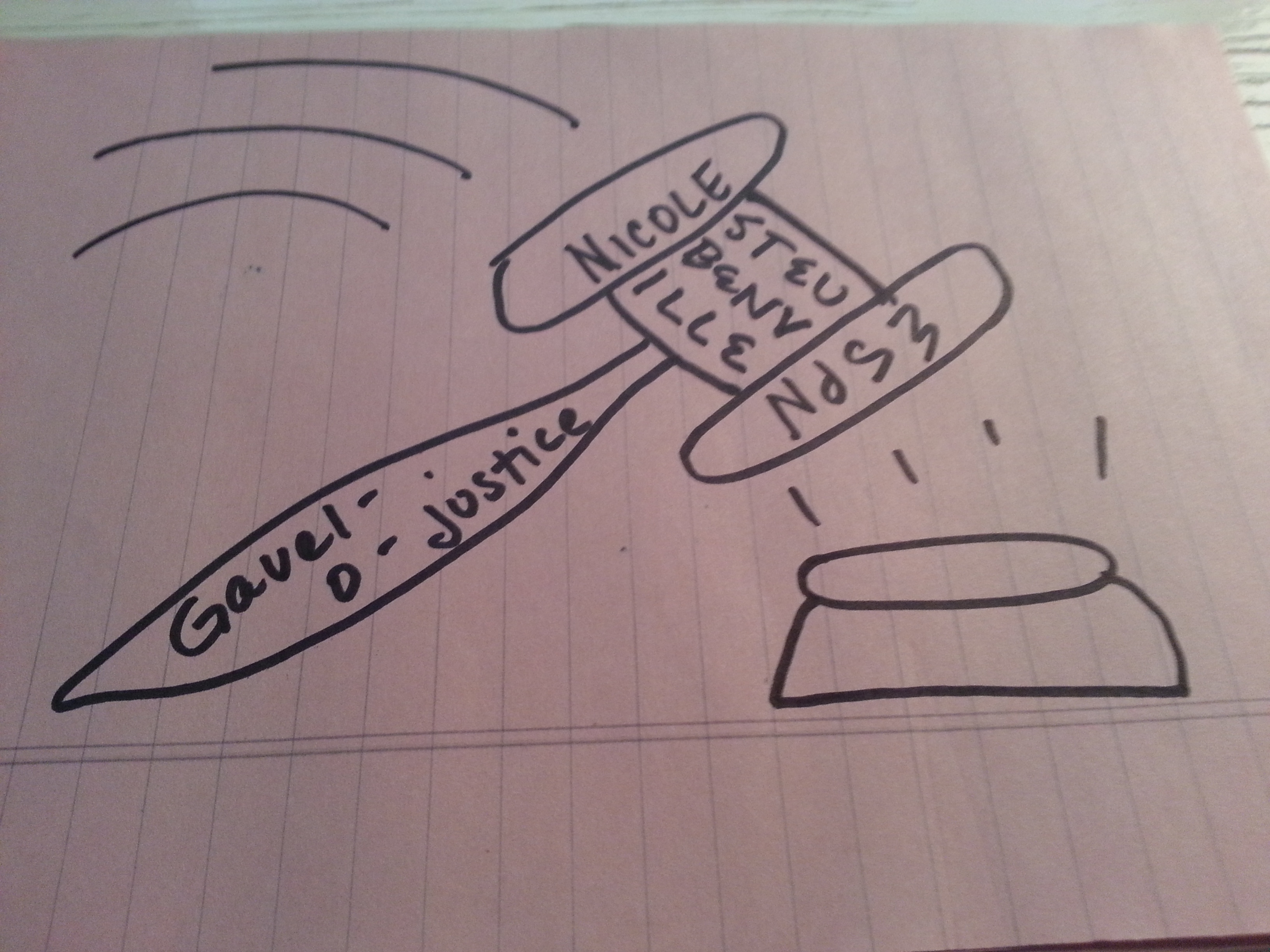 (If you have trouble with my using the word bullshit and other profanity, I have the okay from Norman Lear.  Good enough for me.)

I wanted to do a post entitled “I Call Bullshit” last week, and here’s what I wanted to include:

1.  Upworthy and Nicole Sherzinger.  Here’s the link to a video and commentary on Upworthy.  Normally I really enjoy Upworthy posts, but this one made me roll my eyes.  In it, NS is being interviewed on Conan O’Brien wearing a dress out of which 3/4 of her 8th Wonder Of The World breasts spill.  Upworthy gives her “props” for “matching wits” with Conan, by reminding him to focus on her face.  Gimme a break.  She not only didn’t match wits with him, he gave her EXACTLY what she deserved.  I’m not saying she was asking to be abused, but she sure as hell was asking for attention to be paid to her breasts-o-magnificence by EXPOSING most of them.  Even *I* couldn’t take my eyes of those orbs. Please.

2.  ESPN.  Here’s the link to a Deadspin article detailing the firing of an ESPN executive for sexting a stripper.  A STRIPPER.  A single man.  Sexting a STRIPPER.  The stripper and her boyfriend tried to extort Scott Sassa, and he refused to pay up.  So the stripper and her boyfriend forwarded the texts to an ESPN colleague, and ESPN FIRES Sassa. ESPN is owned by Hearst publishing company, and justified the firing thusly:

“Hearst ‘prides itself on being a very ethical, clean-cut company.'”

HAHAHAHAHAH.  Journalism as a rule is so ethical and clean-cut.  Especially at Hearst, the inventor of yellow journalism way back in the 20th century.  Especially SPORTS journalism, wherein the very nature of the culture of professional sports involves sexualizing and objectifying women.  If sports journalism was so concerned with ethics and cleanliness, how about banning Go Daddy and Cialis ads instead of giving a shit if one of their single (or married, for that matter) partners was sexting privately with some woman (and apparently her boyfriend) who takes off her clothes (and apparently is into extortion) for a living?  How is this ANY of ESPN’s business?  How about capping salaries at slightly less than obscene rates and charging a little less for beer?

Since I’m a big believer in lists having at least three items on them, I didn’t publish the above.  Until now.  Why?  Because the universe dropped the biggest opportunity to call bullshit in my lap over the weekend.  Steubenville.  Now I have three.  Cue the thunder and lightning and bats and maniacal laughter from the Count on Sesame Street.

3.  Awwwwwww.  Those poor boys.  Can Mommy come wipe your face with a tissue as you cry remorsefully about having TAKEN PICTURES of the girl you raped and dragged around to various parties for people to witness said rape????  You pieces of SHIT?  How dare anyone, ANYONE , let alone CNN express the tiniest iota of sympathy for these “boys?”  How dare they???  Have they even SEEN this video where drunk onlookers are laughing at how dead and raped she was?  What do DESPICABLE, lower than slime, pieces of fucking shit like these kids deserve but derision, dismissal and jail?  Now, I’m sorry, but being drunk doesn’t turn you into a different person – I firmly believe that in most cases, it turns you into more of the person you already are.  And these boys are sociopaths.

When this video was leaked, a friend on Facebook urged us to show it to our daughters.  I didn’t – she’s already got a healthy terror in her about losing control of her senses and actions via alcohol, but I sure as hell showed it to my son.  My son who is in his first year of high school, and entering the world of high school sports.  I watched him come to the computer happy, and walk away sickened.  I didn’t make him watch all 12 minutes.  It went without saying (but I said it anyway) engaging in any type of sexual activity with a girl this drunk was rape, and while I’m not worried he’d perpetrate such an act, I want him to be aware he might witness and/or hear of something like this going on.  And if he does, for god’s sake, get the hell out of there and get help for the GIRL.  Make use of the technology in your hands to HELP HER.  Text the address to 911.  Take a snapshot and forward it to the police.  Get the hell OUT OF THERE and get her help. Or, even STAY THERE and help her.  Believe me, kids are as susceptible to peer pressure to do good as to do evil.  And if anyone, ANYONE gives him a hard time about doing the fucking right thing, they will suffer my wrath – so help me fucking god, I will have his back.

What do all three of these instances of bullshit have in common?  Well, dear readers, they all have the effect of making women harder to take seriously.  They reinforce the sterotype of women as sexual objects above all else.  Nicole with her peek-a-boobs, the stripper with her extortion, ESPN and Hearst with their hypocrisy.   But the CNN coverage of Steubenville is the worst, because it perpetuates the culture of victim blaming in cases of rape and sexual abuse.  It distorts beyond recognition the notion that bullies are victims, too.  Oh, how SAD to see these promising young men have their lives ruined.  What about the ACTUAL fucking victim???  How about being ENCOURAGED that the two most blatantly responsible for the VICTIM’S potentially lifelong nightmare are being held responsible???  Where is our sense of justice?

I once read (and I cannot remember who wrote it – apologies for that, too) that the advancement of a civilization is directly proportional to its treatment of women.  Well, it would appear we have a lot of goddamned work to do.

April 3, 2013 I'm Still Here...and There, and There, and Sometimes Over There...
Recent Comments
0 | Leave a Comment
Browse Our Archives
get the latest from
Best of Patheos
Sign up for our newsletter
POPULAR AT PATHEOS Jewish
1

Just as we need it most,...
Writing from the Edge
4