A Baltimorean Defense of the Anthem, in Three Parts

Part The Second: Why Baltimore?

In Part I we discussed how years of oppression by the British Empire — the impressment of American sailors, the seizure of American ships, the blockades of American ports — drove the young United States to declare war against the mightiest empire in the world. Now in Part II we will look at how Baltimore came to play a key role in the war, and why the Battle of Baltimore was a pivotal moment in American history.

It turned out to be harder to raise an army than Madison his allies in Congress had thought. So the federal government turned to the militia.

In a great historical irony the Federalist governors of Connecticut, Massachusetts, and Rhode Island — members of the party that had promoted a strong central government — suddenly found it useful to proclaim the doctrine of state’s rights and refused to send their militias into the fight.[McMaster 541-546] It would not be the last time that American politicians conveniently flip-flopped on the question of federalism based on the issue at hand.

With this shortage of troops, the land war got off to a floundering start. A three-pronged invasion of the Canadian territories brought only “disaster, defeat, disgrace, and ruin and death,” as a Vermont newspaper put it, with the Americans even surrendering Detroit to the advancing British.

The U.S. turned things around and won some significant victories in 1813, but by 1814 Britain had triumphed in the Napoleonic Wars and suddenly had seasoned troops to send across the Atlantic; it became a defensive war for the Americans.[Greenspan]

Sometimes that was in the navy, and when the Constitution took on and defeated the Guerrière in a stand-up ship-to-ship fight it was a huge boost to American morale.[Budiansky] But the most decisive action came aboard privateers — privately operated ships with licenses (“letters of marque”) to attack enemy merchant ships for a mix of profit and patriotism.

And, to focus now on Baltimore — more specifically, its shipyards. Privateers sailing the fast Baltimore Clipper style of ship were remarkably successful, destroying or capturing more than five hundred British craft. Perhaps the most famous of these was the Chasseur, which under Captain Thomas Boyle captured forty-five British merchant ships in only five months![Klima]

War is a grim and bloody business, and I hesitate to call anything associated with it “great”. But if anything in the history of war can be so called, it must include the proclamation of blockade that Boyle made against the United Kingdom. He declared that his ship and crew alone were sufficient to handle the entire UK — and had his notice posted at Lloyd’s Coffee House, the center of the British insurance industry.[Spilman]

Whereas it has become customary with the Admirals of Great Britain, commanding small forces on the coast of the United States, particularly Sir John Borlaise Warren and Sir Alexander Cochrane, to declare all the coast of the United States in a state of strict and rigorous blockade, without possessing the power to justify such a declaration, or stationing an adequate force to maintain said blockade. I do therefore, by virtue of the power and authority in me vested (possessing sufficient force) declare all the ports, harbors, bays, creeks, rivers, inlets, outlets, islands and seacoast of the United Kingdom of Great Britain and Ireland, in a state of strict and rigorous blockade. And I do further declare, that I consider the force under my command adequate to maintain strictly, rigorously, and effectually, the said blockade. And I do hereby require the respective officers, whether captains, commanders, or commanding officers, under my command, employed or to be employed on the coasts of England, Ireland, and Scotland, to pay strict attention to the execution of this my proclamation. And I do hereby caution and forbid the ships and vessels of all and every nation, in amity and peace with the United States, from entering or attempting to enter, or from coming or attempting to come out of any of the said ports, bays, creeks, rivers, inlets, outlets, islands, or seacoasts, under any pretence whatsoever. And that no person may plead ignorance of this my proclamation, I have ordered the same to be made public in England.[Boyle]

Tweaking John Bull’s nose — the ridiculous cheek! The sheer trickster gall! The unabashed effrontery! It’s no wonder that the Chasseur became known as the Pride of Baltimore.

Nor is it any wonder that the British became determined to put Baltimore to the torch and destroy its shipyards — “that nest of pirates”, as they called it.

In August 1814 they determined that they had sufficient forces in the area to do the job. It happened to be the case that Washington D.C. and a number of smaller towns and villages were along the way as they traveled up the Chesapeake, so they stopped along the way for some burning and vandalism.

When the sun went down in Baltimore on August 24, the fires in D.C. could be seen on the southern horizon, lending a certain impetus to the city’s defensive preparations. With few regular army units available, the bulk of the defenders against the land attack were volunteer militia — including many of the the privateer shipwrights and crew.[Iglehart]

The British looked forward to giving Baltimore a good thrashing. Captain Edward Codrington wrote, “I do not like to contemplate scenes of blood & destruction, but my heart is deeply interested in the coercion of these Baltimore heroes, who are perhaps the most inveterate against us of all the Yankees and I hope they will be chastised even until they excite my pity.”[Taylor]

Battle was joined on September 12. Major General Robert Ross landed his men at North Point, to the east of the city. Told by captured American soldiers that the defenders were mostly militia, Ross quipped “I don’t care if it rains militia.” But only a few hours later the militia rained hard on him; the sharpshooting team of Daniel Wells and Henry G. McComas, two teenage leather-working apprentices, ended his command and his life. (I should note that historians still argue the evidence as to who actually fired the shot that fatally wounded Ross.)

Wells and McComas were quickly killed, but their decapitation of the British leadership left the invasion in less experienced hands[Iglehart] and was a hard blow to British morale.[Taylor] It was a blessing to the defenders, one still celebrated every year on Defender’s Day in Maryland. By the time the new commander, Colonel Arthur Brooke, regrouped and led the invaders to the city, it was clear the attackers were well-entrenched and had him greatly outnumbered. He withdrew.[Iglehart]

Meanwhile the British fleet — including a ship equipped to fire the new Congreve rockets,[Taylor] a weapon of “shock and awe” in the 1810s — closed in on the centerpiece of the city’s waterfront defenses. To get into the harbor the invaders would have to pass Fort McHenry. From their position just outside of the fort’s guns’ range they could see the shipyards of Fells Point.[Iglehart] Perhaps having that nest of pirates in sight inspired the ferocity of the bombardment that took place on the night of September 13; “The portals of hell appeared to have been thrown open,” said one visitor to the city.

But the bombardment, conducted at maximum range and thus inaccurate, did little damage to the fort.[Taylor]

From there you know the story: the flag was still there when Francis Scott Key, a lawyer from the D.C. suburbs who had come aboard a British ship to arrange for the release of a prisoner, looked in the morning. From this came a flash of poetic inspiration.

But pause that story for a moment. The British had lost their general and now saw that a full day’s bombardment had failed to cow the defenders. They had failed to restore their total dominance of the seas.

Officially, the British refused to acknowledge their failure as a defeat; they had merely been testing the city’s defenses.[Taylor] Unofficially, they knew that that pirates remained in their nest, thumbing their noses at the British Empire and still able to prey on their merchant ships. As one of the attacking sailors wrote, “[I]t was a galling spectacle for British sailors to behold. And, as the last vessel spread her canvas to the wind, the Americans hoisted a most superb and splendid ensign on their battery and fired at the same time a gun of defiance. It was with the batteries biding us defiance — the weather scowling with a thick drizzling rain upon our proceedings whilst our hearts and spirits were depressed in the extreme — that we retired down the Patapsco River with far different sensations from those we experienced on entering it…”[Iglehart]

The successful defense of Baltimore restored American morale and made the British more amenable to American demands in the peace talks taking place in Belgium — especially after the U.S. followed the victory at Baltimore with one in New York State. (The famous Battle of New Orleans took place after the peace treaty had been made, due to the slowness of communication.)[Iglehart]

Though it was not put in writing, Britain had already ended its practice of impressment with the defeat of Napoleon in 1815.[National Museum] So while on paper the war ended with a restoration of the status quo ante bellum, in practice the U.S. had successfully asserted its sovereignty and shown itself able to deal with world powers on equal terms, and was now free of the evils of British impressment and blockade. It had given the bully a bloody nose and made him lay off.

And so the people of the United States, and Baltimore in particular, had cause to celebrate. The verses written by Francis Scott Key gave voice to the feeling of the moment.

In Part III we shall investigate what sort of man Key was, and what he might have meant by the lines “No refuge could save the hireling and slave / From the terror of flight, or the gloom of the grave”.

McMaster, John Bach. A History of the People of the United States From the Revolution to the Civl War. Vol III 1803-1812. New York/London: D. Appleton and Co, 1914 https://books.google.com/books?id=9e8QAQAAMAAJ 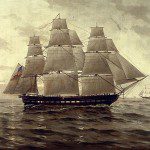 September 3, 2016
Does "The Star-Spangled Banner" Celebrate Killing Slaves? Part I
Next Post 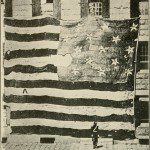 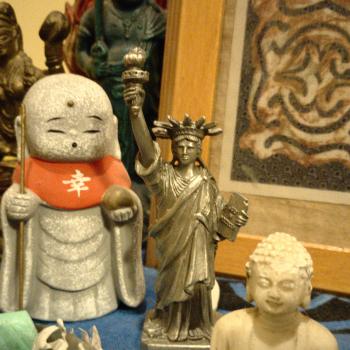