My thoughts on Ukraine Day Seven: “You arrogant ass. You’ve killed us.”

I keep thinking of this scene near the end of the fascinating movie, “The Hunt For Red October” made off the book written by Tom Clancy. It’s one of my favorite movies ever, and the scene above has stayed with me.

The captain of the Russian pursuit submarine is sure he’s got the renegade Red October, with plans to defect, set for the kill. But canny moves by the US and Russian captains enable them to escape by inches while clearing the way for the torpedo to head straight toward the pursuit sub. The crew on the pursuit sub now see their imminent death. Their final words: “You arrogant ass. You’ve killed us all.”

Vladimir Putin, caught up in the fantasy world of his own arrogance, pride, and need for power, is near to suffering the same fate. In an amazing show of cohesion, the world has turned against Putin and Russia and has, in these last seven days, managed to destroy the Russian economy, even more thoroughly than expected.

The one part of the Russian economy that was expected to remain untouched was their ability to export oil products, as much of the world lives in dependence upon them. But an article in the March 2, 2022, Wall Street Journal blew me away with its implications.

The oil market went on strike anyway. Acting as if energy were in the crosshairs of Western sanctions officials, refiners balked at buying Russian oil and banks are refusing to finance shipments of Russian commodities, according to traders, oil executives and bankers.

Putin, by virtue of the horrific actions taking place in Ukraine, has now achieved the notable notoriety of becoming the world’s number one pariah. His name will indeed go down in history as one of history’s most destructive dictators, only the destruction will ultimately land on his own people.

For them, for the ordinary Russian, many totally furious at Putin’s moves, I ache. Overnight, they have seen their country morph economically into a third-world country. It may never recover.

Other than former President Trump and his sycophants along with a sadly significant number of Evangelical “Christians,” the US as a whole appears to want to see the downfall of Mr. Putin and for Ukraine to emerge free and victorious. They’ll obviously be battered and saddened with an enormous loss of life and property, but they won’t have been conquered by Putin’s amazingly inept armed forces. 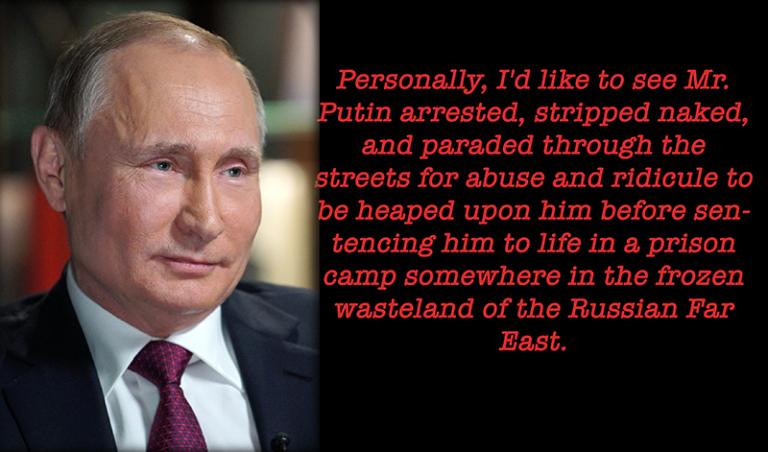 And here is where, I think, we may need to keep a careful watch over our collective souls. Should Mr. Putin pay hugely for his arrogance and pride? Absolutely.

Rarely has the truth of this biblical phrase, “Pride goes before destruction, and a haughty spirit before a fall” (Proverbs 16:18, NRSV) been more evident. Many hundreds of thousands and likely millions of people will see destruction and death at the hands of this madman.

But there is something else here: the need for vengeance. Personally, I’d like to see Mr. Putin arrested, stripped naked, and paraded through the streets for abuse and ridicule to be heaped upon him before sentencing him to life in a prison camp somewhere in the frozen wasteland of the Russian Far East.

He should serve out his time utterly alone except for those belonging to the most degraded of the criminal class, because in the process of imprisoning him, all other political prisoners, all those who dared to criticize him, are free.

That’s my fantasy. And do you see the revenge here? I want that to happen to all the world’s dictators and power-mad petty rulers who systematically and without conscience destroy others in order to enrich themselves and gain power. That would be justice.

But . . . the scriptures also wisely say

Do not repay anyone evil for evil, but take thought for what is noble in the sight of all. If it is possible, so far as it depends on you, live peaceably with all.

Beloved, never avenge yourselves, but leave room for the wrath of God; for it is written, “Vengeance is mine, I will repay, says the Lord.”

No, “if your enemies are hungry, feed them; if they are thirsty, give them something to drink; for by doing this you will heap burning coals on their heads.” Do not be overcome by evil, but overcome evil with good. (Romans 12:17-21, NRSV)

It is not possible here to live peaceably. That time has now passed. And it appears that God will use this wave of worldwide anger to serve the rightful need to find any means possible to stop and punish Putin and his enablers, including those whose horrific theology has encouraged them to link their wagons to Putin’s star.

But when Putin is defeated, and it will happen, although likely not quickly and not without far, far more suffering and loss of life, there are going to be a lot of pieces to pick up. As we do, I hope along with the Ukrainians we’ll consider the plight of the ordinary Russians who are now being sucked into the vortex of disaster.

For the so-called “christians” who number among Putin’s supporters, I admit I will have trouble finding charity. But I will try. 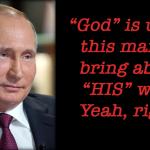 March 1, 2022
Ukraine Day Six: Our Theology Is Turning Us Into Horrible People
Next Post 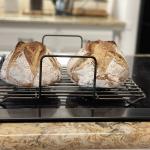