Often people see the Pro-life movement as a kind of homogeneous grouping. It is far from that. Many are young, many are old; many are white, many are not; many are Catholic, many are not; etc. In 2017, after Pence was announced as a March for Life speaker, I remember thinking, “Oh, no, the media will cover this as a Trump rally when it isn’t.” Danielle Kurtzleben from NPR reported “Anti-Abortion Rights, But Not Necessarily Pro-Trump At March For Life.” I sent her a thank-you as I thought this point was key. (Obviously, we are “pro-life” not “anti-abortion” but she was moving in the right direction.) You can love or hate many of Trump’s policies and still be pro-life.

Recently, Mary Ann Glendon received Evangelium Vitae medal, one fo the highest pro-life honors. In her speech, she pointed out how the pro-life movement was really diverse.

In accepting the award, Glendon recalled the late Revered Richard John Neuhaus’s description of the pro-life movement as the “most broad-based, the most diverse, the most sustained expression of citizen participation America has ever seen.”

“Yet, despite that great diversity, the pro-life cause has often been portrayed as indifferent to women’s concerns,” said Glendon.

She reflected on the ways in which America quickly changed in the period between the 1960s and the 1980s where “nearly all of the causes that had once been important to me had become almost unrecognizable.”

Glendon lamented that in addition to the legalization of abortion, conservationism had become linked with population control and the Civil Rights movement had forgotten Martin Luther King’s commitment to human life at its most nascent stages.

“The Civil Rights movement, which had every reason to be concerned about who would suffer most from abortion and euthanasia, but who seemed to have forgotten that unborn children and the frail elderly were part of Reverend King’s ‘Beloved Community’ included people at the frail beginning and endings of life,” Glendon said.

Read the rest on Crux.

This should remove any lingering doubts about conflict between the New and Old Pro-Life movements. Whatever our backgrounds or other beliefs, we should work together on the key point that killing unborn babies is immoral. Let’s work together. We have so much in common it’s better to focus on the common mission over minor disagreements. Abortion should be unthinkable – let’s make that happen! 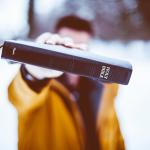 May 1, 2018
Pope Francis Moves Us towards Holiness: Key Quotes from Gaudete et Exsultate (part 2)
Next Post 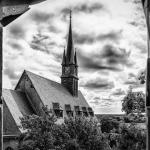 May 8, 2018 The #1 Secret to Reverse Parish Closings
Browse Our Archives
get the latest from
Through Catholic Lenses
Sign up for our newsletter
POPULAR AT PATHEOS Catholic
1