The Sunday Guardian (of India) published a report about a new “vaccine” to prevent pregnancy or abort a baby.

The prestigious journal Nature Medicine, in its February issue reported that the Indian Council of Medical Research (ICMR) is to do a clinical trial of a tetanus toxoid vaccine (TT) laced with a pregnancy hormone, human chorionic gonadotropin (hCG). It is to be studied on 120 women in India.

This “vaccine” against pregnancy was developed by Dr G. P. Talwar in 1972. The idea is to produce antibodies to the pregnancy hormone, such that the women would not be able to carry a normal pregnancy. Women who were pregnant would abort and those not pregnant would be rendered infertile. The report is indeed disturbing.

You can read more there. (Much of the rest of the article deals with claims about this drug being used secretly in Kenya which is disputed.)

Another report noted that Talwar has tried this “vaccine” unsuccessfully a few times before.

Gursaran Parshad Talwar, now approaching 92, appears excited that the Indian government is once again backing an idea he had conceived more than 40 years ago – a birth control vaccine for women.

From his laboratory […] Talwar is currently tracking efforts by gynaecologists in two Delhi hospitals to get 120 women to volunteer for clinical trials of the latest version of his birth control vaccine.

The efforts and clinical trials are expected to take time. This is Talwar’s third attempt to offer what could still become the world’s first vaccine for women to prevent pregnancies. His earlier attempts, first in 1976 then in 1994, were punctuated by a rollercoaster of emotions amid deep science.

A Catholic Response to This “Vaccine”

This is not a vaccine in the normal sense of the word, a drug to produce resistance to a disease. This is chemical sterilization. Other forms of long-term contraception or chemical sterilization reduce sexual cells or hormones, but this works differently. It doesn’t reduce or prevent conception at all. Instead, it creates antibodies that attack hormones needed for pregnancy. This means this “vaccine” produces repeated abortions. Drugs should help humans be healthier, but this does the opposite.

Besides the obvious moral issues around sterilization and induced abortion, this story shows a troubling degree of discrimination. Why aren’t women in the US or Europe testing it? Why are the tests 45 years after Talwar developed the drug? Usually, drugs see trials see trails soon after development but this drug has been around since 1972. As well, two previous attempts have not succeeded. If we believe unborn life is precious, every unborn life is precious. The life of a Billionaire’s child and the child of a poor Indian farmer are both infinitely valuable. We should not allow the abortion of either child. We should not allow a surgical abortion, or an abortion by blocking a needed hormone.

Unfortunately, many see the life of children in developing nations as less than children in developed nations. The elites want to impose their understanding of population on others. (Obianuju Ekeocha and others have critiqued this.) We, instead, must defend all life.

Note: Since this is not a vaccine, please don’t confuse this with debates about vaccines. 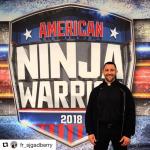 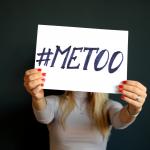 June 5, 2018 Catholic Naïveté Regarding Immoral Acts: We Must Be Wide-Eyed
Browse Our Archives
get the latest from
Through Catholic Lenses
Sign up for our newsletter
POPULAR AT PATHEOS Catholic
1