Unpacking the Catechism on Immigration (And an Aspect That Rarely Makes the News) June 27, 2018 Fr. Matthew P. Schneider, LC

Believe it or not, the Catechism covers immigration in just one number, #2241. This number declares two duties which run in opposite directions. The USCCB does a good job of explaining both while quoting all of #2241.

The first duty is to welcome the foreigner out of charity and respect for the human person. Persons have the right to immigrate and thus government must accommodate this right to the greatest extent possible, especially financially blessed nations: “The more prosperous nations are obliged, to the extent they are able, to welcome the foreigner in search of the security and the means of livelihood which he cannot find in his country of origin. Public authorities should see to it that the natural right is respected that places a guest under the protection of those who receive him.” Catholic Catechism, 2241.

The second duty is to secure one’s border and enforce the law for the sake of the common good. Sovereign nations have the right to enforce their laws and all persons must respect the legitimate exercise of this right: “Political authorities, for the sake of the common good for which they are responsible may make the exercise of the right to immigrate subject to various juridical conditions, especially with regard to the immigrants’ duties toward their country of adoption. Immigrants are obliged to respect with gratitude the material and spiritual heritage of the country that receives them, to obey its laws and to assist in carrying civic burdens.” Catholic Catechism, 2241.

There is a challenge to maintain a balance between these two duties. The duty to welcome those immigrants we can welcome and the duty to regulate immigration and requiring immigrants to follow laws and customs of the new country.

Back in 2013, the USCCB noted a big point where neither of these duties is really followed. We create a system that encourages a certain form of immigration without giving them legal status or protection.

Today’s unauthorized immigrants are largely low‐skilled workers who come to the United States for work to support their families. Over the past several decades, the demand by U.S. businesses, large and small, for low‐skilled workers has grown exponentially, while the supply of available workers for low‐skilled jobs has diminished. Yet, there are only 5,000 green cards available annually for low‐skilled workers to enter the United States lawfully to reside and work. The only alternative to this is a temporary work visa through the H‐2A (seasonal agricultural) or H2B (seasonal non‐agricultural) visa programs which provide temporary status to low‐skilled workers seeking to enter the country lawfully. While H‐2A visas are not numerically capped, the requirements are onerous. H‐2B visas are capped at 66,000 annually. Both only provide temporary status to work for a U.S. employer for one year. At their current numbers, these are woefully insufficient to provide legal means for the foreign‐born to enter the United States to live and work, and thereby meet our demand for foreign‐born labor.

We need hundreds of thousands of low skilled immigrants to cut lawns, pick crops, clean hotel rooms, etc. However, we don’t allow anywhere near that in legally. Thus, a system of underground immigration continues: we neither welcome immigrants and give them the protections of law nor do they follow regulated immigration.

The USCCB doesn’t mention it but legal immigration seems very complex and bureaucratic in the USA. I’m a Canadian citizen with 10 years of post-secondary education and a sponsor promising full-time employment who has consulted with a paralegal a few times, and I’ve still found the process difficult. I can only imagine someone with minimal education trying to work through it.

We should be ashamed by our current system in which we entice immigrants to come over, however they can, with assurance of clandestine employment, but with no assurances of safety or just treatment. In this sense, I don’t mind shaming our indifference and ignorance on this reality and trying to awaken our national conscience. […]

It is not enough to say we are in favor of “legal” immigration, as if the simple enforcement of present laws would be enough to solve our immigration crisis. Democrats and Republicans (including President Trump) have failed so far to rectify the hypocritical system we currently have. This system uses cheap labor by saying you can’t come without a visa, and you can’t get a visa if you are poor, but if you manage to get across the border you will find work when you get here. And when you are here and we give you work we will pay you very little and you will have to live in the shadows in fear of random ICE raids. Oh, and if a young child is brought here, with no fault of their own, and grows up here their whole lives, they will live in fear of being deported to a country they have never known.

It is an unfair and unsafe situation for all. But it continues because it is all too convenient for many of our small and big businesses, for example the restaurant, agricultural, landscaping, and construction industries, to name a few, who are profiting greatly and lobbying Congress to do nothing at all because the status quo means money. […]

Currently, if you live in Central America or Mexico, and are poor, it is almost impossible to get a work visa.

“Just get in line”, is a facile and offensive talking point because for most of the people crossing illegally, there is no line to get in. The same goes for the simplistic argument of blaming the countries of origin. Of course, these foreign governments are deserving of much blame, especially for corruption and violence, but complaining from afar doesn’t get us anywhere. 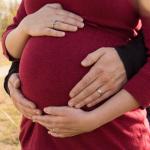 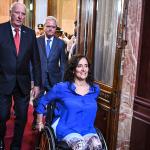 July 3, 2018 Mansplaining and Ableism Regarding Abortion in Argentina
Browse Our Archives
get the latest from
Through Catholic Lenses
Sign up for our newsletter
POPULAR AT PATHEOS Catholic
1

Don’t Mend Your Broken Nets! Leave Them Behind!
Broken or not, nets are not what you need to be...
view all Catholic blogs
Copyright 2008-2020, Patheos. All rights reserved.