This morning the Supreme Court ruled that California can’t force Crisis Pregnancy Centers to offer information on abortion. As the Washinton Post reports:

The Supreme Court said Tuesday that pregnancy centers established to persuade women to continue their pregnancies do not have to tell their clients about the availability of state-offered services, including abortion. […]

He said that the “government-drafted script” specifically mentions abortion — “the very practice that petitioners are devoted to opposing.”

“By requiring petitioners to inform women how they can obtain state-subsidized abortions, at the same time petitioners try to dissuade women from choosing that option… plainly alters the content of petitioners’speech,” Thomas wrote. […]

The California legislature said some centers trick women into thinking they provide contraceptive services, including abortion, and sometimes delay a woman until it is too late to schedule an abortion.

But the centers said the law violates their constitutional rights by forcing them to deliver a message that is antithetical to their mission of encouraging women to carry on their pregnancies rather than end them. […]

In their brief to the Supreme Court, the centers said that “forcing a pro-life group to advertise for abortion has to be unconstitutional.”

They said the law violates two “cardinal First Amendment principles: it targets disfavored speakers and compels them to deliver the state’s message. And it does so in the context of speech on a subject where there is profound moral and ideological disagreement.”

Crisis Pregnancy Centers Are Not Lying

Some have claimed that these centers were lying. For example, Cecile Richards posted after the ruling.

SCOTUS today: […] says it’s just fine for fake clinics paid for with tax $ to lie to women about their pregnancies and withhold medical information.

Besides the bias that calls them “fake clinics” while calling abortion “medical information,” we have a deeper claim. She is claiming these centers lie. There are plenty of laws on the books in every state against lying and false advertising. I have not heard of any one of the 2,500 Crisis Pregnancy Centers being guilty of false advertising. On the other hand, not mentioning what you don’t provide isn’t lying. My brother-in-law owns a series of vending machines. It would be ridiculous to force him to post on the front of those machines a list of snacks 7-Eleven provides that are not in his vending machines.

Compelled Speech in the First Amendment

In the USA, we have long understood that the first amendment protects people from compelled speech. For most of US history, this protected religious minorities from things their religions forbade: for example allowing the Amish to stop education at the 8th grade, and not forcing Jehovah’s Witnesses to have “Live Free or Die” on their license plates. Now, the same argument means a state can’t compel a pro-life group to offer abortion information. The same logic should also mean artists are never forced to make messages contrary to their beliefs. Robert P. George and Sherif Girgis have argued as much regarding Jack Phillips of Masterpiece Cakeshop.

A democracy should allow for a diversity of opinions. That democracy should help preserve that diversity by not compelling speech. In the article by George and Girgis, they note that Colorado did not compel speech in the other direction. That is the right thing to do. Similarly to the cases discussed above, I wouldn’t compel an atheist logo shop to design a church logo or list logos they that won’t do on their front door. We should never compel speech in either direction. I’m not a legal scholar, but I think this ruling is right. 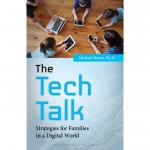 June 20, 2018
Good for Keeping Kids Away from Technology But Not for Mastering It
Next Post 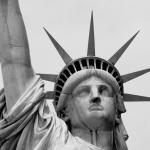 June 27, 2018 Unpacking the Catechism on Immigration (And an Aspect That Rarely Makes the News)
Browse Our Archives
Related posts from Through Catholic Lenses