Recently, several prominent Catholics have been tweeting about confession on Twitter. The consensus seems to be that Catholics frequent this sacrament less than they should. I want to not only present the problems but offer solutions.

How often Catholics in the U.S. go to confession:

Now a concrete example of a problem,

Just saw this on a parish website and did a double take. And then wanted to cry. Something *really* happens in the Sacrament of Reconciliation. Do we really believe that? pic.twitter.com/Xwa0h4OUia

Every parish needs more than 20 minutes a week to help God’s people with this sacrament.

Solutions to get Catholics to Confession More

Posts like this lead me to look for solutions. The first – and often hardest step is admitting we have a problem. However, that alone is insufficient, we need to propose solutions. I want to point out solutions people gave which I think are helpful. I don’t think there is one silver bullet but I think combining a bunch of these will help. These are meant to help brainstorm and I don’t endorse every word others suggest here.

It seems my followers go more than the average in Matthew Schmitz’s tweet.

About 90% who responded fall into the first two options (most frequent 14% of Catholics) with 1/3 answering “weekly.” It shouldn’t be too surprising that most of those responding to a priest’s poll on Twitter will be more active in their faith than average.

Many agreed with Sr. Aletheia above that a huge problem is that many parishes offer confessions only for a short period and often at times that are inconvenient. Often the suggestion is to have the sacrament before Mass but depending or circumstances other times may work well. A parish near me has Tuesday adoration at 7pm with the opportunity to confess during it, and it is always a full hour for 2-3 priests confessing.

More confession times all throughout the day. Talking about confession in homily. I have NEVER heard a parish homily that mentioned confession. Homilies about how sin separates us from God, how to actually go to confession (for those who forgot and are afraid of looking dumb) etc

I was an altar server growing up & did not start regularly going to Confession until I started going to SS. Cyril & Methodius in Metro Detroit where Confessions were 30 mins before each Mass & homilies educated people about receiving the Eucharist w/o mortal sin.

Restore mandatory Friday abstinence, as the bishops of England and Wales have done.

Offer confession before every mass, and during the first part of every mass at which another priest is present.

Be sure confessionals are designed to preserve a certain anonymity.

Many also noted that they or others don’t understand the gravity of sin, the reality of the afterlife, the need for confession, or how to confess.

Personally, I haven’t been to confession in probably 20 years. I’m guessing since Confirmation. I don’t even know what to do or say at confession.

The near disappearance of Confession among most Catholics is because of one thing having been lost, just as only one thing will bring back most Catholics to its frequent practice: fear of the loss of heaven and the pains of hell. People simply no longer believe in that threat.

I’ve had priests tell me I don’t need to confess venial sins. Maybe preaching on the good of confession even for venial sins would help.

If you don’t know how to confess, here are instructions from a diocesan initiative.

Ensure All Possibilities Are Available

Offering it for more than thirty minutes on a Saturday afternoon would be a great start. Also, I don’t know if the church I’m currently attending even has confessionals.

I think personally, because of my disability and circumstances, I can only access face to face confession. And since my favorite priest left, one must build a relationship with their confessor. I have decided that it serves no purpose to go to unknown priests for confession…?

Oddly in Poland, where there’s the highest rate in the world, people preferred confessors who don’t know them.

This probably sounds silly, but sometimes with the confession hours, I would have to arrange for childcare, and just having some sort of trusted childcare service that the parish could put up, maybe once a month, would be SO HELPFUL.

Clean up our House

Finally, we need to clean up problems we have either with confession or the Church in general. This is about removing obstacles people have to confession.

As a conflicted Catholic,, I don’t go to confession. With the way the Church has handled clerical sexual abuse over decades, we can’t tell a good priest from one who is merely putting on a facade of being good. I don’t want to confess to a priest who may be far worse than I am!

Hopefully, some of these ideas will help to increase your own or your parish’s use of the sacrament of God’s mercy. 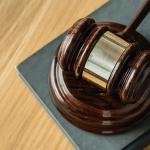 October 10, 2018
The Nuance of Abortion Laws Without Roe v. Wade
Next Post 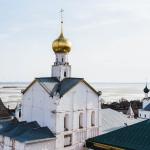 October 17, 2018 What Does the Orthodox Split Mean?
Browse Our Archives
get the latest from
Through Catholic Lenses
Sign up for our newsletter
POPULAR AT PATHEOS Catholic
1