What Does the Orthodox Split Mean?

This week, the Russian Orthodox Patriarch ceased Communion with the Ecumenical Patriarch in Constantinople. As this is the split between the two most important Orthodox Churches in the world, it is big news. Greater separation in the Church is also sad news. As many of us Catholics don’t think about Orthodoxy regularly, I want to provide a little context and meaning. I am bringing together the key points from various sources.

First, RT reports on the announcement:

“A decision about the full break of relations with the Constantinople Patriarchate has been taken at a Synod meeting” that is currently been held in the Belarusian capital of Minsk, Hilarion said, as cited by TASS.

The move comes days after the Synod of the Constantinople Patriarchate decided to eventually grant the so-called autocephaly to two previously unrecognized branches of the Ukrainian Orthodox Church, thus legitimizing the two clerical organizations.

Since RT is controlled by the Kremlin, that’s very much a pro-Russian line. (You can see the bias in adding “the so-called” before “autocephaly” which is definitely the Russain position as the Greek position would remove those words.) However, it does note the split is over structural issues of the Ukranian Orthodox.

Orthodox Christian ecclesiology is pretty much a confederacy of national churches, all believing the same things, and worshiping in the same way, but administered by national hierarchies.  […]

The two great rival churches in Orthodoxy are the Greeks and the Russians. This goes back many centuries. In Orthodox ecclesiology, the Patriarch of Byzantium has historically been considered the first among equals. Orthodoxy does not have a pope; it’s ruled collegially, by synods. The Byzantine patriarch is more like the Archbishop of Canterbury in that way. After Byzantium fell to the Ottomans, the Moscow — the Russian church — became the de facto great power in world Orthodoxy. The Byzantine patriarch — now called the Ecumenical Patriarch — has continued on all these years as a figurehead. The current one, Bartholomew, lives in a small quarter in Istanbul. Unlike Moscow, he has no money, but he does have the power, by virtue of his office, to grant “autocephaly” — the right to self-rule — to national churches in communion with his See.

So “autocephaly” comes down to the right to rule your own national Church rather than be dependent on another national Church. Drehr continues by relating this to the current issue.

So, the crisis coming to a head right now threatens to split world Orthodoxy. Since Russia and Ukraine began fighting, a large number of Ukraine-based Orthodox parishes have wanted to break away from the Moscow Patriarchate and form a Ukrainian Orthodox patriarchate — a national church independent from Moscow. Moscow has fought this hard. For one, a huge number of parishes of the Russian Orthodox Church are in Ukraine. To lose them would be a big, big blow to Moscow. For another, Ukraine is the birthplace of Russian Orthodoxy, in the 10th century.  It is hard to overstate how much this means to Russian Orthodoxy, on an emotional and symbolic level.

He goes on to explain in some detail how Ukrainians dislike Putin and the KGB, and sense that they have infiltrated the Russian Church. Recent conflicts between Russia and Ukraine bring this even more to a head.

The Catholic Herald offers a more specific history of how autocephaly has been achieved historically.

Autocephalous churches have usually emerged in newly independent nations, but a cursory glance at the processes by which they became self-governing shows that there was no clear, uniform process by which this came about.

Some claim that autocephaly in Ukraine would need to be granted by all the existing autocephalous churches collegially. But in the early Church there are only two examples of such a process: Cyprus was granted autocephaly at the Council of Ephesus in 431, while Jerusalem was declared a patriarchate at a council in 692. Ironically, the hope that rules for granting autocephaly would be agreed at the Pan-Orthodox Council in 2016, which might have prevented Bartholomew from acting independently, was torpedoed by the Russian decision to stay away.

Moscow maintains that, as the “Mother Church”, it alone has the right to grant autocephaly. But this only happened once in antiquity, when Antioch made the Church of Georgia independent in 466. In most cases, autocephaly was self-declared by churches in emerging nation states. The Russian Church itself was the first, freeing itself of control from Constantinople in 1448. Greece, Romania and Albania followed suit in the 19th century, and the Mother Church only recognised the fait accompli decades later.

Moscow’s supporters protest that Bartholomew is subordinating church to state by acquiescing in the politically motivated requests of the Ukrainian government – presumably forgetting that two churches strongly allied with Moscow were severed from Constantinople’s jurisdiction by decree of the secular authorities: Serbia in 1832 and Bulgaria in 1872. They too were only reconciled with the Phanar much later.

Finally, Moscow itself has acted unilaterally quite recently. The Orthodox Church of America (OCA), one of several overlapping jurisdictions in the US, was declared autocephalous by Moscow in 1970 but is still not recognised by Constantinople and others.

Split in the USA

This will likely split US Orthodox believers based on that last paragraph of the Catholic Herald story. The OCA was granted autocephaly from Moscow, not Constantinople as it should have been according to the Greeks. The Greeks also claim that since Greeks got here before Russians, they have the first claim over US Orthodoxy. This granting of autocephaly to the OCA links to the current crisis as the issue is who can grant autocephaly to child Churches of Moscow. This further delegitimizes the OCA autocephaly in Greek minds.

Who Speaks for the Orthodox

John Panteleimon Manoussakis put forward some theological analysis of the Catholic-Orthodox split back in January that is still applicable.

The very absence of the authority that a primus would have exercised at the pan-Orthodox level hinders the efforts of remedying this institutional lacuna [a clear way to reunify with Rome]. In other words, the fact that the Orthodox churches today refuse to recognize a Rome-like primacy among themselves becomes the major problem in their dialogue with Rome. […] [Even thoguh the Orthodox emphasize sacramental equality of Bishops,] there are canons that expressly differentiate between sees, their ranking, their privileges and prerogatives, and so on. What the argument of episcopal equality fails to understand is that, even though every bishop is sacramentally equal to every other bishop, not every city is administratively equal to every other city; and therefore, the bishop of Rome, for example, even though in terms of priesthood he is equal to the bishop of every other city, he is yet not equal to them insofar as he is the bishop of Rome. Episcopal equality is a sophism, for it compares bishop to bishop without taking into consideration the city over which a bishop presides; yet it is clear that the episcopal office is not absolute, that is, it cannot exist without reference to a particular locality.

Manoussakis goes on to point out some other points about authority in Orthodoxy. Most properly, he notes the weakness of their view of the ecumenical council as the highest authority. The strength of an ecumenical council ultimately rests on the authority of the one able to convoke it, that is the bishop in the See of the first of the apostles (the bishop of Rome, the Pope).

The official reason for the split between the Catholic and Orthodox Churches in 1054 was the Filioque. (The Filioque is the “and the Son” from the creed’s description of the Holy Spirit who “proceeds from the Father and the Son.”) However, the final document from the 2003 Catholic-Orthodox dialogue had the conclusion, “Orthodox and Catholics [should] refrain from labeling as heretical the traditions of the other side on the subject of the procession of the Holy Spirit.” A lot of the confusion relates to the different words used in Latin and Greek for “proceeds” having slightly different meanings. (Even though it has never been accepted theologically, the Western view is gaining traction among the commoners of the East as I noted before.)

Several other minor issues remain but are more about approaches to theology than actual doctrine. Some Orthodox don’t like the Western categorization of the Sacraments into seven, but would not deny them to be key elements in practicing the faith.

The main theological issue of whether the Pope is a first among equals or an absolute ruler remains to be resolved. The most difficult Catholic document for most Orthodox to accept is probably Pastor aeternus which defined Papal infallibility in Vatican I. This goes back to Manoussakis’s article which is worth reading in full.

I’m not an expert on Orthodox theology or history but hopefully what I quote from others can help you understand it. There isn’t much most of us can do about this situation other than pray. We ultimately want everyone in the Church united together worshiping Jesus. 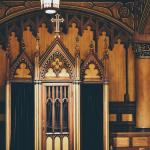 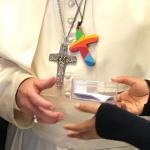 October 18, 2018 Pope Francis Wearing a Rainbow Cross? It Isn't What You Think✝️
Browse Our Archives
get the latest from
Through Catholic Lenses
Sign up for our newsletter
POPULAR AT PATHEOS Catholic
1 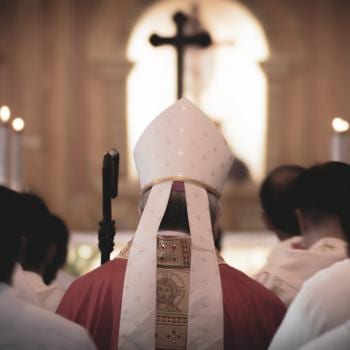