One Page Doesn’t Ruin “The Kingdom” or Other Literature.

Earlier this year, Church Militant got up in arms about Franciscan University of Steubenville including The Kingdom by Emmanuel Carrère on its reading list. Stephen Lewis, the professor in question was demoted. Two arguments support the use of books like this: they are decent literature and reading some books you disagree with helps you grow intellectually. To show those two points let me quote extensively from two sources: a Catholic review of the Book and Lewis’s defense in First Things.

A Review of The Kingdom

I don’t consider reviewing literature my greatest strength. Thus, I want to take a public facebook review from Mark Spencer, a former student of Prof. Stephen Lewis at Steubenville.

I have finished reading The Kingdom. […] I can report that not only do I think it’s acceptable for Catholic students to read, but I most strongly recommend this book to you all! It’s really quite excellent.

First, Carrère writes with a style that, if you like good writing, you should not miss. It’s a unique mix of autobiography or memoir, narrating the process of writing the book itself, philosophical and theological research, narrative about New Testament figures and others from various pieces of history, all beautifully woven together. I’ve never read a book with this style. One of the reasons I read literature is for those unique styles, to encounter that intrinsic beauty that belongs to great and distinctive literature and that intrinsically valuable mark of another unique person. […]

Second, more than any author I’ve read since I read Kierkegaard, he shows what is unsettling, odd, and beautiful about Christianity. Carrère once fervently believed in Christianity; he no longer does, but he still is deeply unsettled and fascinated by, maybe even attracted by, Christianity. He describes himself like the rich young man who went away from Jesus sad. That story is the main focus on this book. His retelling and analysis of the New Testament allows the Christian to see just how strange our faith is (e.g. the violence of Jesus in Mark’s Gospel, the unsettling revaluation of values in the beatitudes) and how beautiful it is (showing us how life can be lived such that the last are first, the hated and outcast are most blessed.) I think it’s really worthwhile for Christians to spend time seeing what our religion looks like from outside perspectives. In The Kingdom we have a deeply reflective, wide-ranging, personal perspective on this. Carrère doesn’t believe in the resurrection or the supernatural origin of the Church (though he doesn’t straight-forwardly reject them either), and he draws a lot on historical critical studies of the New Testament, but he’s surprisingly open to traditional views of the New Testament as well. It’s a picture of Christianity that’s well worth your time—I found it not only literarily but spiritually beneficial.

Third, Carrère belongs to that wonderful tradition of French literature (Flaubert, Balzac, Mauriac, Bernanos, etc.) whose greatest gift is taking the most quotidian, normal, everyday, boring, sordid, or humdrum aspects of life and rendering them art, transfiguring them with beauty. There are, admittedly, some actually boring parts—particularly the second part on Paul, because Carrère really doesn’t like Paul—which I mentioned in an earlier Facebook post. But most of the book is beautiful: bourgeois lives (both Carrère’s and St. Luke’s) transfigured.

And yes, he does describe a pornographic film at one point (it lasts about two-thirds of a page), and he expresses some hopes about Our Lady’s sexual life (that lasts maybe three sentences). The passages fit, though, in context. (For evaluating sex scenes in art, I personally ask whether the work would have the same or greater aesthetic value were the scene removed, and I ask whether the scene is there purely to titillate. The passages in question pass this test–and remember that a description of a thing is not the same as that thing.) The passages about Our Lady are objectively disrespectful and maybe sacrilegious. But look: as both Our Lord and Friedrich Nietzsche tell us, we Christians don’t worry about our honor; we turn the other cheek. In the context of his attempt to make sense of Christianity, to take his earlier Christian self seriously rather than taking his current point of view for granted, while still occupying his current point of view, what he says makes some sense. We should not, for the sake of Christian honor, be quick to condemn someone who, in the most authentic sense of that phrase, is a seeker after the truth.

When the controversy erupted, Stephen Lewis wrote an article pointing out that we shouldn’t just read literature we agree with.

The book provided my students with both insights into and questions about the meaning of the collapse of faith for contemporary men and women, from the standpoint of both believers and unbelievers. Carrère possesses more knowledge of the facts of Catholic practice and doctrine, the New Testament, and the history of the apostolic age than most believers do, yet he doesn’t believe. Discussion of the book, particularly of the ramifications of the position that “love is possible without faith,” helped the students to understand more deeply what it means when we Catholics affirm that Jesus Christ cannot be known outside the Church. […]

As critical readers of this essay are sure to realize, we rarely endorse everything we read. Sometimes we read works with which we strenuously disagree. Indeed, humanities professors, who are professional readers, design their courses with this fact in mind, setting up for their students critical encounters of various sorts among the items on their syllabi. We do this because we know that learning takes place through engagement with reasoned argument.

Certain websites have taken a handful of obscene passages from the book and presented them to the public in a manner intended to shock and scandalize. While affecting piety, they spread blasphemies against Our Lady far and wide. In the name of modesty, they printed lewd words stripped of context. […]

Such irresponsible and un-Christian methods are totally counter to my own approach. I assigned the book in an upper-level course to students whose maturity and intellectual preparation I knew well. Our class read the entire text, focusing not on a few lurid passages but on its appropriation of Renan’s method and its related atheistic concept of witness, so as to understand the superiority of Christian methods and concepts.

As a first point, this controversy was clearly overblown. The Kingdom has a few scandalous passages, but from as far as I can read two of the novels I had to read in a Catholic high school were more scandalous. Beyond that, especially once someone has gotten to that level of maturity, one should be ready to read some works that contradict the Catholic worldview, so you can understand others and respond. In the seminary, we read Nietzsche and Marx. It is helpful to get varied perspectives so we can understand the world around us not just get caught in our own reality.

Note: If you want more like this, please support me on Patreon. 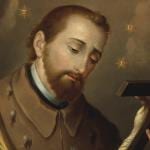 February 21, 2019
California Prepares to Make Martyrs of the Confessional
Next Post 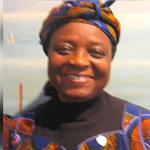