Following the post I made recently on explaining contraception, I follow up with one way I think that we can do this effectively. In the past, pastors would often ask visiting preachers to talk about the tough moral issues during parish missions. I see no reason not to return to some aspects of parish missions.

I actually ended up posting this earlier on the Register that the prior one due to an issue I had to work out with the editor. Here it is:

In the 1930s or 1950s, how often did the parish priest talk about contraception in homilies? Only occasionally. It might be proposed once a year by the diocese, but generally they didn’t preach much on it. Instead, they would bring mission preachers in regularly and get them to take on hard topics like this.

We have lost these parish mission preachers for the most part. Leslie Woodcock Tentler, author of Catholics and Contraception: An American History, thinks that a large part of the collapse of the missions was how they treated contraception. However, I wonder if we should bring them back precisely for contraception but maybe with some slight changes to adapt to the modern situation. Let me point out why parishes relied on mission preachers to talk about contraception, canon law, and how I might adapt this to the future.

Giving preaching on contraception to itinerant preachers served a few purposes. First, it avoiding scandalizing children. It is always challenging to bring up adult sins while not giving inappropriate ideas to the children present at Sunday Mass. When I worked more in youth ministry, we would simply say, “Did you look at anything on the internet you shouldn’t have?” if younger teens were present to avoid giving them ideas about pornography. In a related vein, missions were generally preached only to adults, and often preached to single-sex audiences.

You can read the rest over at the National Catholic Register. 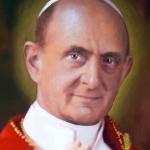 May 3, 2019
We Need to Explain Why Contraception Is Immoral
Next Post 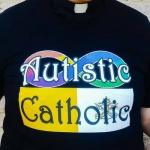 May 9, 2019 What Is It Like Being an Autistic Priest?
Browse Our Archives
get the latest from
Through Catholic Lenses
Sign up for our newsletter
POPULAR AT PATHEOS Catholic
1

'Tis the Season to Practice Prudence
Prudence has never been the most popular virtue. In grade school, we...
view all Catholic blogs
Copyright 2008-2020, Patheos. All rights reserved.