Euthanasia Where My Great Aunt Was a Sister-Nurse

Recently, a hospital in Catholic Canada was forced to start doing euthanasia assessments. They will perform the euthanasia itself next door. I have visited this hospital once back in the 90s. My great aunt was a sister in the community that used to run the hospital and in her retirement still worked as the sacristan of the hospital chapel.

I published a piece in the National Catholic Register about this:

Back in 1996, the government promised my great aunt and the other Sisters of St. Martha that they would maintain the Catholic identity of their hospital. We all know how well governments keep their promises. Now the hospital will be offering assisted suicide and euthanasia, showing that bureaucrats, not just politicians, say one thing and do another.

The Sisters of St. Martha are a small diocesan-rite religious community in the diocese of Antigonish, Nova Scotia, Canada. In the early 20th century they started a hospital in Antigonish, which eventually became the current St. Martha’s Regional Hospital, built in 1989. For years, my great aunt, Sr. Alice Buckley, was a nurse at the hospital: first as a laywoman and then as a sister. In 1996, for several reasons including economics and vocations, the government health board took over operation. At the time, the hospital’s history states, “A Mission Assurance Agreement is signed by the Sisters of St. Martha, the Eastern Regional Health Board and the Department of Health, ensuring the Catholic identity of St. Martha’s Regional Hospital.” Even though it was run by the government, things contrary to Catholic teaching, like abortions or sterilizations, were not provided.

Now, that is changing. The government is forcing euthanasia and assisted suicide on the hospital. Technically, they are doing all of them in a separate building that is connected, not the hospital itself, to fulfill the letter (although definitely not the spirit) of the 1996 agreement.

Note: Please support my work by sponsoring me via Patreon. 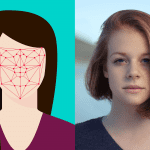 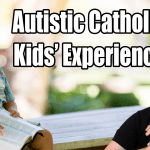 October 1, 2019 Study: Autistic Kids Struggle in the Catholic Church
Browse Our Archives
get the latest from
Through Catholic Lenses
Sign up for our newsletter
POPULAR AT PATHEOS Catholic
1