Sex, Drugs and Rock ‘n Roll Are a Path to Death Not Freedom

Recently, the pornographic actress Jessica Redding was found dead at 43. It made me reflect as I remembered hearing that “rock star” was the job with the lowest life expectancy. I remember when we were in middle school rebellion and thought Kurt Cobain was the greatest musician ever, only to find out a few months later that he stuck a gun in his mouth and pulled the trigger. That was a bit of a wakeup call for my generation. Maybe these “Freedoms” lead to death.

Doing a little research, I found that lifestyles most associated with the three supposed freedoms of the last 50 years have some of the lowest life expectancies. Sex, drugs and rock ‘n roll all lead to death, not life.

This is not about the job where you are most likely to die on the job. Loggers, fishermen, and pilots top that list. But even in logging, only 0.14% die on the job. For the 25-44 age groups, the top two causes of death are poisoning (often a drug overdose) and suicide. Most of those aren’t on the job accidents but a job can easily contribute to a drug addiction or mental health issue that leads towards those two causes.

Those in Pornography Die Young

Society often idolizes those starring in pornographic films. However, their life is far from glamorous. Fight the New Drug has carried many testimonies of how horrible starring in these videos really is. While 47% quit after one film or two, 53% do at least three pornography films. Daniel Jennings looked at 129 of the bigger pornographic stars who died and found that they died at an average of 37.4 years. This likely has a slight selection bias but it does indicate a higher than average early death for pornography performers. Of the 129, 21 died of suicide, 19 of drug overdoses, and 5 of liver issues consistent with alcohol abuse: if these are added to the 11 whose cause of death is not listed, almost half the deaths are accounted for. 28 died of HIV or AIDS. Beyond that, a number died of murder, car accidents and cancer.

Life expectancy for drug addiction is harder to track as it is illegal. (I initially tried for Drug dealers and could not find enough data to make it work.) However, we can extrapolate an estimate based on addiction and overdose rates. The NIH says that about 2 million Americans are addicted to opioids. The CDC says that 47,600 died of opioid overdoses despite most first responders now being equipped with Narcan to reverse overdoses. If we take those numbers, we get one in 42 opioid addicts died from the drugs last year. This doesn’t take into account those who died from other causes coming from drugs such as unreasonable risk-taking. This has gotten so bad that the opioid crisis has caused the overall US life expectancy to decrease.

Finally, we have rock stars. Multiple studies have found rock stars die younger than average. Greg Hall examined the 252 who were members of Rolling Stone’s 100 greatest artist list in 2014. He found that although statistically only 44 should have died, 82 had died. Dianna Kenny did a different study with over twelve thousand rock stars, and she found that male rock stars die on average in their late 50s, while females die in their early 60s. Both of those are well below normal life expectancy.

These Are Not True Liberation

Sex, drugs, and rock ‘n roll were supposed to liberate us, yet they kill those mot involved. Nonetheless, popular culture is still pushing that lifestyle as a model. Maybe we need to examine popular culture and produce a culture that is actually freeing and actually leads to a full life. Such a culture should include religion but should also include other good things like literature and art that lifts the human spirit.

Note: Please support me with a one-time donation or a monthly sponsorship so I can keep writing things like this. 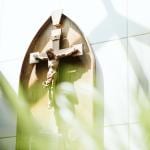 November 7, 2019
Clarity in Catholic Tradition on the Morality of Homosexual Acts
Next Post 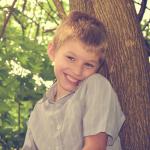