Fr. Dominic Valanmanal is at it again. This priest compared us autistics to animals and blamed our existence on our parents’ sins. This priest is back at it offering counseling to families with autistics in them. This is problematic as he clearly misunderstands autism.

I already covered why sin does not cause autism in relation to Fr. Valanmanal, so I won’t repeat that. I will instead note his recent actions, his non-apology, and what you can do.

[Fr. Dominic] has scheduled a ‘prayer meet’ preceded by a two day ‘counselling session’ for parents. The meet will be held on November 19, at the Marian Convention Centre in Annakara, Idukki, of which Father Dominic is the director. A prayer meet for the children will be held at the Renewal Retreat Centre (RRC) in Bengaluru on November 8, 9 and 10, for those who are unable to make it to Idukki. […]

TNM confirmed that a prayer meet is indeed being held specifically for autistic children on November 19.

“Parents can come with or without the child a few days in advance. Father Dominic will counsel the parents over two days and a  prayer meet will be held on November 19. It is a must that the concerned child attends this prayer meet even if they do not attend the counselling sessions,” a staff at the Retreat Centre confirmed to TNM.

These sessions will likely harm the autistic children involved, teaching them that they are bad and need to be changed, rather than trying to help build their strengths. On top of this, such actions also allow non-Catholics to take free pot shots at us. I’m not providing links but I’ve seen anti-Catholic articles on this.

Some continue to argue that Fr. Valanmanal is a holy man. I don’t know if he is. One can be holy yet misunderstand a topic like autism.

However, when we talk outside our area of expertise we should have the humility to admit if we err. Humility is a key virtue in holiness. We can all think of an example where someone we knew was learning a new topic and made an incorrect statement about that topic. When someone points out the truth, they have the option ot be humble and learn more or remain adamant in their error. I have done this and seen others do it.

When Fr. Dominic was banned from dioceses in Canada and Ireland, he offered a kind of apology but his apology is really a non-apology if we look at it.

His apology offered no retraction of these false and harmful statements. The video seems not to be available in English online, so I rely on reports/translations for as SBS Malayalam, an Australian news site, and Matters India.

“I came to know that some were wounded by the words in a video. That was from a speech I gave years ago, and it was misinterpreted and misunderstood,” he says in the video. //

“I have a deep affection towards autistic children. I tell their parents that I am part of their family. I am deeply saddened to hear that my words have hurt them. They are the children of the good God and I continue to pray for them,” Fr Valanmanal says in the video.

A proper apology involves taking responsibility for your actions. Blaming others for misinterpreting you when your words were clear is not an apology. Maybe you have deep affection for us but since you understand us so poorly, your affection will be misdirected. His recent announcement of this prayer and counseling for families and their autistic children without an indication of changed methods seems to indicate a lack of true contrition.

I continue to ask Fr. Dominic to retract his words.

What You Can Do

The first thing we can do is pray that such misunderstanding of autism leave the Church and society. We should not discount the power of prayer. Maybe prayer will even help Fr. Dominic realize his error.

Every priest must obey his bishop. Fr. Dominic’s bishop is Mar Mathew Arackal and the email for the diocese is kplyeparchy@gmail.com. You can write him to ask that he take Fr. Dominic from ministry to autistics. If you write, please keep it factual and charitable as angry rant emails will probably just be discarded. If Fr. Dominic is a holy priest as so many claim, we can hope he will humbly accept the bishop’s re-assignment, and be able to help people in other fields where he does not have such a serious misunderstanding.

We can also keep helping others in the Church better understand autism. A lot of people might have ideas like this due to misunderstandings.

We priests need to be humble going outside our specialization to admit we might make mistakes. And when we make mistakes, we should retract, apologize and try to make things right. None of us are perfect, but we can grow in knowledge and virtue each day. This applies whether we are autistic or not.

Note: Please support me on Patreon so I can write more content like this. My Community relies on donations.

UPDATE: Video of the Non-Apology

After posting this, I thought maybe I should set up a google alert on Fr. Valanmanal and autism. While checking various ways to word the alert, I saw the video of the non-apology titled “Rev. Fr. Dominic Valanmanal Responds to the Autism Controversy.” I had searched for words like “apology” above when looking for it. Here’s the unedited transcript:

These days I came to know that some were wounded by my words said in a video. I guess it was an edited part of a video that was shot during a convention many years ago. It caused many misinterpretations and misunderstandings. It badly affected lots of autistic children, especially their parents whom I care for and love the most in my life. For almost the past ten years they had been my priority in my prayer intentions. When someone offers for the holy mass, if their intention is the first priority, my second priority and prayers are always for these kids and their families. Because I know how much they suffer in life. I have always supported them and I am with them being a member of those families. I pray for them a lot. But I don’t know, somehow, these days they happen to suffer a lot because of my words spread through that edited video. Currently, I am investigating the authenticity of that video. Even I struggled and felt so sad, just like them when I heard about this. Therefore, from the bottom of my heart, I sincerely apologise to them and pray for them.

He never accepts responsibility for his words. He also never indicates that his views are contrary to those in the video or that he has changed and corrected past views.

He is not speaking English (I think it’s Malayalam) so I need to rely on the closed captioning and transcript of the video. In the comments, at least one commenter says that he does not claim the video is edited and stands by his words. 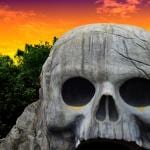 November 12, 2019
Sex, Drugs and Rock ‘n Roll Are a Path to Death Not Freedom
Next Post 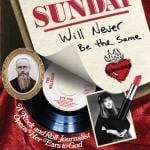