Autism Is NOT Due to Parental Sin, Fr. Valanmanal

I’m surprised I need to say that autism is not due to parental sin. However, a Catholic priest from India has started preaching about this publicly and I think some people might be confused. I’m going to quote a bit of Fr. Valanmanal, then show that both Church teaching and science say parental sin does not cause autism.

Recently the Archbishop of Dublin forbade Fr. Dominic Valanmanal from coming to Ireland. The Irish Times covered the story and included words from a recent sermon.

“Why does this generation have autism and hyperactivity? That is to say, mentally retarded children are in abundance.”

I will deal with the causes of autism below, but this text has several other issues. First, intellectual disability and autism are two separate diagnoses. Autism and intellectual disability have high comorbidity but many of us have average or above-average IQ. For example, I, an autistic, am working on a doctorate. Likewise, I presume by hyperactivity, he is speaking of ADHD, which is not predictive of low intelligence in studies. Second, being autistic is not “an animal-like life.” I live a life much like most other humans, I struggle with some things such as reading people socially, but that is far from being “animal-like.”

The bishop of Calgary, Canada also recently banned him from the diocese and Fr. Dominic canceled an Australia trip after similar concerns arose.

The Irish Times article also states that he claims he “cured” autism by praying a prayer of banishment before in Ireland. First, autism cannot be “cured.” No medical, spiritual, or other practice has been shown to cure autism. Second, most autistics don’t want to be “cured.” In a recent survey, about 72% of autistics answered that they disagreed or strongly disagreed with being cured. Many of us want help dealing with side effects but our unique selves include our autism. Third, autism is a difference in how our brain is organized, not a spirit holding us down.

At Jesus’ time and throughout history, some have argued for a direct connection between personal sin and personal illness. However, Jesus and the Church both renounce this. Sickness came into the world with original sin, but that doesn’t imply personal sin directly causes personal sickness.

In John 9:3, Jesus makes this clear, saying, “It was not that this man sinned, or his parents, but that the works of God might be made manifest in him.”

If no man is sinless, were the parents of this blind man without sin? Was he himself either born without original sin, or had he committed none in the course of his lifetime? […]

The point is that although both this man and his parents had personal sin, theses sins didn’t cause his blindness. Jesus states that physical evils like blindness or illness are not the direct result of particular sins.

Moreover, autism isn’t even an illness. It is a different way to perceive the world. In general, our difference creates more challenges than advantages. However, a different neurotype does not mean we are ill.

It is true that an unstable home life, parental neglect or abuse can underlie a lot of psychological conditions. Depression, anxiety, and PTSD rates increase in those cases. However, this does not seem to apply to autism.

Science says autism is 60-90% genetic. Sometimes it runs in families and other times it originates with new (de novo) mutations. Scientists suspect hundreds of different genes increase susceptibility to autism. As the current model has the interactions of various genes as the main way autism happens genetically, genetics does not imply either parent is autistic. Part of the cause may be epigenetic such as hormones activating genes.

The main non-genetic cause is the environment in utero including things like infection, inflammation or autoimmune conditions. Parental sin doesn’t radically change any of these conditions.

I have only seen Fr. Valanmanal in a few articles and YouTube videos with English subtitles. I hope however, he can hear my plea to stop arguing that parental sin causes autism and ADHD.

Fr. Valanmanal, please stop making autism sound like a curse. Please look at the good we autistics can accomplish and help us follow Jesus in our situation. I hope the warning the Archbishop of Dublin gave you and this article will lead you to reconsider your attitude towards us.

Note: please help support me by sponsoring me on Patreon. 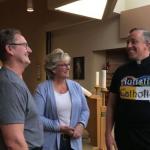 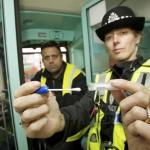