We Should Treat Autistics Like Jesus Treated Lazarus (Homily: 5th Sunday of Lent)

I was invited to give the homily at all the Masses this weekend at Our Lady of the Martyrs in Queens. This was in preparation for World Autism Awareness day on next Thursday (April 2, 2020). Obviously, this has been canceled as there are no public Masses happening this week in the US Roman Catholic Church. However, as I wrote the homily before specifically on the Gospel of the raising of Lazarus, I decided to record it for the parish and for you.

This weekend, the Gospel is the raising of Lazarus in John 11. You can read John 11:1-45 on the USCCB site, but if you remember it, go ahead as I don’t get into detailed exegesis. I preach on the Gospel only and don’t mention the other readings.

Here’s the video. I have the notes I used below which are approximately what I said although not exactly.

Jesus said to Lazarus, “Come forth.”

Lazarus comes out and says, “But I don’t see three other people in the tomb.”

Most of us probably laughed at that play on words as the sound “forth” has two diverse meanings in English. And we assume other people find it at least moderately funny too because we assume everyone processes language in a similar way. We generally assume others process other senses the same as us. When we meet someone who is colorblind who says they can’t tell the difference between two things that are obviously different colors to us, we realize this is not always true.

Being diagnosed with autism in my 30s was akin to realizing I’ve been colorblind my whole life. I was a little devastated at first. But once I understood it, it helped me. I remember reading that most people processed the facial expressions of those they were talking with subconsciously. Like, you all do this automatically. I was shocked. I had to ask a few people to confirm this as I always thought you all just did this slightly better not that you managed this with your subconscious.

Deacon Greg Kandra and Bishop Sanchez invited me here this weekend to speak on autism, as this Thursday [April 2] is World Autism Awareness Day. I think today’s Gospel gives us a bit of an outline of how all of us can help autistics to live their Catholic faith better. I will cover three points of how Jesus acted, and share how this relates to what autistics want the rest of you to know.

Jesus went to meet them where they were

Jesus loves everyone. He calls each to love him and love others. This call does not depend on whether one is autistic or not, or whether the person you should love is autistic or not. Let’s look at each person around and try to love them in a way that helps them. In loving each person, we might need to ask what they need. Such love will also transform them.

Note: please help me with donations such as monthly donations via Patreon. My community relies on donations to sustain ourselves. 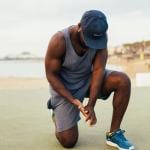 March 31, 2020 How Parishes Can Avoid Laying Off Staff
Browse Our Archives
Related posts from Through Catholic Lenses