Prudence over Politics in Reopening Churches

On Wednesday, May 20, it came out that the bishops of Minnesota will open their Churches for liturgy despite a state order to the contrary. A few days later, the state of Minnesota relented and let churches open. Two days after the bishops defied the state order, Trump said governors should allow churches to reopen “right now for this weekend.” Later, he added, “In America, we need more prayer, not less.” On the same day, Gov. Wolf indicated that Philadelphia and surrounding counties would likely enter the yellow phase of opening up on June 5th, and Archbishop Nelson Perez confirmed that the Archdiocese would be opening up parishes the day after on the 6th.

Should we open up every parish in the country to public liturgy this weekend? Or should we keep them all private for the coming weeks? I wonder about either position and think the answer might be more nuanced. When we are not dealing with intrinsically evil acts, the virtue of prudence needs to weigh a decision based on particular factors.

The virtue of prudence is one of the four cardinal virtues. A classical definition of it is “right reason applied to practice.” The Catholic Encyclopedia expands that definition to: “An intellectual habit enabling us to see in any given juncture of human affairs what is virtuous and what is not, and how to come at the one and avoid the other.” I think these basic definitions suffice for our purposes here.

There are no absolute general prudential judgments, although certain things almost always go one way. For example, running a red light is not an intrinsic evil, but the circumstances are rare when prudence would dictate running one (rushing a bleeding person to the emergency room would be a rare exception, for example).

Without extraordinary circumstances like a pandemic, the weight of evidence regarding holding public liturgies strongly tends one direction. However, when the health risks are judged to be too great or likely too great, it is within a bishop’s power to temporarily suspend public liturgies. Priests still say Mass in private.

Minnesota has had 977 coronavirus deaths as of the moment I write this (May 29).[note 1] This is substantial but nothing compared with New York’s 29,438 coronavirus deaths. The graphs even show the number of new cases in Minnesota per day stabilizing as of early May. With this information and on the advice of health experts in the state, the governor has started re-opening the state up. In fact, earlier on the same day that the bishops issued their statement, it was reported that restaurants, barbers and hair salons can open up on June 1. The guidelines include things like social distancing and all must wear masks.

However, the same guidelines restrict religious services to 10 people in total. No indication for larger spaces that could hold hundreds or thousands; there was no indication even that religious services might be allowed outdoors such as on a parish lawn to make even more space. Even for a secular person who does not believe in religion, it is evident that going to a regular religious service is more essential for believers than eating out at a restaurant (vs. doing pick up) or going to a nail salon. The idea of phased reopening is so that the more essential services open before less essential services. For example, in Minnesota, public gyms and theaters still cannot operate indoors as they are deemed less essential (or possibly a place the virus can pass more easily in a case like a gym).

The bishops tried to work collaboratively with the state. The bishops noted,

Along with some Lutheran colleagues, we submitted a plan to the Governor on May 8 that detailed the sanitation measures we would take and proposed a cap on occupancy limited to 33 percent of building capacity. Our proposed protocols are based on the work undertaken by a group of national medical experts and theologians, the Thomistic Institute, and they are consistent with the practices that have already been put in place in many dioceses throughout the United States.

However, the state did not initially grant even a timeline such as opening for religious services, even at a partial capacity beyond 10 in cavernous spaces. Thus, looking at the fact that health experts saw that partial opening of other less essential services was OK, and other factors, the bishops prudentially judged that a resumption of public liturgy with limited attendance was in order. They want to make sure this is done with significant precaution: “We have charged our parishes with the task of preparing for a limited return to public Mass, but we are not requiring them to begin public Mass on May 26. Each parish community needs to be comfortable that it can meet the standards set forth in extensive and stringent diocesan protocols.” These protocols limit them to 1/3 capacity, and have extensive rules for sanitation and using masks.

In the Archdiocese of Philadelphia, where I currently reside, we had a conference call from the director of liturgy a few weeks back. He indicated that they were working with the state for something like 25% capacity – rather than the originally proposed 25-person limit – when the area moved to the yellow stage of limited activity. Eventually, the state allowed 50% capacity in Churches in the yellow stage, but with all the social distancing rules blocking of pews and spreading non-family members along the pew, I think the practical limit will be quite a bit lower than 50%. (To keep six-feet between families, we have to block off at least 1/2 and possibly 2/3 of the pews, then you need more space between families on the pew, etc.)

This was a collaboration with a government and relying on the same experts in health as to when it is safe. When possible, this seems prudential. The state of Pennsylvania is allowing people to go shopping for things beyond just food and home repair, it is allowing social gatherings of up to 25, and is allowing most businesses to open except things like hair salons, theaters, and gyms. In such a situation, it seems that the relative risk of a Church that is disinfected between Sunday Masses and has distancing in place would be no greater than other comparable less-essential activities.

Many other dioceses are in a similar situation to Philadelphia. I use it as it is one of the biggest in the country announcing restarting public liturgies right now, so it can serve as a model.

Some people took Trump to argue for opening every Church. In some places, it is still imprudent. However, his actual decree seems to be mandating that Churches can open if they see it as prudent.  Trump said, “I call on governors to allow our churches and places of worship to open right now.” But many dioceses intend to continue private liturgies for the coming week or weeks. If we go into Trump’s remarks, you note that he is calling on governors not to restrict Churches. That leaves the prudential decision with the local church to open or not.

In situations like Minnesota, where the restrictions on Churches seemed much stricter than on less essential gatherings, a change is needed along the lines of what Trump said. However, in other situations, prudence dictates other means. In the diocese of Brooklyn, which has been at the epicenter, they just announced churches will be open soon for private prayer (May 22 update). This diocese has not yet given any indication when they will open for public liturgies. On the other hand, in Philadelphia churches have been open for private prayer most of the day throughout the whole shut down, with limits of 10 people.

The coronavirus situation is very different in different parts of the USA. As of May 22, 2020, coronavirus deaths varied from 148 per 100,000 in New York to 1 per 100,000 in Alaska and Hawaii. The curves for how many new cases are happening also follow different trajectories with new cases in some states still rising, while they are stabilizing or going down in others. Other factors also play into determining when and to what degree to reopen public liturgy. For example, a bishop might consider factors like hospital infrastructure, the average age of the clergy and parishioners in a diocese, the current rates in a specific county or town, how physically full a church is on an average Sunday, population density, etc.

Prudence is a judgment about particular facts. There is never going to be a way to make going to Mass have 0.0000% risk of sharing an infection. Generally, it is low enough that having public liturgy seems like the obvious option. However, when the combination of the risk of sharing the infection and that infection’s deadliness reach a certain level, prudentially public liturgy should not be held. In March, as coronavirus was spreading all over and there were inadequate tests to get accurate numbers in most places, it seemed prudential to make liturgies private. Now, that we have more testing and some places clearly have a lower risk, some re-opening of public Mass seems prudential.

In some places like Italy, these decisions were made on a nationwide basis. However, Italy is the size of a US state (it would be 6th between New Mexico and Arizona) so the situation was similar across the country. In the US, however, the situations vary dramatically in different parts. Thus, a more localized decision seems prudent. Some state bishops’ conferences are acting together while in other places each diocese is making these determinations.

I think it pretty obvious that a factor such as 17 per 100,000 dying in Minnesota vs. 198 per 100,000 dying in New York City means that the bishops of those two places have different information to consider when considering restarting public liturgy. I find it completely appropriate that the bishop of Crookston, Minnesota, and the bishop of Brooklyn, New York come to completely different prudential judgments due to significantly different local information they have. In fact, I would question a blanket statement treating those situations equally.

We should pray for our bishops as they judge these prudential matters. I do not think this is an easy decision for bishops either way. I think in general we should trust bishops in these choices even if we would have moved a little faster or slower if we were in charge. 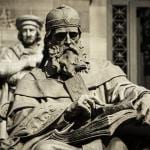 May 14, 2020
St. Isidore of Seville is NOT the Official Patron of the Internet.
Next Post 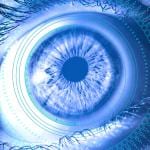