St. Isidore of Seville is NOT the Official Patron of the Internet.

St. Isidore of Seville is NOT the Official Patron of the Internet. May 14, 2020 Fr. Matthew P. Schneider, LC

When I wrote on soon to be Blessed Carlo Acutis, I got the same reply from many. I titled my article, “Patron Saint of the Internet? Carlo Acutis to Be Beatified.” Many objected that Isidore of Seville was actually the patron saint of the Internet. That lead me down a rabbit hole to see if Isidore had ever been so named officially. It seems like he has not been. The results of my research were posted a few days ago on Aleteia (I’m not sure how I missed it).

Claims Isidore Was Declared the Patron of the Internet in 1997

There are many articles mentioning that Isidore was declared the patron saint of the internet, but such declarations would need to come from the Vatican. Some articles claim John Paul II declared this in 1997. […]

Claims St. Isidore Was Proposed in 1999

Claims of Patronage Declared in 2001

Others claim St. Isidore was made patron saint of the internet in 2001. But really all that seems to have happened was a consultation of possible patrons of the internet at the Pontifical Council for Social Communications. […]

Claims of Discussion in 2001

After stating he is the patron saint of the Internet, EpicPew clarified that he was only considered for this patronage by John Paul II: “Pope Saint John Paul II considered Isidore as one of the possible patrons of the internet in 2001.” […]

A 2003 Claim Based Off an Online Poll

A quirky part of this saga is the claim that St. Isidore of Seville was declared patron of the Internet in 2003, based off a poll — but where he came in only fifth as patron saint of the internet. […]

Later Claims That Isidore Is Not Yet Patron of the Internet

In 2007, Father Z posted a prayer to St. Isidore before logging onto the internet. He explains, “While he [St. Isidore] is not the official Patron of the Internet, some think he ought to be. As a result, years ago I was asked to write a prayer to be used using the internet.”

Read the rest over on Aleteia.

Note: Please support me and my community via Patreon so I can keep posting articles like this. 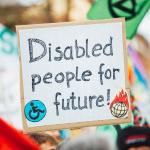 May 13, 2020
Welcoming Autistics at Mass (Podcast with Cincinnati Archdiocese)
Next Post

May 29, 2020 Prudence over Politics in Reopening Churches
Browse Our Archives
get the latest from
Through Catholic Lenses
Sign up for our newsletter
POPULAR AT PATHEOS Catholic
1