Archbishop Viganò was the papal nuncio in the USA years ago but has recently come to fame for various letters he’s written in retirement. He started by revealing a possible cover-up of clerical sexual abuse. However, has slowly gotten further from mainstream Catholicism in what he writes. On August 21, he wrote a letter posted on The Remnant. This letter starts making claims well outside the Bishop’s expertise, which are boldly contrary to the evidence which is freely and widely available. This article will address the claims he makes about vaccines that Catholics might be confused by.

I will blockquote the archbishop then respond below.

Many exponents of the scientific community agree in affirming that it is more useful to develop a natural immunity rather than inoculate the depowered virus.

I’ve been looking around and have not found any large group of doctors or scientists saying that it’s better to get sick to develop immunity than to be vaccinated to develop the same immunity. Almost every single doctor (over 99%) would argue that being vaccinated for a condition is preferable to having it. There is only one I know of who is trained in immunology that might have said this. However, she had her most noteworthy article retracted with suspicion of scientific misconduct. She has also said many things in the past year that are contrary to evidence that is both proven and freely available. She is not reliable. For example, she claimed an autism treatment was a miracle cure that was covered up. It was a 2017 study where five patients were given the treatment that showed moderate success (1.5 points on a 10 point scale), so they are setting up a phase II trial (that was delayed to 2021 due to coronavirus). Instead of a cover-up, this looks like normal science that moves through stages of tests with progressively larger samples before recommending a treatment for a wide group of people. I think sometimes we would wish that such studies would move faster, but except for emergencies like COVID or complete paradigm transformation like CRISPR, scientific research usually progresses at a walking – not sprinting – pace.

[Coronavirus] does not yet seem to have been isolated according to the protocols of science-based medicine.

It was isolated in late 2019: that’s what the 19 in Covid-19 means. On January 9, 2020, the Washington Post reported: “A group of Chinese experts this week isolated and obtained the genome sequence of the new virus, which is believed to be responsible for sickening dozens of people who visited a wild-animal market last month in Wuhan, in central China, state media reported Thursday.” I could cite 30 other sources indicating it was isolated in the last days of 2019 and the first days of 2020. I don’t know what Viganò might intend by that as COVID’s isolation is a clearly demonstrable fact.

It will only be logical to expect that the drugs they make will be ineffective and that the vaccines they promote will be the instrument of spreading diseases rather than eradicating them.

We have dozens of vaccines used in the USA and every single one reduces disease to a degree that health insurance companies realize it’s cheaper to vaccinate than pay for hospitalization and drugs for those infections. Vaccines generally have a danger of serious side effects of about 1 or 2 per million doses. Every disease vaccinated against has a significantly higher chance of serious issues. If we estimate COVID has a 1% death rate, the chance of dying from coronavirus is approximately 5,000-10,000 times the chance of a serious reaction to a vaccine, and only some of those reactions result in death. (Obviously, this makes a few reasonable assumptions like the same rate of serious side effects with a COVID vaccine as other vaccines, no miracle cure reducing COVID death rates by 99.9%, etc. [more than the even the most optimistic studies on any treatment tried so far] but even if things change by a significant margin, we are still dealing with vaccines being significantly lower risk.)

In General, the Church has supported vaccine programs against infectious diseases and encouraged Catholics to get vaccinated. In fact, the Vatican noted in 2017 that there is a “moral obligation to guarantee the vaccination coverage necessary for the safety of others.” The National Catholic Bioethics Center notes, similarly regarding vaccination, “Parents… have a moral obligation to protect the life and health of their children and those around them.”

Some vaccines are grown on stem cells that descend from two aborted babies in the 1960s. As Catholics, we should fight against using these cells for research or vaccine growth. Other options are now available. As individuals, we should also use vaccine other options if available. However, if no other vaccine for a disease is available, vaccines grown on these cells morally can be used. It is remote material cooperation in evil, which can be moral for a greater good, such disease prevention in this case. The Vatican (a 2nd time [#35], & a 3rd time), the English Bishops, the National Catholic Bioethics Center, Catholic Medical Association, an Archbishop with a Bioethics doctorate, a priest with doctoral degrees in both moral theology and microbiology, and most Catholic moral theologians and bioethicists agree on this general outline. Viganò is the only bishop I know of to publicly take a view directly contrary to the consensus on this. He states:

From a moral point of view, for every Catholic who intends to remain faithful to his or her Baptism, it is absolutely inadmissible to accept a vaccination that utilizes material coming from human fetuses in its process of production. This has also been restated authoritatively recently by the American Bishop Joseph E. Strickland in his April 27 Pastoral Letter and in his August 1 tweet.

Even Strickland does not go as far as Viganò in either source he cites. Strickland shows no indication of disagreeing with the above consensus, although he lines up on the more cautious end. He focuses on fighting strongly against such vaccines that use stem cells derived from aborted babies. He does not seem to comment on the morality of individuals using such vaccines.

In his letter, Strickland says, “I ask you to join your voices with mine in an effort to bring to a halt… the use of in line stem cells from aborted babies in developing vaccines.” He also says, “I urge you to join me, NOW, in passionately but prayerfully speaking out against this practice.” The letter includes a link to a link where you can sign that you agree with Bishop Strickland. This page includes the strongest language: “We must denounce any COVID-19 vaccine that is developed using the body parts of aborted children and demand that the pharmaceutical industry use ethical practices.” However, nowhere does Strickland say that being vaccinated with such a vaccine is unethical, which is what Viganò is claiming.

Strickland’s tweet Viganò referenced says, “I renew my call that we reject any vaccine that is developed using aborted children.” This could be interpreted as saying receiving such a vaccine is immoral or not. However, given it is a renewal of the letter, I would read it along the lines of the letter.

In another tweet that Viganò does not reference, Strickland says that he personally will not take a vaccine if derived using fetal stem cells. Most Catholic bioethicists would allow one to take a prophetic witness against abortion like that, but that is different from saying it is immoral to do use the vaccine. One is not obliged to take such a prophetic witness.

Although both the Vatican and the National Catholic Bioethics Center allow a Catholic to take the position of prophetic witness, reading each of their interventions as a whole indicates that vaccinating is the preferable option for most people. The 2017 Vatican statement ends, “While the commitment to ensuring that every vaccine has no connection in its preparation to any material of originating from an abortion, the moral responsibility to vaccinate is reiterated in order to avoid serious health risks for children and the general population.”

Fortunately for us in the USA, the Government has agreed to buy 100,000,000 doses of an ethically acceptable vaccine if the final trials are successful. The Lozier Institute (the education and research arm of the Susan B. Anthony List) has a good explanation of the ethical issues specific to COVID vaccines with a list of them by ethical problems or not.

There are people operating on the ideological plane who, using the opportunity of the vaccine, would also like to implant devices for identifying people, and that these nanotechnologies – I am referring to project ID2020, “quantum dots” and other similar initiatives – are being patented.

ID2020 is not at all about vaccines or some kind of implant. It is a public-private partnership trying to ensure every person has some kind of ID. In the USA or Canada, we can identify ourselves with a driver’s license, passport, etc. which then allows us to exercise our rights. But about 1 billion in the world don’t have access to something like that so ID2020 is attempting to find a way to give them a digital ID. It has nothing to do with vaccines or implants.

I’m not quite sure what he means by “Quantum dots.” They tiny semiconductors that produce light. He could refer to better TVs, a theoretical but yet unproven way to fight infections like coronavirus, or about saving one’s vaccine record in the skin. The last seems the most plausible. This would essentially be like a microscopic tattoo that is not visible without a special sensor. The ones researched for vaccine record-keeping glow under infrared light. The purpose is to track vaccinations in places where record-keeping is not that good, so doctors can make sure all are vaccinated, and they don’t vaccinate some kids twice. In theory, this could be used in nefarious ways. However, as far as I could find there are no plans to implement this technology in parts of the world like the USA where good records are kept. Plus, people here have enough money and technical ingenuity that we could get the right infrared light to make them glow and see them ourselves if they ever started being used here.

The letter has some other things that may or may not be true. I just focused on vaccines as I’ve been looking into them recently.

Let’s pray for Viganò and other vaccine conspiracy theorists. I don’t know what will move them to stop pushing such nonsense. 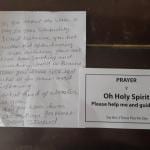 August 22, 2020
Woman Told She Should Have Aborted Autistic Children
Next Post 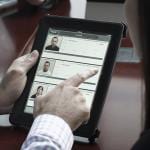