I have written several times about facial recognition before. As a large concern of mine is the ethics of privacy, the connection is quite evident. Recently, Portland passed the strongest facial recognition ban in the USA. I want to share that story and do a little moral analysis.

The Facial Recognition Ban in Portland

CNN reported on this ban:

The city of Portland, Oregon, on Wednesday banned the use of facial-recognition technology by city departments — including local police — as well as public-facing businesses such as stores, restaurants and hotels. […]

Facial recognition technology has grown in prevalence — and controversy — in recent years, popping up everywhere from airport check-in lines to police departments and drugstores. Yet while it could add a sense of security and convenience for businesses that roll it out, the technology has been widely criticized by privacy advocates for built-in racial biases and potential for misuse. […]

In addition to halting city use of the surveillance technology, the new rule prevents “private entities in places of public accommodation” in Portland from using it, too, referring to businesses that serve the general public — a grocery store or a pizza place, for instance. It does not prevent individuals from setting up facial-recognition technology at home, such as a Google Nest camera that can spot familiar faces, or gadgets that use facial-recognition software for authenticating users, like Apple’s Face ID feature for unlocking an iPhone. […]

Because no federal guidelines exist to limit or standardize the use of such surveillance technology, and few state rules are in place, municipalities are left to decide for themselves what, if anything, to do to control its use.

You can read it all there.

I think most likely such bans are definitely a good thing when used on massive scales like using it to recognize each person going by a location or similar. However, I think if we have a video of a crime, such as a security camera at the bank during a bank robber, where a face is clear enough to run it through facial recognition software, I think it might be possible if properly restricted. They may need to establish some system where they need to check with a judge (like a search warrant) before running video through facial recognition software. Privacy is a good but not an absolute good and it can be forfeited by seriously immoral and illegal actions. The mention of a search warrant shows a similar reality where we each have privacy to our house but if there is reasonable suspicion of criminal evidence there, the police can violate that privacy.

As I wrote about implementing it before:

[2 years] ago, Sen. Durbin asked Mark Zuckerburg a few questions about privacy. One was: “Would you be comfortable sharing with us the name of the hotel you stayed in last night?” Obviously, even Zuckerburg was not comfortable sharing this. We all want a certain amount of privacy over what we do, but with wide use of facial recognition, this seems no longer possible.

We all understand the problem with the social credit score the Chinese government is using… I don’t think anything like that is likely by western governments anytime soon, but if we aren’t careful about how we use facial recognition, this technology could create a certain dystopia. Imagine if when we do a eucharistic procession through downtown, all of that is logged in a government computer forever. That might scare some people away, and most of us probably don’t want that on a government computer for 30 years.

Maybe in the future, we can find limited use of facial recognition software by governments, but we need a ban now to make sure we get it right. Once we have a database of everyone’s face and your every step through downtown for a decade is stored on a computer it will be in large part too late.

I still hold generally the same views. However, as noted above, I think something like a search warrant could be issued once the police have determined the video or photos in their possession is of a crime but want to identify the perpetrator.

Along with privacy, some uses of facial recognition violate the principle of innocent until proven guilty. For example, in 2018, the ACLU compared members o congress against records and found that a system in use would arrest 28 of them as criminals. Aside from eh jokes about corrupt politicians, the issue was that these 28 were identified as people other than who they are.

HuffPost reported that this was the only technology Google held back on as they recognized the dangers:

Former Google CEO Eric Schmidt shared one technology he says is the only one Google has ever built, then withheld: facial recognition.

“We built that technology and we withheld it,” Schmidt said of facial recognition at the All Things Digital D9 conference in California. “As far as I know, it’s the only technology Google has built and, after looking at it, we decided to stop.”

We need to protect our privacy and other rights by restricting the use of facial recognition software. Maybe we can allow it in specific cases with a judge’s orders but the unbridled use of it would be our ruin.

Note: If you want more on privacy from a Catholic perspective, please support me on Patreon. 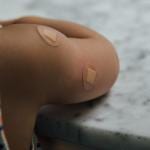 September 18, 2020 An Autistic Mental Breakdown Doesn't Excuse Shooting a 13-Year-Old
Browse Our Archives
get the latest from
Through Catholic Lenses
Sign up for our newsletter
POPULAR AT PATHEOS Catholic
1