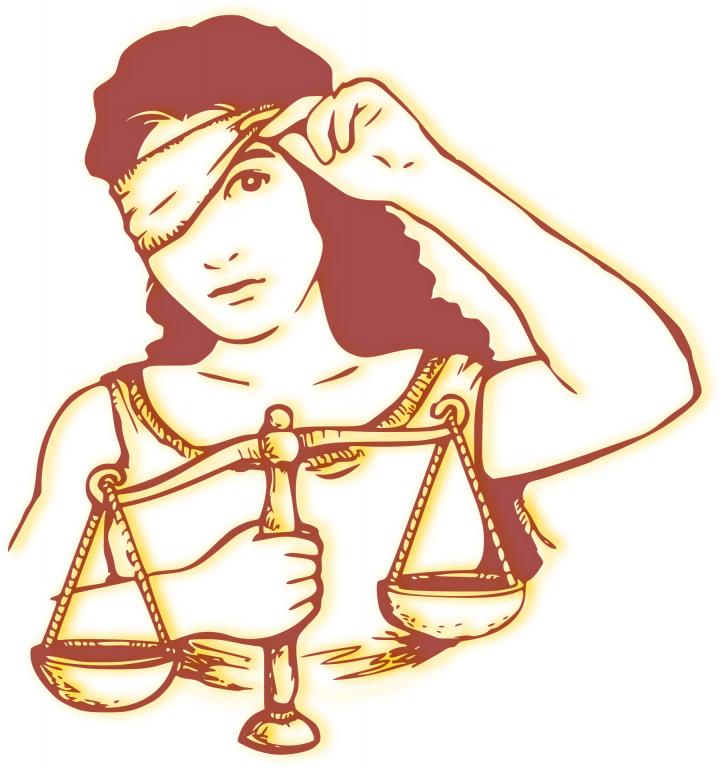 The ACLU recently ran congresspersons’ faces against a database of 25,000 mugshots using Amazon’s facial recognition software and discovered some matches.

In a test the ACLU recently conducted of the facial recognition tool, called “Rekognition,” the software incorrectly matched 28 members of Congress, identifying them as other people who have been arrested for a crime.

The members of Congress who were falsely matched with the mugshot database we used in the test include Republicans and Democrats, men and women, and legislators of all ages, from all across the country.

Now, I know someone is thinking of a joke about politicians’ criminal activity. That isn’t the point!

The Loss of Innocent Until Proven Guilty

The danger is that such computer face recognition in the hands of law enforcement makes people guilty until proven innocent. The same report points to some of these concerns:

If law enforcement is using Amazon Rekognition, it’s not hard to imagine a police officer getting a “match” indicating that a person has a previous concealed-weapon arrest, biasing the officer before an encounter even begins. Or an individual getting a knock on the door from law enforcement, and being questioned or having their home searched, based on a false identification.

An identification — whether accurate or not — could cost people their freedom or even their lives. […]

Matching people against arrest photos is not a hypothetical exercise. Amazon is aggressively marketing its face surveillance technology to police, boasting that its service can identify up to 100 faces in a single image, track people in real time through surveillance cameras, and scan footage from body cameras. A sheriff’s department in Oregon has already started using Amazon Rekognition to compare people’s faces against a mugshot database, without any public debate.

You can read the full report on the ACLU site.

For a more comical example, do you think I’m a Premier League footballer (professional British soccer player)? Well, Here’s a comparison of myself with Peter Crouch, a British footballer. 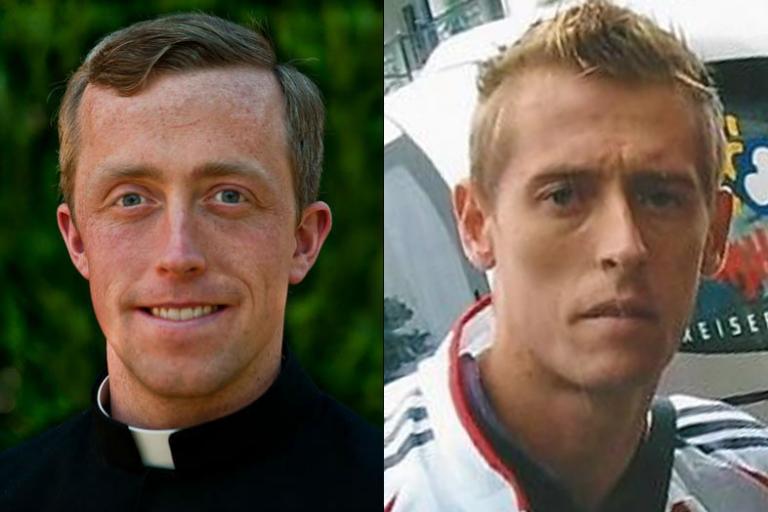 Now obviously, there are similarities. He looks like the brother I never had (I have 3 sisters). But I can assure you I don’t live a second life as a soccer star.

Now image the same, but some police officer’s body cam catches my face and matches it to a criminal. That police officer and the criminal justice will tend to assume I’m guilty until proven otherwise. Without a specific training regarding false positives, the presumption will be “guilty” if there is a match.

I’m not always a fan of the ACLU with some of their other campaigns but I see a common cause here with defending “innocent until proven guilty.” We see this in the Church’s condemnation of gossip. If we can’t speak ill of others, all the more we shouldn’t imprison them for unproven accusations. The Church supports a robust system to ensure people are guilty before they are condemned. Trial methods to determine guilt or innocence vary by country but all must in some way believe in the innocent until proven guilty. It is unjust for a state to punish someone for a crime unless it is quite sure the person is guilty. (In the USA, we use “beyond reasonable doubt” to express this may not be universal.)

The Church has similar rules regarding canon law. Canon law allows the bishop to punish someone public acts. However, people always maintain their right to defend themselves in canonical court. Canon also defines crimes narrowly, so questionable acts will not be seen as crimes.

US law also maintains this as a principle. Thus theology, canon law, and US law all agree in maintaining this principle.

Innocent Until Proven Guilty Originated with a Cardinal

We might think of Innocent until proven guilty as part of American law alone. However, a CUA Law article from 2003 takes us back to a Cardinal 700 years ago.

Rather than a sturdy Anglo-Saxon, a cardinal of the Roman church, a Frenchman, a canonist, Johannes Monachus was the first European jurist to recognize the inexorable logic of God’s judgment of Adam: God could not condemn Adam without a trial because even God must presume that Adam was innocent until proven guilty. Other canonists played with the idea of defendants’ rights. They coined a proverb that God must even give the devil his day in court. […]So – the answer to our question, who first uttered the principle, Innocent until proven guilty – a perfect question for the legal edition of Trivial Pursuit-is the French canonist Johannes Monachus. [His gloss through other law books] was a primary vehicle for transmitting the principle to later generations of jurists.

I hope that paragraph, although academic, was readable. Johannes died in 1313, long before guilty before proven innocent later gained traction in the USA. In fact, almost every law currently in force dates from after this date.

A related part of Monachus work is also important. He taught of the universality of natural law, even for the Pope, who was exempt from positive law. He pointed out that some positive law is just an expression of natural law and thus binding on the Pope. I think innocent until proven guilty fits in that category.

There are serious concerns that facial recognition will switch the presumption of innocence. I understand those concerns and strongly think we need to manage them through how we approach such issues. This isn’t to say there is no use for such technology. If a computer can go through a database of 20,000 previous arrests in 10 seconds when an officer encounters a suspect to point out possible matches the police officer can then consider, then that saves a lot of work manually looking of matches. However, we can’t bow before such technology and presume it always right. False positives abound in such systems. Both natural, Church and US law teach us of the importance of guilty until proven innocent. 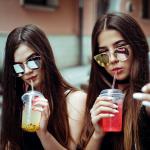 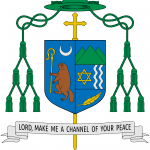 July 30, 2018 Powerful Bishop's Letter on McCarrick Situation: Calls It "Grave Sin"
Browse Our Archives
get the latest from
Through Catholic Lenses
Sign up for our newsletter
POPULAR AT PATHEOS Catholic
1