In America, there is a new Killing Fields. These fields are increasingly soaked with the blood of innocents: women, children, soldiers. The soil that receives the blood is fertilized with hatred, mental illness and fanaticism. The bitter fruit that grows from this soil is division, prejudice, twisted lives and ruined possibilities. To grow such fruit, we must plow under our dreams, our freedoms… and our hopes for a better future.

A mass killing is described when at least four people are killed at the same time. Studies show in most cases these heinous acts are committed by someone the victims know -usually family. The mass killing of innocents that make up the majority of recent high profile news stories are-statistically speaking-almost an aberration rather than the norm…but this is changing rapidly.

Here in 2015 my home town of Wichita, Kansas has borne the brunt of recently enacted open carry gun legislation under the Brownback regimen. Wichita (pop. 386,552) is listed with a murder index of 4 out of 100 (100 being safest), meaning your chance of being a victim of a violent crime is one in 126. Between January and July 17 people have died and over 24 wounded in a series of gun-related fatalities. In 6 of these of fatalities, the cause was domestic violence, often involving multiple victims.

At the same time, the uber-conservative Kansas state legislation (after enacting tax cuts for the wealthiest 15% in the state) has slashed funding for public education, mental health treatment facilities, community social services to the elderly and refused to redress long incarceration sentences for non-violent offenders, mostly minorities over antiquated pot laws.

Is there a collation between these service cuts, the Kansas open carry law and an increase in multiple murder rates in the Sunflower State? That remains to be calculated, but one has followed the other.

With very few exceptions, I think it is safe to say that most Pagans have a natural revulsion to gun violence and the use of armed deadly force except in cases of defense for self and others. This love of the natural world, of seeing ourselves as an interconnected part of the Universe, carries with it a commitment to protect life and nurture diversity. This may explain why Pagans, Polytheists, Heathens and Pantheists gravitate towards championing environmental protection, support GLBT rights and inclusions, seek full and equal rights for women and identify with the struggles of indigenous peoples, religious and racial minorities, and the poor.

The new Killing Fields are sprouting up everywhere, fueled by an inability to come to any agreement about where the individual’s right to keep and bear arms clashes with public safety. These fields are seeded in the ruins of burning black churches, sown with anti-immigration rhetoric, watered by movie theatre atrocities and worsening economic inequalities that make more families collapse into drug addiction, child neglect and spiraling deadly domestic violence.

I am not suggesting guns be outlawed-that simply isn’t going to happen. So you own a gun? Perhaps multiple guns? Are you ready to use one, if you deem it necessary? That is a personal matter we each must address, and beyond the scope of this article’s intentions.

Rather, what we as Pagans have to ask ourselves is this: Are we to accept this madness? Are we to succumb to fear and paranoia, barricading ourselves in our homes with guns and ammo, regulating how and when we will venture out, always on the lookout? To become intrinsically suspicious of others? To give into media-fueled stereotypes about just who and where we should avoid? Do we bow to mass killings as the new normal?

There are no easy answers…only more troubling questions. The harvest from the Killing Fields that is seeping into every part of America can only produce more of the same. What are we-as children of the God/dess(ess)-going to do about it? What are YOU going to do about it? 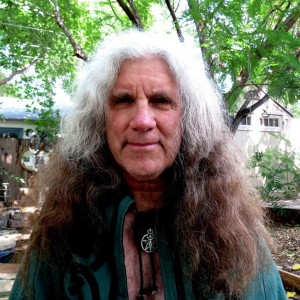 Would you like to be featured on Through the Grapevine? Submit stand alone articles for our Pagan Voices series to Jason at jmankey @ patheos dot com. Submission is no guarantee of publication. 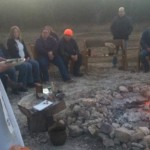 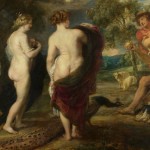 September 4, 2015 Conversations: Paganism, A Spiritual Identity or a Social Grouping?
Recent Comments
3 Comments | Leave a Comment
Browse Our Archives
Related posts from Through the Grapevine

What I Wish I'd Known about Being a...
I remember the early days of my witch-ventures. I read all the...
view all Pagan blogs
What Are Your Thoughts?leave a comment

3 responses to “Pagan Voices: The Madness of Gun Violence”