Love Song to a Love Song: The Tree of Life 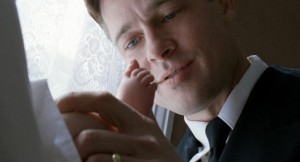 Few movies have penetrated my soul like “The Tree of Life,” Terrence Malick’s impressionistic love song to life, the universe, and everything that comes out on DVD this week. The fragmentary film follows a middle aged man (Sean Penn) as he remembers his brother, killed years ago at 19, and reflects on his relationship with God and his own brokenness. Many of his mental memories of spirituality were influenced by his Mother (Jessica Chastain), angelic in memory, and his hard Father (Brad Pitt) as he grew up in the 60s in Texas.

Like a stained glass window, the film is made of pieces of images, story, and music that appeal differently to each viewer.

For me, the primary concept that keeps echoing around my head as I go through life is the opening prologue which compares the way of nature with the way of grace.

“The nuns taught us there were two ways through life – the way of nature and the way of grace,” whispers the Mother, “You have to choose which one you’ll follow. Grace doesn’t try to please itself. Accepts being slighted, forgotten, disliked. Accepts insults and injuries.”

“Nature only wants to please itself. Get others to please it too. Likes to lord it over them. To have its own way. It finds reasons to be unhappy when all the world is shining around it. And love is smiling through all things.”

“The nuns taught us that no one who loves the way of grace ever comes to a bad end.”

“I will be true to You. Whatever comes.”

114 words, spoken in the movie haltingly, as if each word matters, imposed over images of a beautiful mother as she smiles through the world around her. These words are her statement of faith, her framework for her life, and her challenge when tragedy strikes.

Like the Mother, I find myself wondering if my actions are the way of nature or the way of grace as I go about the tiny tasks and worries of my day. The framework has become part of me.

Others with whom I’ve spoken hardly remember that passage, but key off other images or ideas. One friend, an architect, was moved by the images of spaces in the film, how the afterlife is portrayed as wide open, free, and earthly life is increasingly closed in and removed from nature. Another woman was moved by a brief scene of a father and child planting a tree. Still others speak of the unimaginable grandeur of God seen through the cosmos and accompanied by choral music.

I have also spoken with many who hate the film. Its focus on images and lack of coherence strike them as pretentious and boring. At 139 minutes, it’s undoubtedly too long. At least half an hour should be cut.

The trick, however, is figuring out which thirty minutes to eliminate. While I most disliked the final scenes of the film, in which the family unites in a sort of afterlife, I have spoken to people for whom those images were deeply moving. The births of children, portrayed as swimming through doors and running through gates in gardens? Perhaps unnecessary, but haunting in their beauty and statements of life’s origins.

The meaning and questions would not strike with such power if Malick had not also captured the profound joy and beauty of life.

Which takes time, after all.

Perhaps the most universal disparagement is of the scenes of dinosaurs running through ancient earth. What was that?

Honey, I hear ya. We all wonder what that was.

Despite these very serious critiques, I left the theater feeling deeply content, as after a particularly good church service or a fulfilling day in a museum, but also confused. It took me a day of pondering just to figure out what was happening in the film. Me! Who spends her professional life summing up movies in a sentence or two!

My mind kept coming back, flirting with images and ideas, wondering, feeling.

The second time I saw it, I wept.

I think the thing I love most about the film is that, unlike most movies, you have to work at it. Each viewer brings himself to the movie and struggles with the discomfort, the questions, the infuriating vagueness of it. Although deeply Christian, I believe, in it its outlook, the film offers no answers or catechism of faith.

Instead, it makes faith, and I would argue Christian faith, universal. When the boy Jack, stunned by his own dark desires, cries out “The things I do…I hate!” it is not a treatise on the Apostle Paul and his theology, but an emotive heart-cry that feels common to all humanity. I did not recognize it as a Bible verse, although it surely is, but instead it made the Bible human to me, as an emotive universal distress that predated the day the Apostle Paul wrote those words.

I must note, however, that people of other faiths – or no faith at all – also see themselves in this film and are moved by it.

Like a great cathedral painting, an aria, or a particularly powerful church service, it requires you to work for your experience, for the insight you will gain.

For once in the theater, we are not consumers, but worshippers.

The film is far from perfect and will feel unfamiliar, but I urge you to give it a chance.

If it insinuates itself into your soul the way it has into mine, I would love to hear about it.

Rated PG-13, the film is appropriate for children, and would be a fascinating conversation starter with children, if you can get them to sit through it. It’s not Sponge Bob. 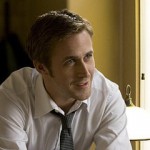 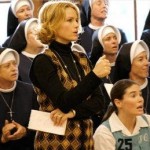 October 21, 2011 The Mighty Macs
Recent Comments
2 Comments | Leave a Comment
Browse Our Archives
get the latest from
Family
Sign up for our newsletter
POPULAR AT PATHEOS Family
1

Do This One Simple Thing When Your Husband...
Do you ever think, "Why does my husband irritate me so much?"...
view all Family blogs
What Are Your Thoughts?leave a comment

2 responses to “Love Song to a Love Song: The Tree of Life”